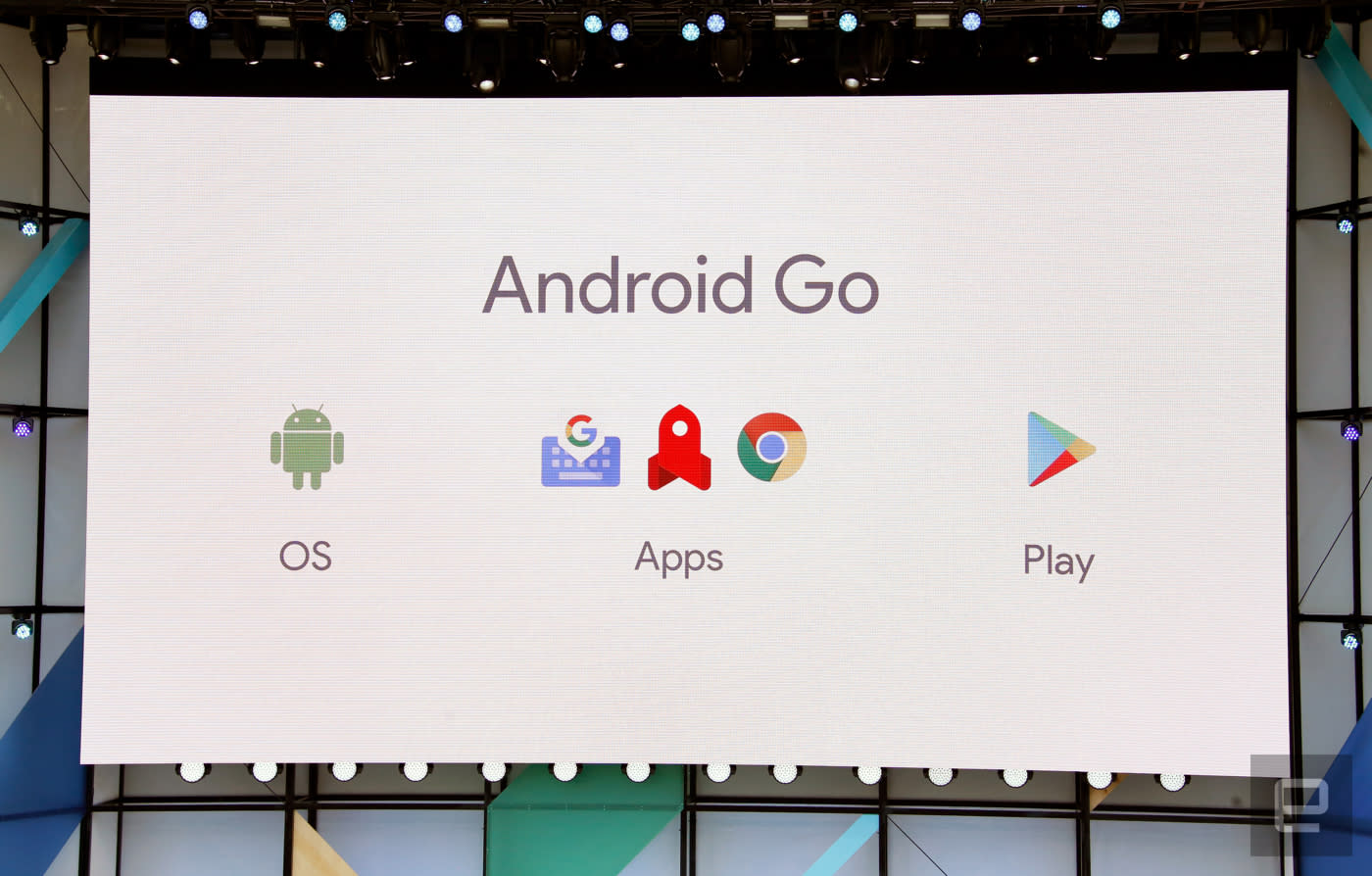 Google is finally releasing the bare bones version of Android it showed off at I/O 2017 back in May. The tech titan is making Android Oreo Go available to manufacturers with Android 8.1, which is scheduled to drop anytime within the next 24 hours. This optimized version of Google's mobile OS was created specifically for devices with only 512MB to 1GB of memory. It was built to be lighter and to run faster on phones that don't come with big ROMs and the most advanced components money can buy, with core apps that are 50 percent smaller and 15 percent faster than their full-sized counterparts.

The suite of pre-installed apps you'll find on a Go phone include Google Assistant Go, Files Go, Google Go, Google Maps Go, Gmail Go, YouTube Go, Gboard, Chrome and the Play Store. Most of these apps are stripped-down variants with simpler interfaces and, in YouTube's case, the ability to load the lowest resolution of videos possible.

Files Go can help make phones with smaller storage spaces more usable and manageable by suggesting unused files and apps to delete, as well as making it easy to back up files to the cloud and to make them available offline. Google Go, which used to be known as "Search Lite," makes it faster to find info. The other apps like the Play Store and Chrome for Go aren't exactly a separate entity -- in Chrome's case, its Data Saver function is switched on by default to help users save data.

At an event in India, Google has revealed that its partners' first Go phones will hit shelves in early 2018. It's unclear if they'll also make it to the US and other developed nations, but they won't make a huge dent in your wallet if ever they do.

In this article: android, androidgo, androidoreogo, gear, google, launch, mobile, release
All products recommended by Engadget are selected by our editorial team, independent of our parent company. Some of our stories include affiliate links. If you buy something through one of these links, we may earn an affiliate commission.