You'll also be able to play games within video chats next year.

Facebook is celebrating the first year of games on Messenger by introducing new titles and a few new features, starting with the ability to livestream them to friends. If you want to show your friends list how good you are with Everwing -- or how much you suck at it -- all you need to do is tap that new camera icon in the upper right corner of the game screen to stream on Facebook Live. You'll then be able to choose which audience you want to share it with before you post it like you would any other Live video. This particular feature is will be available starting today, but Facebook has another offering in store for 2018.

Early next year, you can play games with friends from within a video chat in real time, allowing you see each other's reactions and have a deeper level of connection even if you're not physically in one location. By the looks of things, this one will roll out title per title, since the first one slated to get it is none other than Words with Friends. It could certainly give old players who think it's lost its luster the incentive to pick it up again... and make faces at opponents to distract them from conjuring up that winning word. 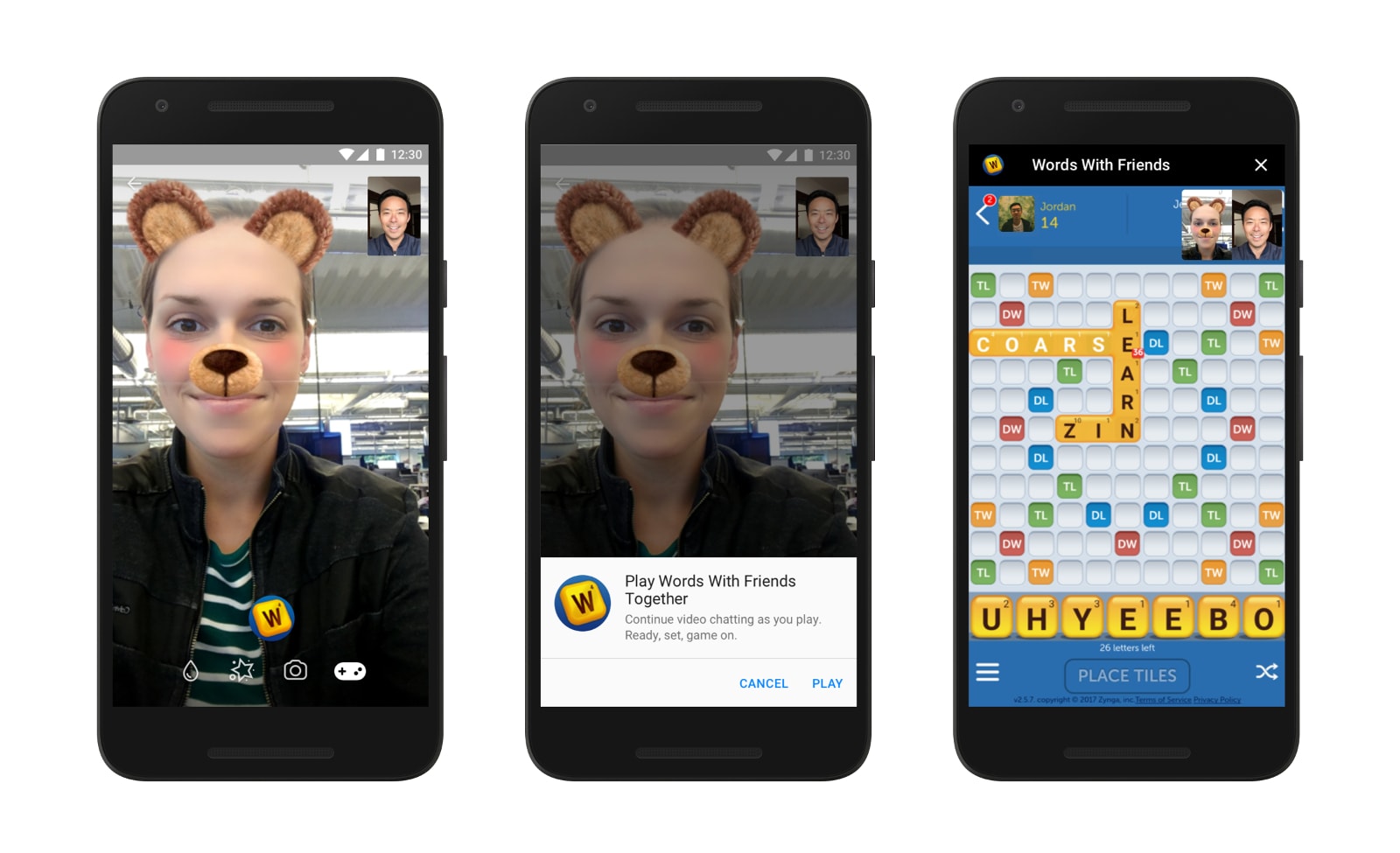 In addition, Facebook is also launching new games for Messenger next year, including Angry Birds. A new version of the physics game with unique features and modes created specifically for the chat app will launch in early 2018, followed by a few more titles like arcade-style adventure Sonic Jump by SEGA.