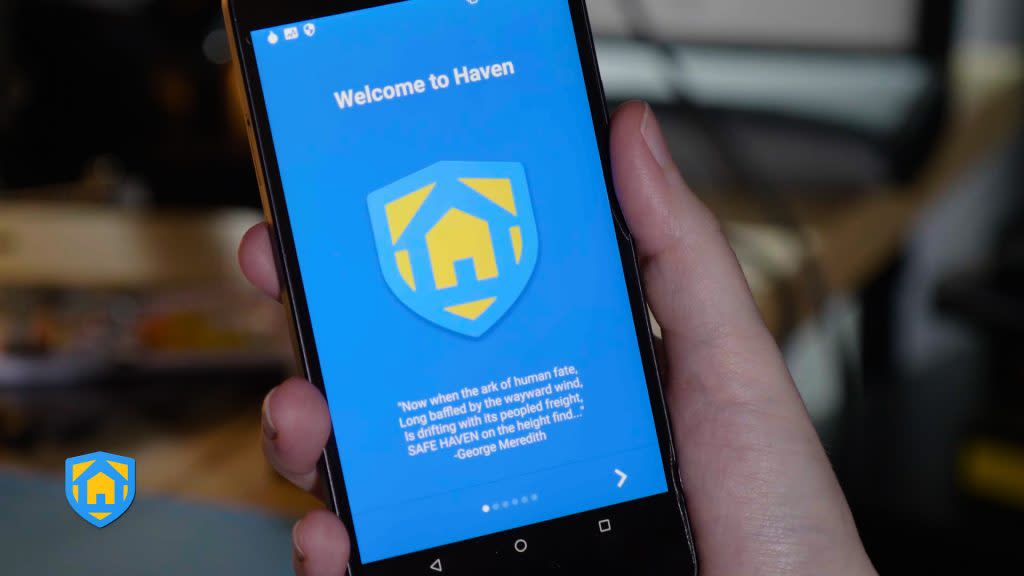 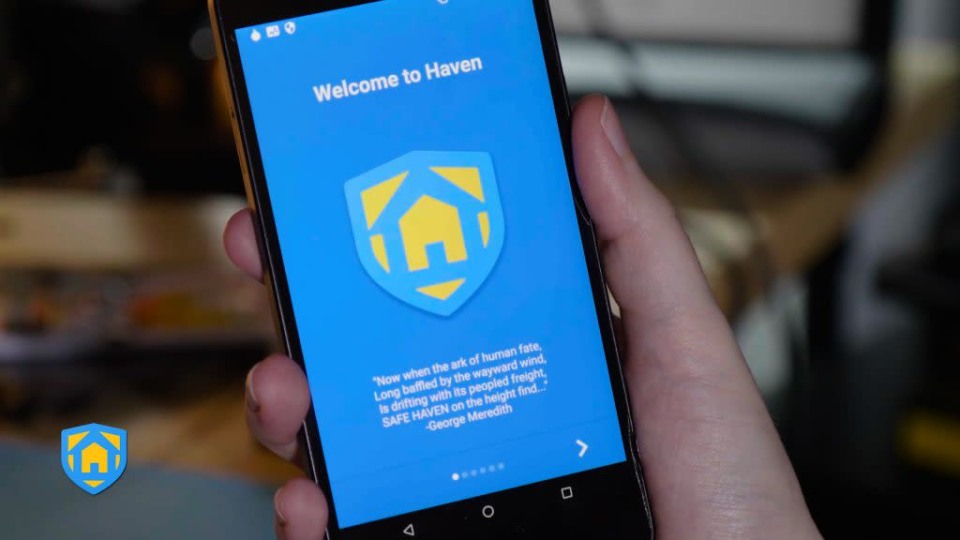 Forget phone calls — a new app from The Guardian Project, the Freedom of the Press Foundation and Edward Snowden aims to turn Android smartphones into tiny, unobtrusive security systems. Haven, released today in public beta, was designed to use a phone's built-in sensors to track sudden changes in the environment around it. Let's say you'd like to keep tabs on a room while you're away from it — the app can direct compatible devices to record unexpected sounds, look out for changes in ambient light, and notice if it's being picked up or tampered with. You can even prop the phone up and set up the camera for use as a motion tracker, just for good measure.

Given the need for some journalists to protect their hard-won information, it's no surprise that Haven may see use as a means to keep shady interlopers from PCs and laptops containing sensitive data. The Intercept's Micah Lee helped develop the app, and described how it could be used to deal with so-called "evil maid" attacks, in which an attacker attempts to physically tamper with a machine in order to compromise it.

"Here's how Haven might work," he writes. "You lock your laptop in a hotel safe — not a secure move on its own — and place your Haven phone on top of it. If someone opens the safe while you're away, the phone's light meter might detect a change in lighting, its microphone might hear the safe open (and even the attacker speak), its accelerometer might detect motion if the attacker moves the laptop, and its camera might even capture a snapshot of the attacker's face."

Haven won't necessarily protect such attacks from being carried out, but the app can be configured to send notifications and recordings via text message and Signal (for end-to-end encryption) when the phone's sensors detect something out of the ordinary. And even in cases where the phone itself doesn't have network access and can't fire off those warnings -- say, if the phone doesn't have a SIM card or isn't connected to WiFi -- every event that triggers an alert is logged locally on the phone. That way, the machine's owner will still be able to tell that an unauthorized actor may have had access to it.

Of course, Haven could — and should — see use outside of those very specific scenarios. Guardian Project founder Nate Freitas calls Haven "the most powerful, secure and private baby monitor system ever," and it's not hard to imagine leaving a spare room in a room with a child to relay every anguished crying jag to parents. None of the data captured by Haven is relayed to third-party servers, so parents and paranoiacs can rest easier knowing they're in full control of this highly personal data. Meanwhile, Wired reports that Haven provided peace of mind to some 60 social activists in Colombia, a country that has seen more than 100 activists assassinated in the past year alone according to a recent UN report.

In this article: android, app, apps, edwardsnowden, freedomofthepress, gear, haven, mobile, security, snowden
All products recommended by Engadget are selected by our editorial team, independent of our parent company. Some of our stories include affiliate links. If you buy something through one of these links, we may earn an affiliate commission.