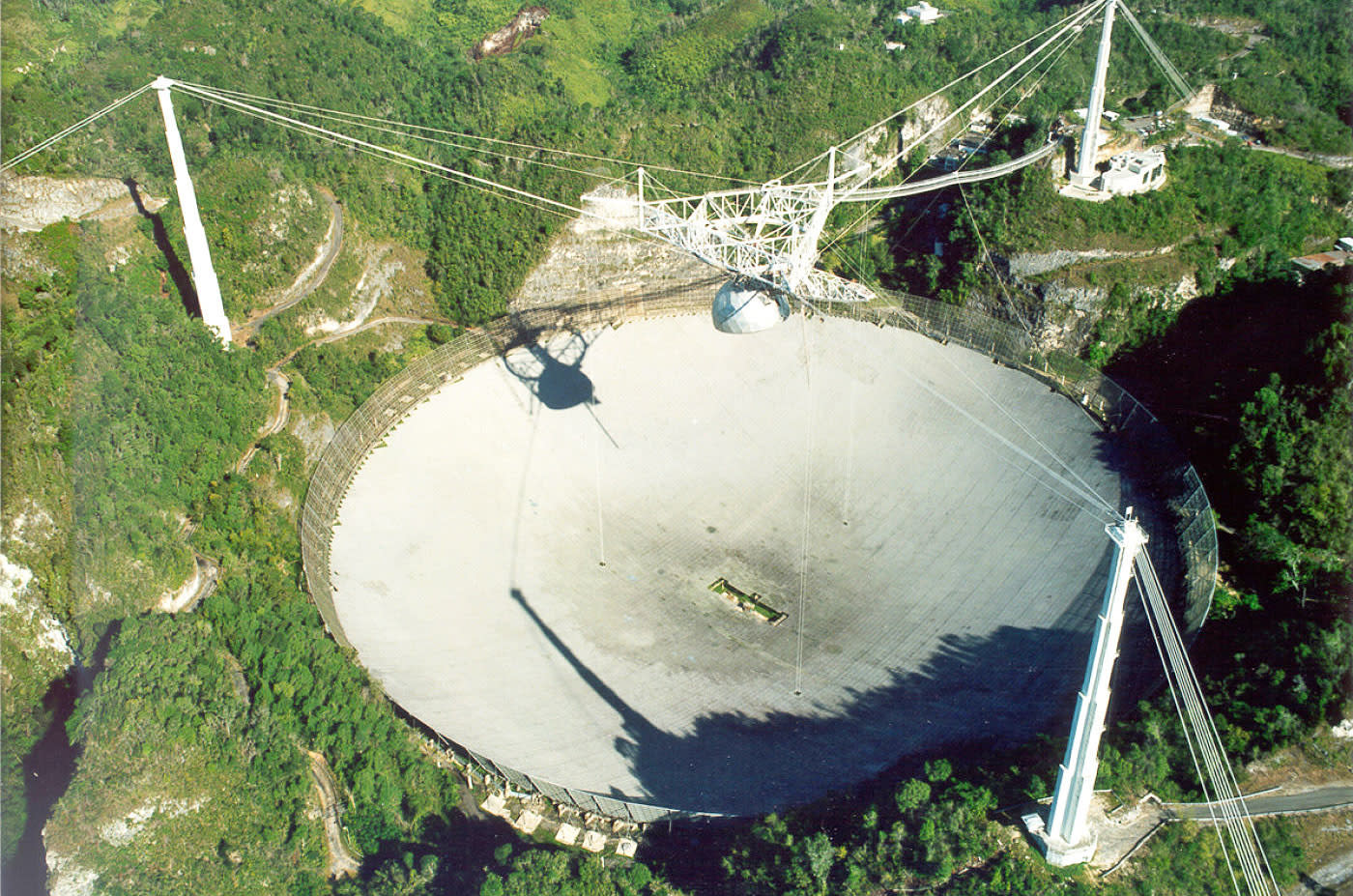 The iconic Arecibo radio telescope has faced quite a few challenges over the last ten years, including budget cuts, a funding crisis and damage from Hurricane Maria. While it may not be the largest radio telescope in the world anymore (that honor belongs to Russia's RATAN-600), Puerto Rico's device is still an important asset for detecting dangers to our planet. It's good news, then, that the telescope is up and running again to be able to check out near-Earth asteroid 3200 Phaethon.

3200 Phaethon is thought to be the parent body for the Geminid meteor shower, which gave a pretty fantastic show recently mid-December. According to the Universities Space Research Association (USRA), Arecibo's radar images of the asteroid show its spherical shape and a several-hundred-meters large concave area, as well as a "conspicuous dark, circular feature near one of the poles." The second-largest near-earth asteroid looks to be about 3.6 miles in diameter, which classifies it as potentially hazardous.

"These new observations of Phaethon show it may be similar in shape to asteroid Bennu, the target of NASA's OSIRIS-REx spacecraft, but 10 times larger," Arecibo's Dr. Patrick Taylor said in a statement. "The dark feature could be a crater or some other topographic depression that did not reflect the radar beam back at us."

In this article: 3200Phaeton, aricebo, asteroid, gear, NearEarthObject, radiotelescope, seti, space, telescope, USRA
All products recommended by Engadget are selected by our editorial team, independent of our parent company. Some of our stories include affiliate links. If you buy something through one of these links, we may earn an affiliate commission.