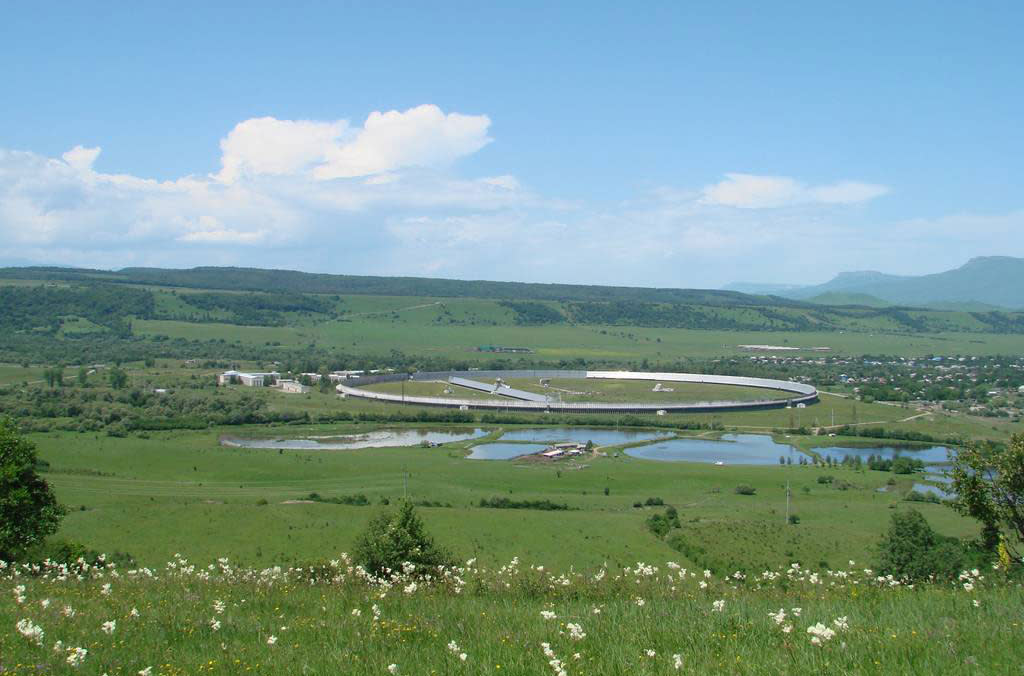 With apologies to the would-be Dr. Ellie Arroways out there: the "unusual signal" picked up by SETI using Russia's RATAN–600 radio telescope and thought to be originating from a star in the Hercules constellation is almost certainly coming from Earth and not some advanced alien civilization. In a statement the Special Astrophysical Observatory of the Russian Academy of Sciences wrote: "Subsequent processing and analysis of the signal revealed its most probable terrestrial origin."

Although the SAO RAS hasn't said what sort of analysis led to the researchers to their terrestrial conclusion, today's announcement does note that the RATAN–600 covers a wide range of frequencies from 1–22.7 GHz, which allows it to search for extremely weak signals. The "interesting" signal had a wavelength of 2.7 cm, but the SETI team only managed to pick it up once out of 39 tries. In an attempt to confirm the signal, the Allen Telescope Array in California was also pointed in the direction of the star system HD164595 in late August, but has so far failed to pick it up.

This wouldn't be the first example of a false alarm: In the past, mysterious signals picked up by the Parkes Observatory in Australia were actually attributed to microwave ovens opened by hungry astronomers who couldn't wait for their food to be ready. While the Russian team still hasn't identified the signal's exact source, the speculation is that it was a "parasite" signal coming from a plane or other satellite. For now, the SAO RAS concludes, "It can be said with confidence that no sought-for signal has been detected yet."

In this article: aliens, extraterrestrial, ExtraterrestrialLife, radiotelescope, ratan-600, science, seti, space
All products recommended by Engadget are selected by our editorial team, independent of our parent company. Some of our stories include affiliate links. If you buy something through one of these links, we may earn an affiliate commission.