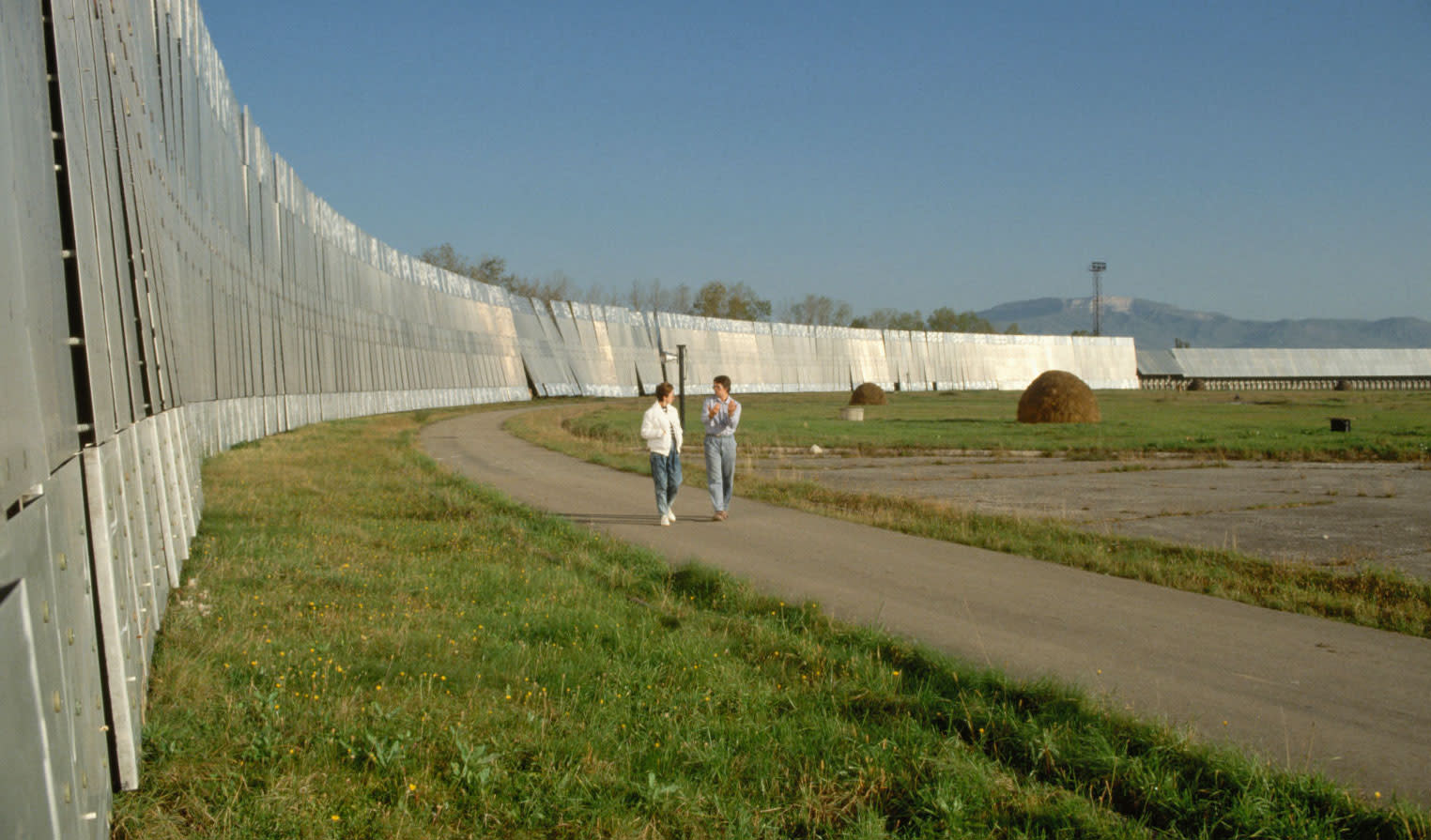 The hunt for alien life might have turned up something special. A Search for Extraterrestrial Intelligence team using Russia's RATAN-600 radio telecope (above) is investigating an unusually strong signal from a star 95 light years away, in the Hercules constellation. It's far from conclusive evidence of sentient beings. However, it's interesting enough that team members have called for "permanent monitoring" of their target, and have managed to get help from both the Allen Telescope Array in California as well as Panama's Boquete Optical Observatory.

There are a few reasons to be optimistic: the star has roughly the same age, mass and metal composition as the Sun, so it's not out of the question that there could be a life-supporting planet (researchers have only detected one, Neptune-like planet so far). However, there are plenty more reasons to be cautious, as Wired points out.

To begin with, the signal could be be the product of noise (including from Earth), a one-off blip, or even a microlensing effect by the star. The telescope covers a very wide 1GHz frequency range, so it's not certain whether this a narrow- or wide-band signal. If there's a civilization at all, we don't know how sophisticated it is. And importantly, the testing methodology is shaky: the SETI team only caught the signal once out of 39 tries (the Allen Telescope won't alert anyone until it gets a signal 12 times), and waited over a year to report what they saw. Even if it's an honest-to-goodness alien broadcast, there's a chance that they gave up between the initial discovery and collaboration with other teams.

The main hope now is that further studies will turn up a repeat signal and give scientists something to work with. That still won't amount to a confirmation of an alien presence (it could just show that there's a naturally occurring phenomenon), but it would represent a large leap forward.

In this article: aliens, extraterrestrial, extraterrestriallife, microlensing, radiotelescope, ratan-600, science, seti, space
All products recommended by Engadget are selected by our editorial team, independent of our parent company. Some of our stories include affiliate links. If you buy something through one of these links, we may earn an affiliate commission.