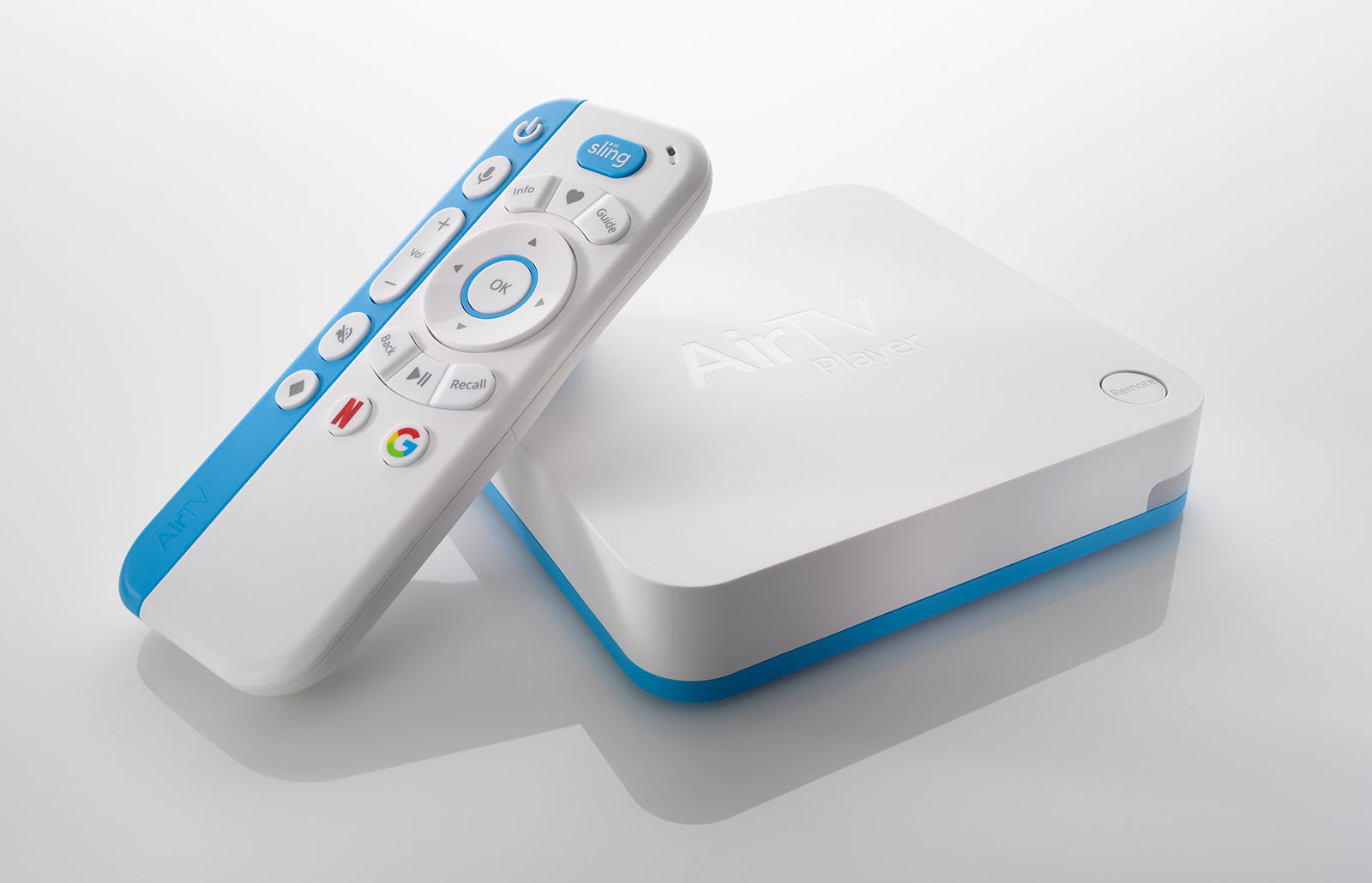 Finding quality 4K content is still rather difficult, but that isn't keeping hardware manufacturers from building devices to support the format. To that end, Dish is announcing a new set-top box called AirTV that has a few tricks up its sleeve. Just as last month's leak showed, it's based on Android TV and combines the Sling TV over-the-top video service with apps from Google Play. But it also works with an over-the-air antenna to pull in free live TV, as well.

With that combo, AirTV is trying to position itself as a one-stop shop for all your video watching needs -- you can get networks over the air, premium cable channels with Sling TV and anything else you want using apps from Google Play. The company is highlighting Netflix and YouTube, but any other app built for Android TV should work here. And if that source is offering 4K videos, you'll be able to watch them in their highest resolution with AirTV.

Netflix and YouTube are two of the main sources for 4K video right now, but the good news is that Android TV means you'll have access to more content sources as they become available. Google Play Movies started offering 4K UHD movies recently, and Vudu has a limited selection of high-resolution titles for rent as well.

AirTV comes with a Bluetooth remote that also has voice control build in; that's not a surprise given that voice control is a big part of the Android TV platform. The remote also has one-touch shortcuts to Sling, Netflix and YouTube, and can connect to your TV and audio systems using infrared. Overall, the package is a bit odd-looking, even childish, and the remote looks strangely unbalanced -- but we can let this go if the package works well.

As for the over-the-air setup, you can plug an antenna into the AirTV box and then any channels you get will be integrated right into the Sling TV channel guide. What's not clear here is whether or not you can use AirTV without using Sling TV. As Dish is the owner of Sling TV, the company is naturally putting it front and center in this product -- but if it's otherwise a straight Android TV box, you should be able to use it without signing up for a monthly Sling TV subscription.

Dish is selling AirTV in two different configurations. The $130 model includes the OTA adapter kit, while a cheaper $100 model only works with internet TV options. If you later decide you want to add an antenna, you can buy a $40 adapter. AirTV goes on sale today, and we'll have a chance to check it out on the CES show floor later this week. It's a bit of an odd duck product -- most people interested in over-the-air TV aren't necessarily the same people looking to cut the cord, but at the very least AirTV has a somewhat unique feature set and could be appealing to those who don't want to pay for cable.

Click here to catch up on the latest news from CES 2017.
In this article: 4k, 4kstreaming, airtv, androidtv, av, ces2017, dish, gear, google, nvidia, slingtv, TL16TBOC
All products recommended by Engadget are selected by our editorial team, independent of our parent company. Some of our stories include affiliate links. If you buy something through one of these links, we may earn an affiliate commission.