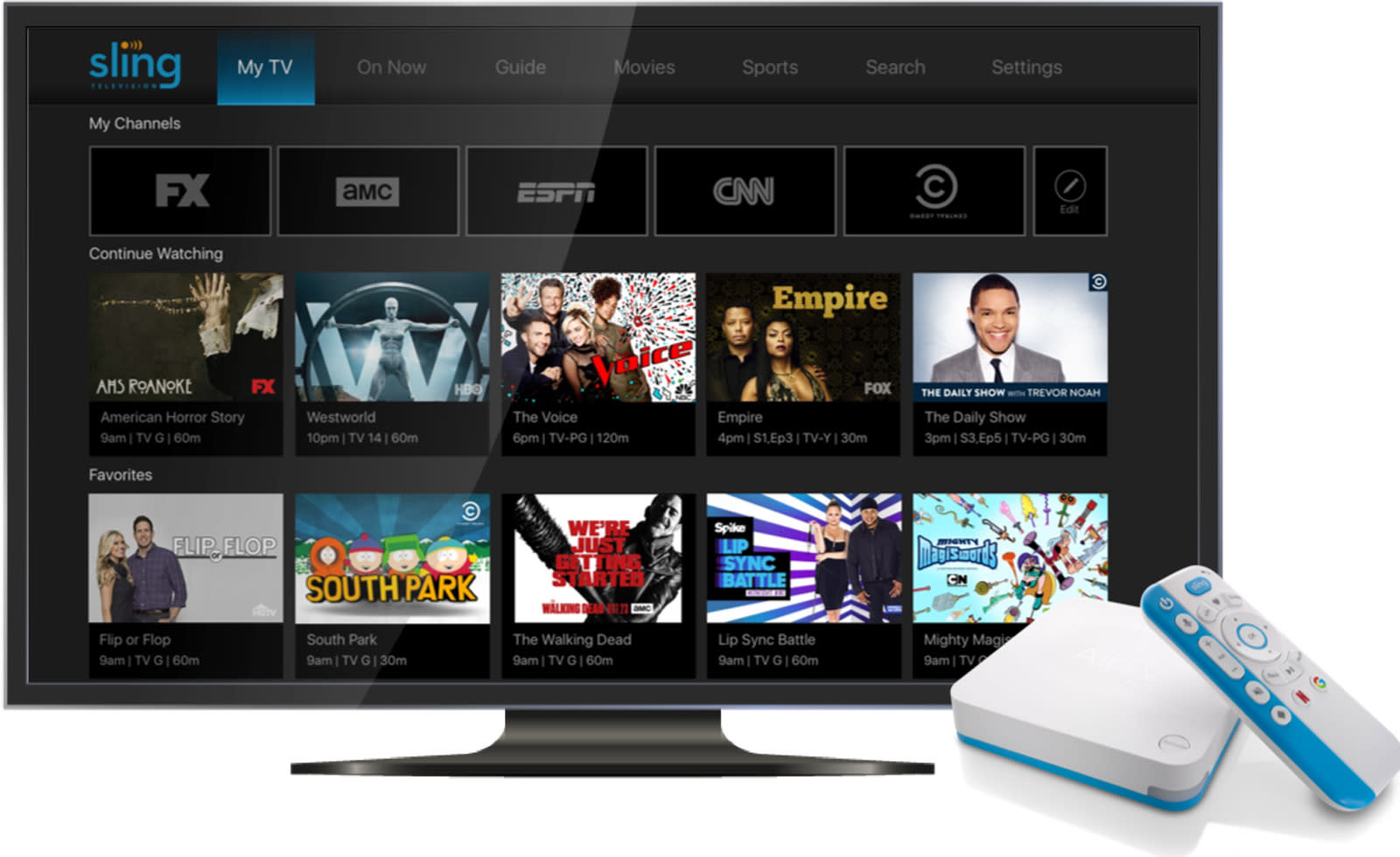 The Sling TV team has inadvertently spilled the beans on its previously leaked media hub for cord cutters. Zatz Not Funny discovered a briefly available landing website for the AirTV Player, and it's clearer than ever that Sling (read: Dish) is catering to those determined to leave cable and satellite behind. The set-top box will revolve around a home screen that merges over-the-air TV tuning with not only Sling TV, but Netflix -- you won't have to jump between apps or devices to watch both your local news and the latest season of Black Mirror. And since this is an Android device (notice the "G" button on the remote), there's a good chance that other online services will be available as well.

It's not certain how much the AirTV Player will cost or when you can get it in your hands. However, a launch at CES in January seems likely given that Dish tends to have a major presence at the trade show. It could be a big deal if there aren't any rude surprises in the pricing or execution, though. Until now, you've typically needed a separate over-the-air TV tuner device (like Nuvyyo's Tablo DVR) if you wanted local live programming wrapped in a slick interface. That won't be necessary here, as you can just buy one gadget that covers both your local TV and streaming needs. No matter how well it works, it's clear that Dish wants to give you as many reasons as possible to skip rivals like PlayStation Vue and DirecTV Now.

In this article: android, av, cordcutting, dish, dishnetwork, gear, internet, netflix, ota, services, set-topbox, sling, slingtv, streaming, television, tv
All products recommended by Engadget are selected by our editorial team, independent of our parent company. Some of our stories include affiliate links. If you buy something through one of these links, we may earn an affiliate commission.