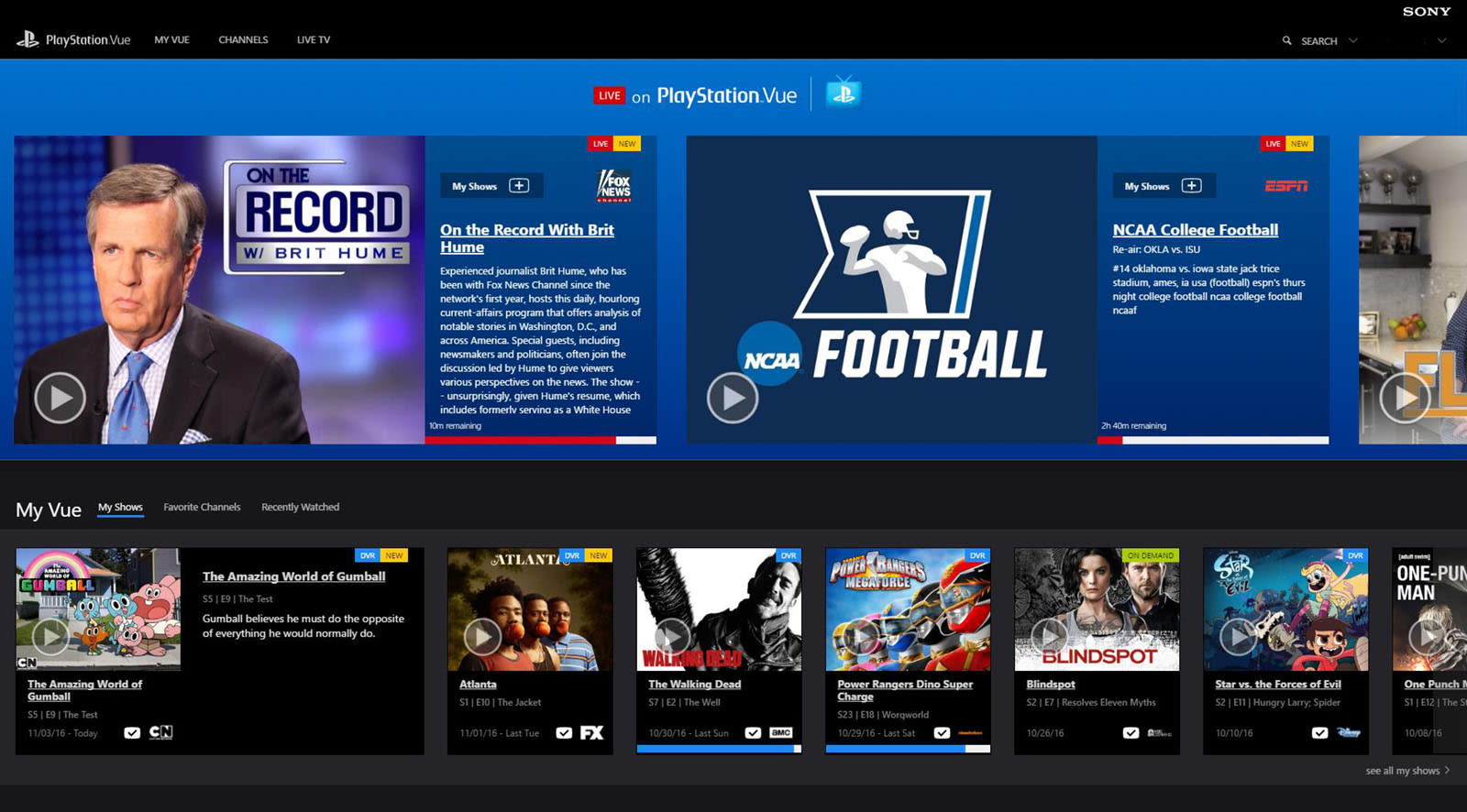 After coming to Android TV last week, PlayStation view has arrived on Mac and PC browsers, meaning it's available on just about every device you can think of. It'll work on Firefox, Chrome, Safari, Microsoft Edge and even Internet Explorer 10+ browsers, Sony says. The web service has some "unique features," including a mini-player that you can shrink to the corner of a browser window while you look for more content.

PS Vue is an streaming service that includes live TV channels from NBC, Fox, ESPN and others starting at $30 a month, though availability depends on your zip code. It's much like Sling TV, though the basic Vue package is $10 more. However, you do get more stations in total, and can buy channels individually or upgrade your subscription to get more.

PS Vue arrived to Android and iOS earlier this year, but mobile viewing is blocked for some channels, and DVR'd shows and other features are restricted away from your home network. Sling, on the other hand, lets you watch programming on any device, anywhere in the US, and also works on Apple TV, unlike PS Vue. Despite those limitations, Sony's service is catching on, as the company reportedly signed up over 100,000 subscribers just a few months after it launched in March.

In this article: av, cordcutting, entertainment, OTT, Playstation, PlayStationVue, sony, streaming, Vue
All products recommended by Engadget are selected by our editorial team, independent of our parent company. Some of our stories include affiliate links. If you buy something through one of these links, we may earn an affiliate commission.