I've taken, oh, I don't know, about a million selfies in my life. I've even dabbled in 3D portraits. But I've never seen a three-dimensional capture of my face as realistic as the one generated by Bellus3D's Face Camera at CES. The new device is slightly larger than a stick of gum, and houses two monochrome sensors and one that records color, meshing the information together for a highly detailed picture. The camera is still just a prototype, but when it's available, it can be attached to your phone or tablet. The ring light that you see in the pictures was only included for the demo, and is not actually a part of the Face Camera, but you can easily attach one of your own. Scanning my CES-beaten face was a simple 15-second process. I lined my face up with the onscreen outline, tapped the button to start recording, and turned my head to the left and right as a company rep kept an eye on the screen and told me when to turn back to the front. About 10 seconds later, a 3D map of my face appeared, and I could move around a virtual bulb to light up my visage from different angles. I was very impressed (and maybe even slightly embarrassed) by the level of detail in the portrait; all of my pores and acne scars were on display, as were the inevitable CES-induced dark circles under my eyes. 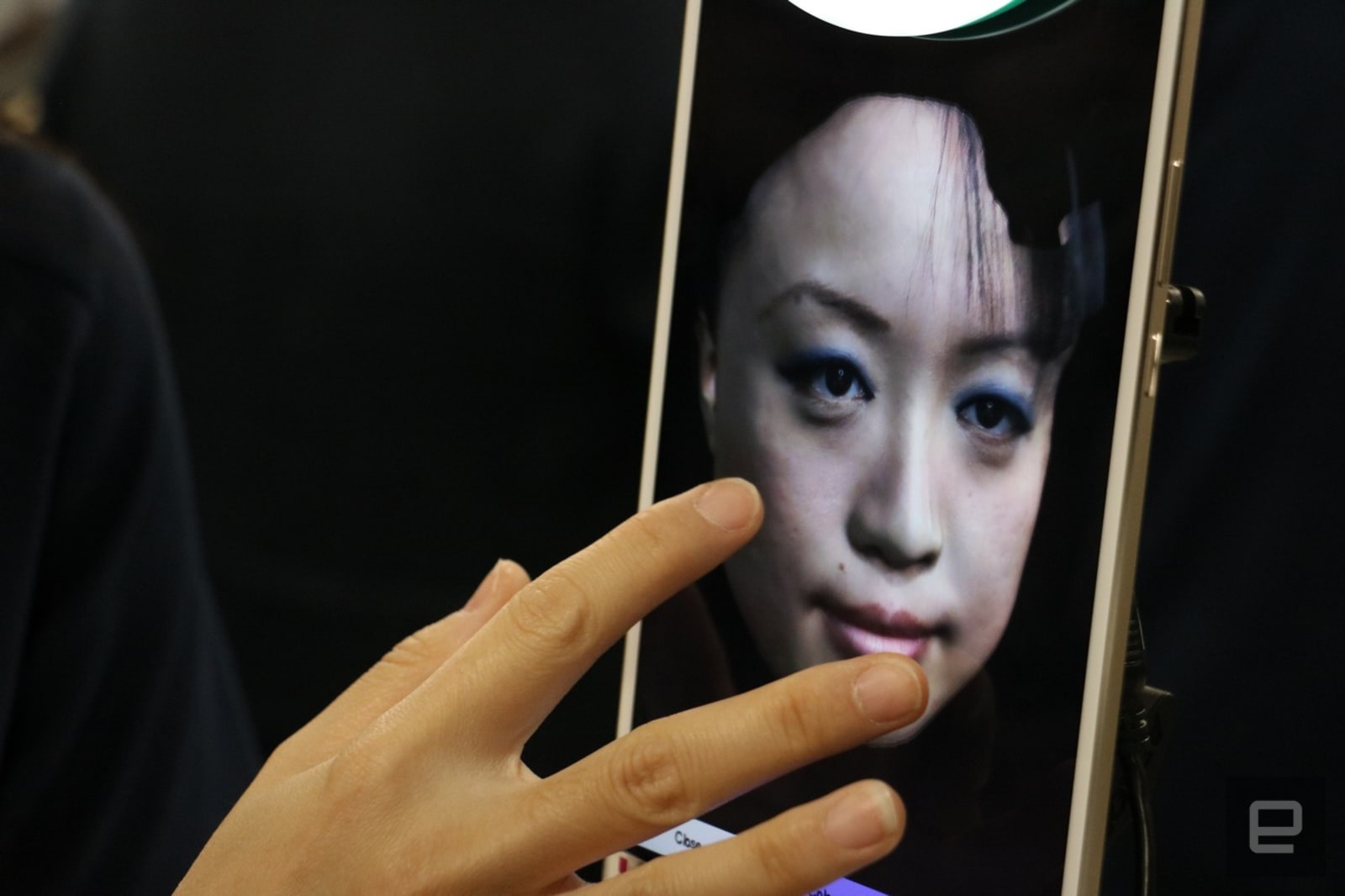 Why would anyone want such detailed pictures of themselves? As it happens, the applications are numerous. In addition to letting users çreate more realistic representations of themselves as gaming avatars or to use when shopping online for makeup and glasses, high-quality face scans can also enable more accurate authentication protocols for better security systems. Of course, there are other, naughtier, uses -- as one of my colleagues pointed out -- including making more lifelike dolls.

A hundred developer units of the camera will be available later this year, and the company tells Engadget that it expects to sell this for less than $1,000. It is not yet in talks with a major manufacturer to embed this technology in other devices, but the company says it hopes to eventually begin those discussions. Meanwhile, until the Face Camera becomes publicly available, we'll have to resign ourselves to boring old 2D selfies.

Click here to catch up on the latest news from CES 2017.
In this article: 3dselfie, bellus3d, bellus3dfacecamera, cameras, CES2017, gadgetry, gadgets, gear, hands-on, mobile, personal computing, personalcomputing, selfie, video
All products recommended by Engadget are selected by our editorial team, independent of our parent company. Some of our stories include affiliate links. If you buy something through one of these links, we may earn an affiliate commission.