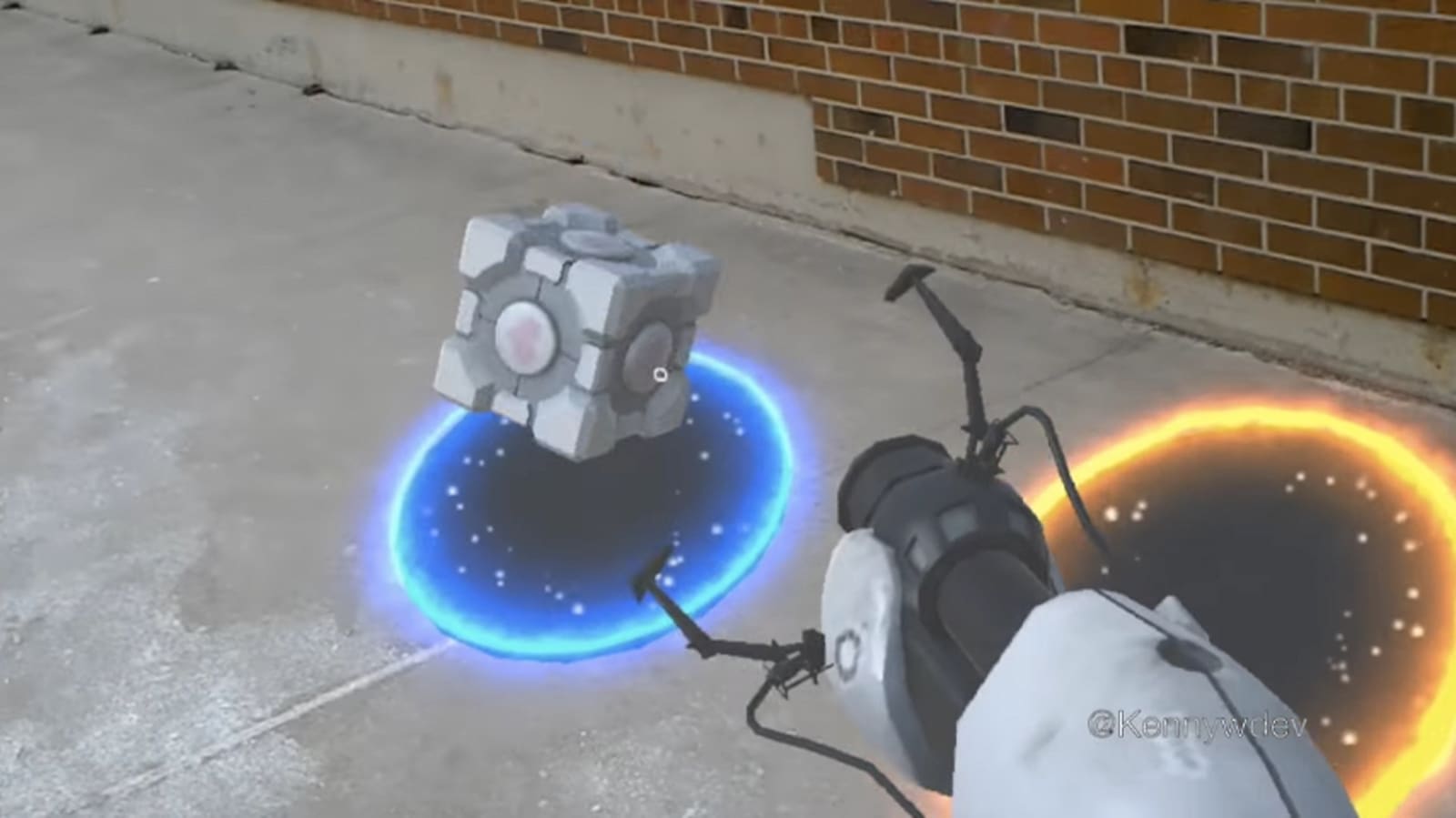 If the thought of immersing yourself in Portal in VR has already got your brain tied in knots, just wait until you step into the HoloLens version. Developer KennyW has successfully ported a basic rendering of Valve's wildly popular first person puzzle-shooter to play on Microsoft's augmented reality hardware, and the result is just as trippy as you'd expect. Since this is just a proof-of-concept, there are no puzzles to solve just yet, but it does turn a boring old office building into a mind-bending Aperture Science playground.

While the HoloLens-wearing test subjects unfortunately (fortunately?) can't step through the portals themselves, an AR Weighted Companion Cube behaves just as it would in the game -- even tumbling down stairs and bouncing off of other real-world objects as it knocks over a rendered sentry gun. As Kenny told The Next Web, getting the basic game mechanics working on the HoloLens was a seemingly simple matter of re-building the game inside the developer-friendly Unity engine. All we need now is for someone to tie the VR and AR versions together into one incredibly confusing shared reality.

Via: The Next Web
Source: Gaming subreddit
In this article: ar, AugmentedReality, av, gaming, hololens, microsoft, portal, valve, VirtualReality, vr, wearables
All products recommended by Engadget are selected by our editorial team, independent of our parent company. Some of our stories include affiliate links. If you buy something through one of these links, we may earn an affiliate commission.