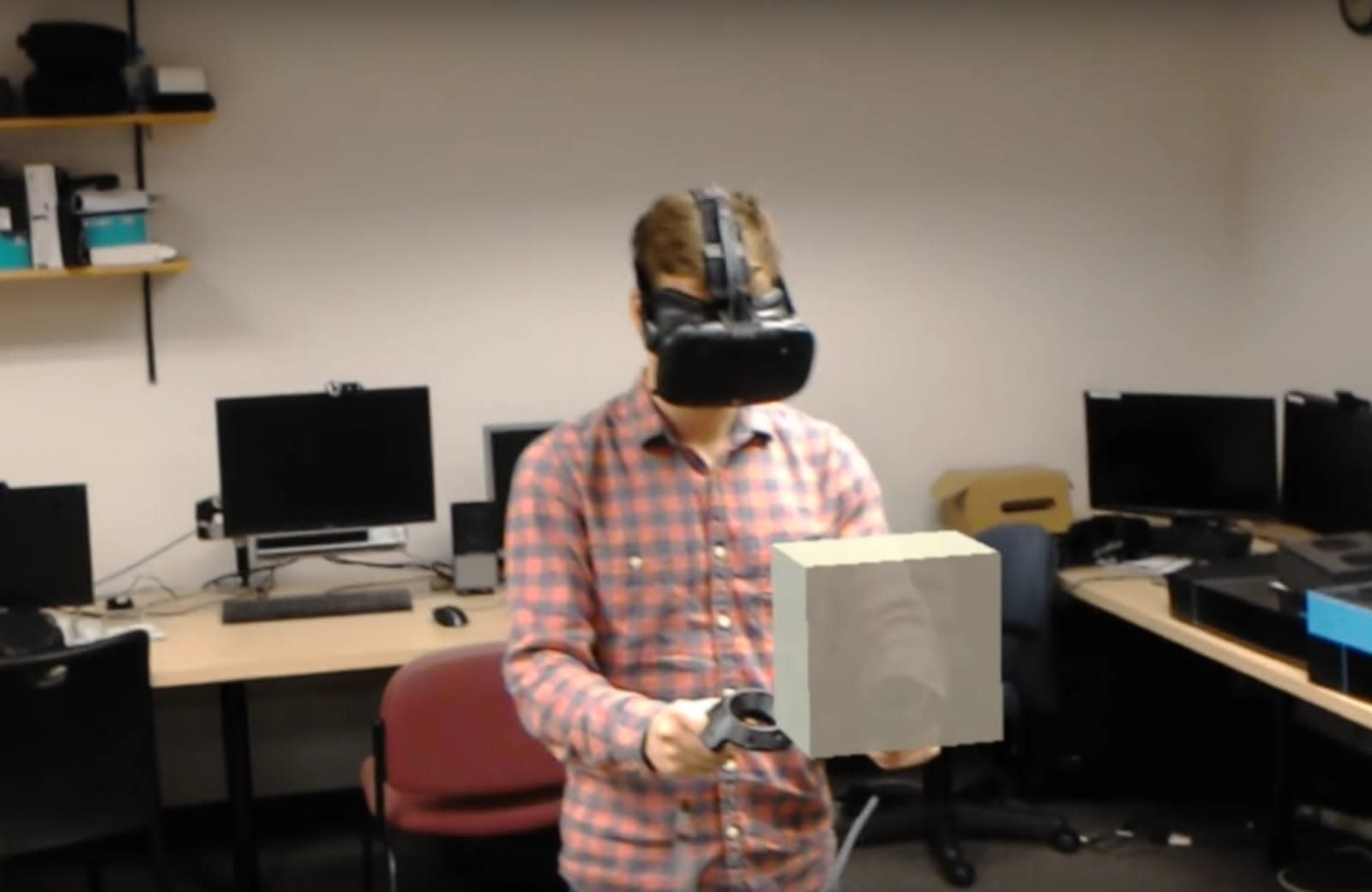 As fun and immersive as virtual reality is, watching your friend play around in a completely computer-generated environment doesn't have quite the same impact when watching it on a flat monitor or TV screen. But now, thanks to the vivid augmented reality of Microsoft's HoloLens and the developer-friendly HTC Vive, virtual and augmented reality can be easily combined so observers can share in the VR experience.

On his blog, software developer Drew Gottlieb detailed his proof of concept setup, which allows the HoloLens user to see what the Vive user is drawing in mid-air. After building a rudimentary 3D painting app similar to Tilt Brush, Gottlieb simply connected the Vive and the HoloLens over Unity's networking service. Once the HoloLens was calibrated to track the Vive controller, the two worlds became synchronized.

While the system isn't perfect, the "quick and dirty solution works better than expected," Gottlieb writes, and there's no limit to the how many HoloLens observers can join in. The VR headset also becomes unnecessary, so anyone with a HoloLens can pick up the motion controllers and start drawing shapes floating in the real world. With engineers already using the HoloLens to visualize architecture in the real world, it's not hard to see how collaborative features like this would be extremely useful for creative industries in the future.

In this article: ar, AugmentedReality, av, hololens, htc, htcvive, microsoft, MixedReality, VirtualReality, vr, wearables
All products recommended by Engadget are selected by our editorial team, independent of our parent company. Some of our stories include affiliate links. If you buy something through one of these links, we may earn an affiliate commission.