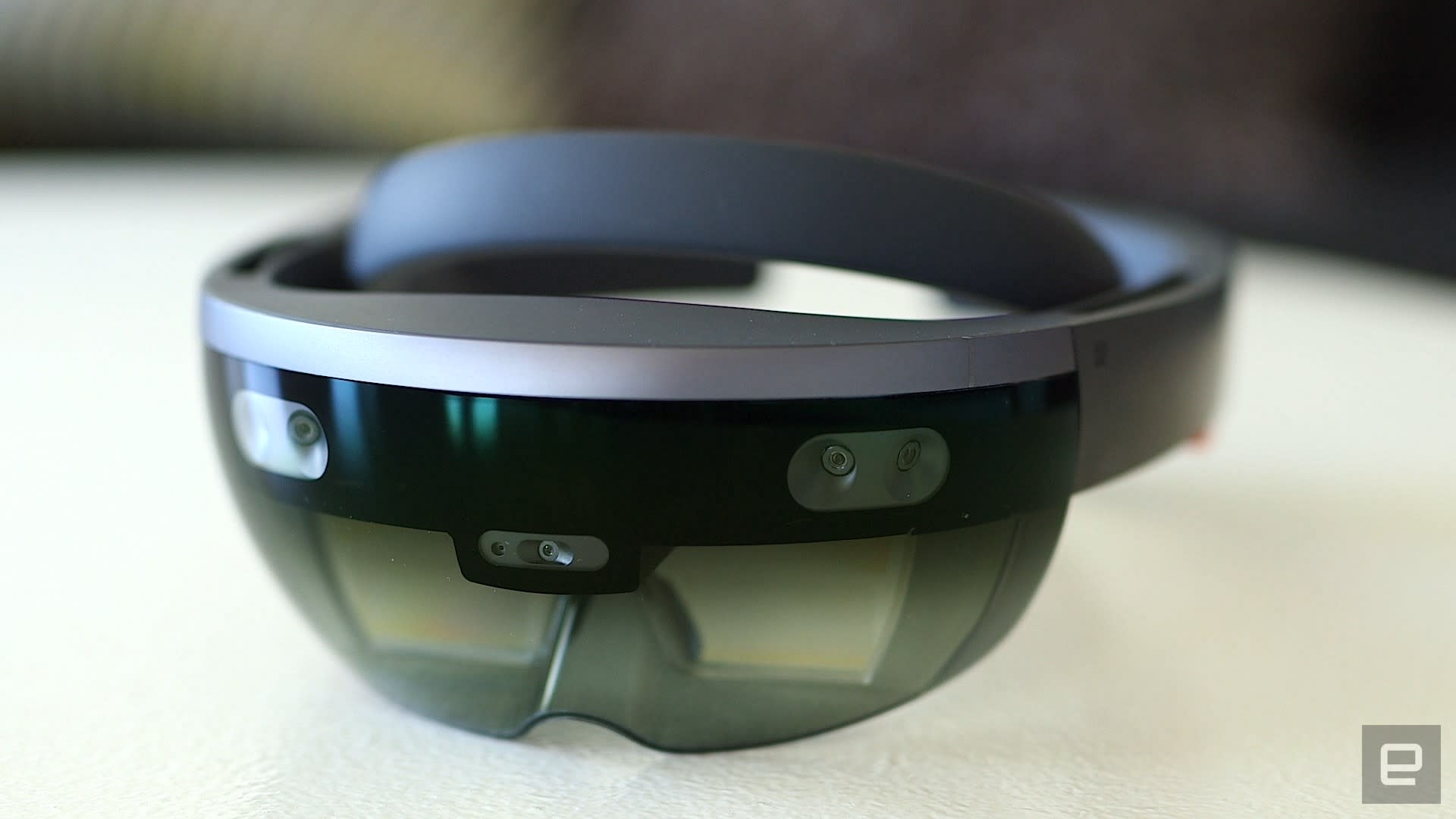 Microsoft has revealed more details about its HoloLens headset at the Hot Chips conference in Cupertino. The augmented reality (AR) device marries video games with the real world, so it needs to calculate your location, head position and gestures extremely rapidly. We now know more about the so-called holographic processing unit (HPU) that does that -- the 24-core chip has near-supercomputer levels of performance, performing a trillion operations per second.

The 28-nanometer process "Tensilica" chip, built by TSMC, has 65 million logic gates, 8MB of ultra-fast static RAM (SRAM) and 1GB of DDR3 RAM, all crammed into a 12mm x 12mm (half-inch square) package. It's designed to process input from the inertial chip, environment cameras, depth camera and other sensors. By speeding up calculations 200 times over software alone, it provides ready-to-use position data to the headset's main Intel "Cherry Trail" CPU, freeing it to run apps and games.

If you live in the US or Canada and have $3,000 between your couch cushions, you can actually buy a HoloLens developer model. If not, we tested it recently and found it fun, immersive and not nearly as disorienting (or nausea-inducing) as a VR headset. It's very hard to say how much the final product will cost, considering that it has a highly custom chip on board. We'll likely have to wait a while to find out, though, as there's no indication yet on when the retail version will arrive.

In this article: AugmentedReality, chip, gear, HolographicProcessingUnit, HoloLens, HPU, microsoft, TL16AR, TSMC, wearables
All products recommended by Engadget are selected by our editorial team, independent of our parent company. Some of our stories include affiliate links. If you buy something through one of these links, we may earn an affiliate commission.