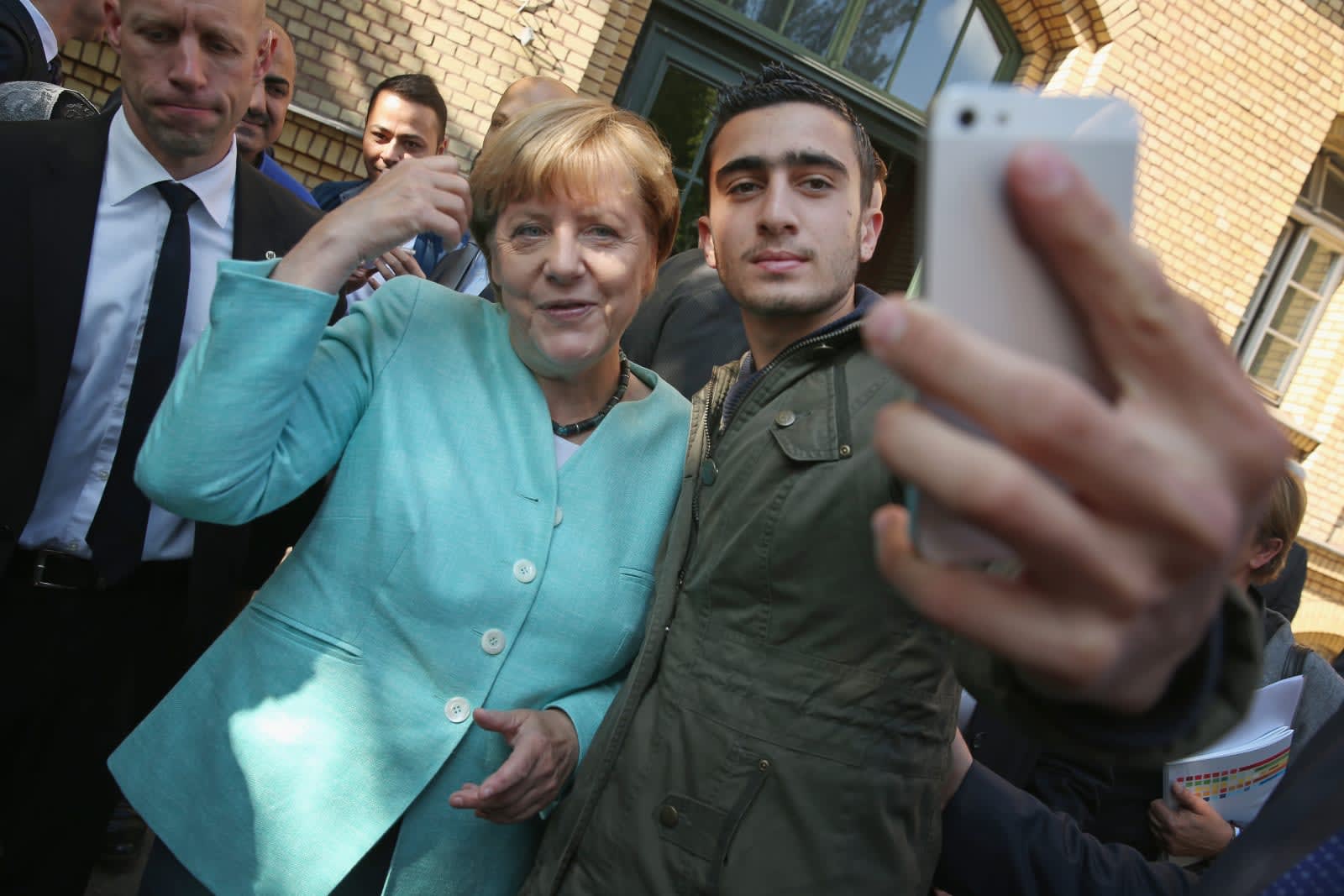 See the heartwarming moment above? That's Syrian refugee Anas Modamani taking a selfie with German Chancellor Angela Merkel as he starts a new life in the country. However, it also caused Modamani no end of grief -- fake news stories on terrorism have routinely used the photo he took, falsely connecting him to horrible attacks. And he doesn't think enough is being done to stop it. Modamani is suing Facebook to have it delete all fake news stories using his image. He did have success getting Facebook to take down some stories beforehand, but he says it hasn't been enough -- Facebook would frequently say that a photo met its standards.

Facebook, not surprisingly, says it doesn't believe the lawsuit is "necessary" or "the most effective way" of addressing the problem. It maintains that it shut off access to any photos of Modamani that have been "accurately reported," and that it honors German law.

The suit could influence how Facebook handles bogus stories. It's already increasing its efforts to fight fake news, including a filtering trial in Germany, but a victory for Modamani could put pressure on the social network to take a more aggressive approach. German politicians have already proposed a law that would fine companies that don't remove fake news stories -- this would only increase the pressure to remove stories when asked.

This also illustrates the problems with voluntary fake news reporting systems. While it's hard to say who's right in this case without seeing the disputed examples, it suggests that human moderation can only accomplish so much. The victims of misused photos can only do so much, for that matter. Modamani is effectively being asked to play a game of Whac-A-Mole, where fake stories may pop up just as quickly as he shuts them down. There's no guarantee that the targets of these stories can report every offender, and chasing down even a fraction of them could be very time-consuming.

Via: CNET
Source: CNN Tech
In this article: culture, facebook, fakenews, germany, internet, news, refugees, socialnetwork, socialnetworking, syria
All products recommended by Engadget are selected by our editorial team, independent of our parent company. Some of our stories include affiliate links. If you buy something through one of these links, we may earn an affiliate commission.