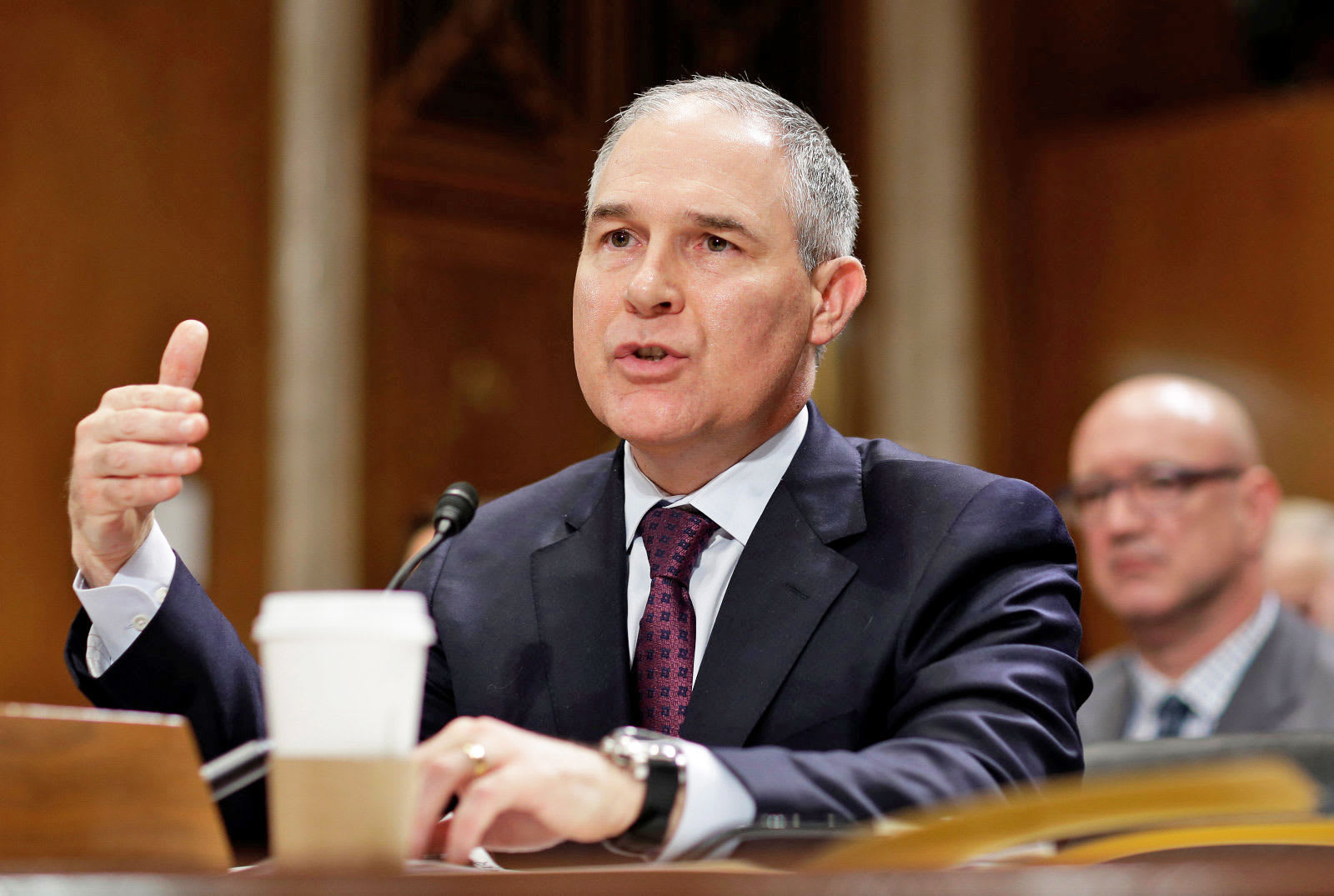 Immediately after his inauguration, President Trump got to work on his long-anticipated plan to gut the Environmental Protection Agency. His administration wants to review all research coming out of it on a "case by case" basis and placed a gag order on employees, but waited on more until the agency's new chief made it through the Congressional gauntlet. Despite heavy opposition from Democrats and workers from the department he'd be heading, the Senate confirmed climate change skeptic Scott Pruitt as administrator of the EPA today.

The close 52-46 vote was nearly along party lines aside from aisle-switching by Susan Collins (R-ME) to oppose and Joe Manchin III (D-WV) and Heidi Heitkamp (D-ND), both from coal-rich states, to support. Democrats fought all night to delay the confirmation vote until next Tuesday, after which the Oklahoma attorney general's office is ordered to release 3,000 of Pruitt's emails concerning his communications with the fossil fuel industry, according to The New York Times.

Since early December when Trump announced Pruitt as his pick to head the agency, reporters and environmentalists were quick to point out his numerous lawsuits against the EPA in his position as attorney general of Oklahoma. This singular drive to challenge national environmental law aimed to return all regulatory power to states -- convenient for an AG with such close ties to the fossil fuel industry, as when he reprinted a note from an oil and gas company nearly word-for-word on his letterhead and sent it to the EPA in 2011. Who knows how much of the department will be left now that its frequent enemy is heading it.

Source: The New York Times
In this article: EnvironmentalProtectionAgency, epa, green, politics, science, scottpruitt, trump
All products recommended by Engadget are selected by our editorial team, independent of our parent company. Some of our stories include affiliate links. If you buy something through one of these links, we may earn an affiliate commission.