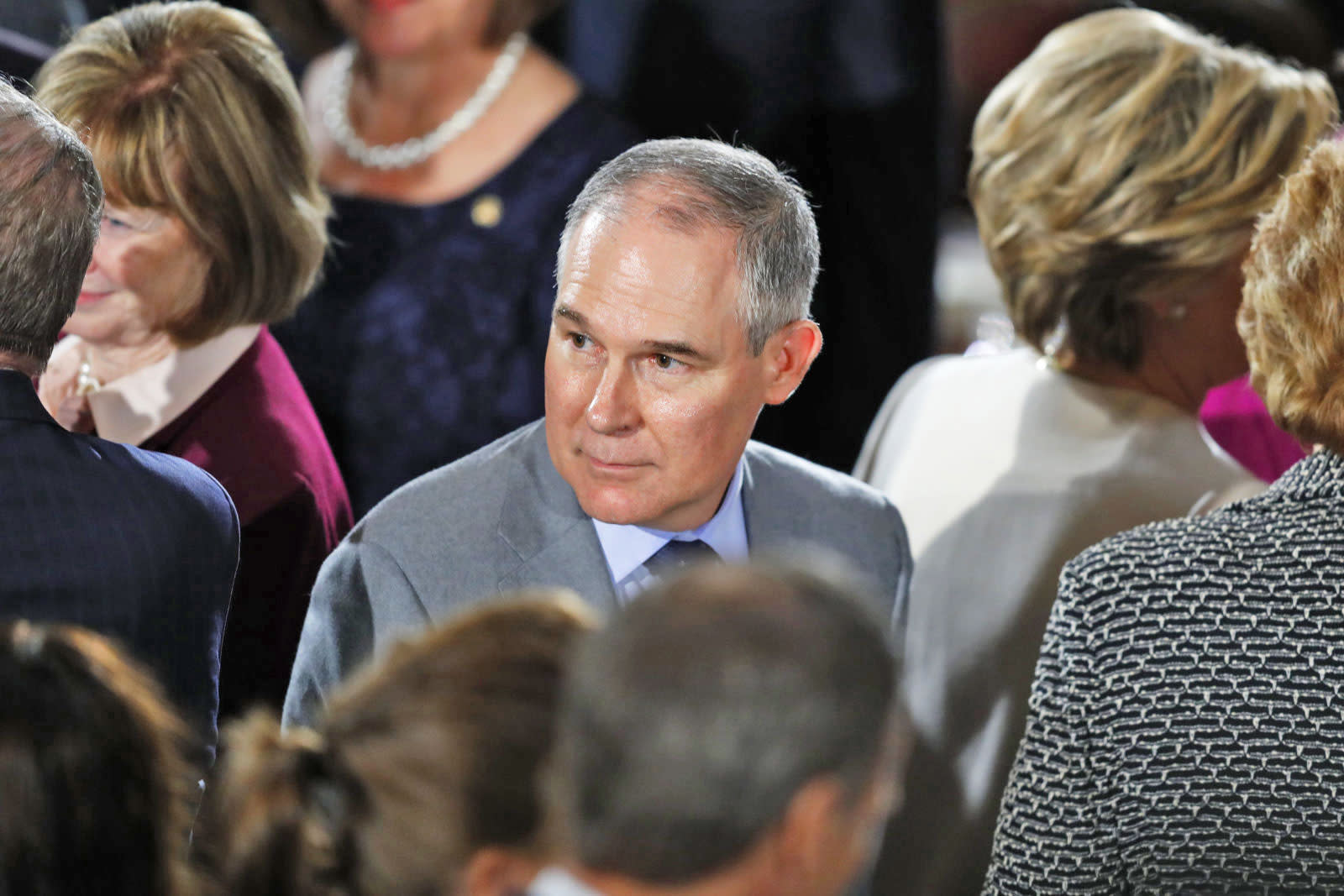 The Environmental Protection Agency has lifted the freeze on grant money and contract operations that set off alarm bells in Congress earlier this week. Although the EPA will now be allowed to resume sending money to state-run environmental protection programs, the Trump Administration's gag order will remain in place. The EPA's official public-facing stance on climate change is also still flux.

As Republican state senator from Washington and acting EPA spokesman Doug Ericksen told USA Today, the grant freeze gave the new administration time to internally review the $3.8 billion in federal funding that the agency sends to states for cleanup and monitoring projects. "As of now, nothing has been delayed. Nothing has been cut. There was simply a pause and everything's up and running," Ericksen said, before explaining that there is another $100 million in grant money that is still under review.

The lack of transparency from the White House caused many employees at the EPA and state regulatory agencies to worry about impending job cuts, but Ericksen blamed the media for causing "undue consternation" and used the confusion to justify locking down the agency's social media accounts after the fact. Ericksen also explained that he expects the EPA's website will be updated to reflect the new administration's stance on climate change once Oklahoma Attorney General Scott Pruitt is confirmed as the agency's new boss. During his confirmation hearings, Pruitt said he disagrees with Trump's opinion that climate change is a Chinese hoax, but also would not say that he believes human activity is to blame for global warming.

In this article: culture, donaldtrump, DougEricksen, EnvironmentalProtectionAgency, EPA, green, politics, science, scottpruitt
All products recommended by Engadget are selected by our editorial team, independent of our parent company. Some of our stories include affiliate links. If you buy something through one of these links, we may earn an affiliate commission.