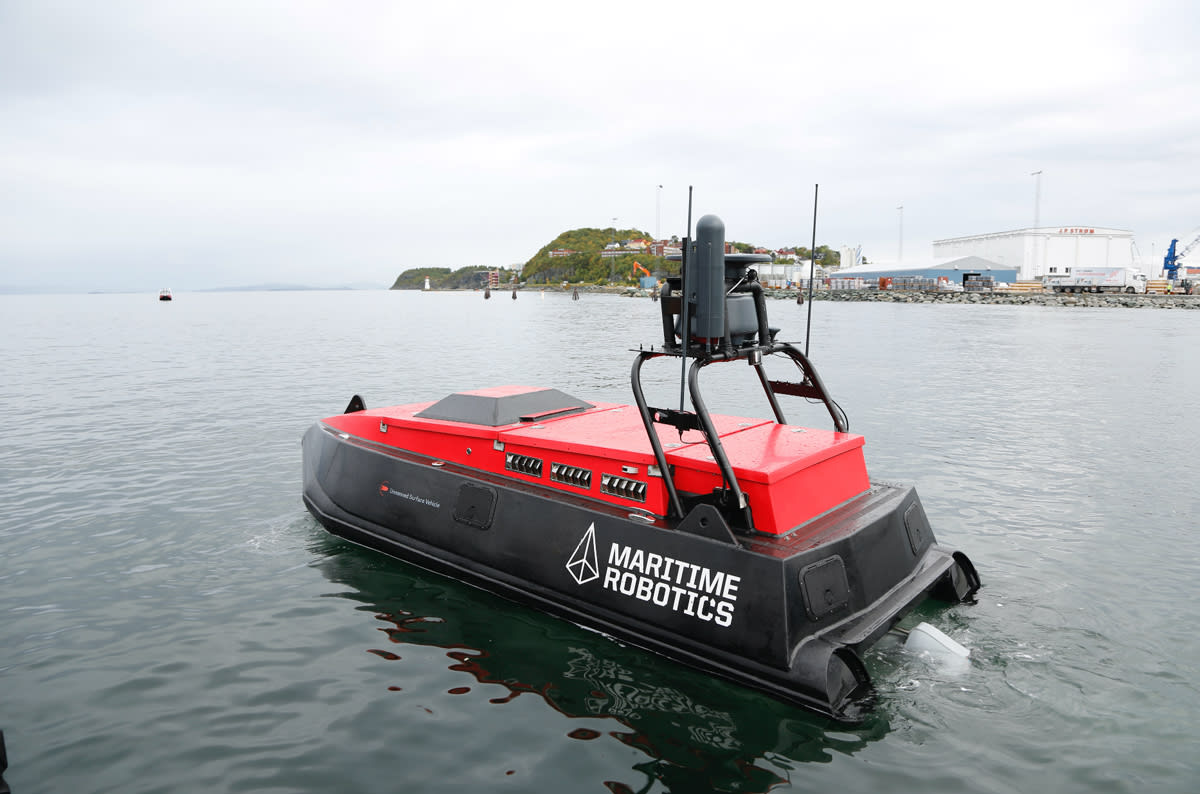 While there are government-approved test sites for land-based autonomous vehicles in the US, so far there is only one official test site for their seafaring counterparts. Tucked away in Norway's Trondheim Fjord, the test site offers wide, open waters similar to a small sea, but with relatively low shipping traffic so there's less of a chance of a collision should one of the test vehicles go haywire. The site officially opened late last year, but thanks to the cluster of research institutions and businesses in the area, companies like Kongsberg Seatex, Marintek, Maritime Robotics and Rolls-Royce Marine have all flocked to the fjord to test their new robotic and autonomous technologies.

Established as a partnership between the Norwegian University of Science and Technology's Center for Autonomous Marine Operations (NTNU AMOS) and the Norwegian government, the site includes part of Trondheim Harbor and has already been used to test everything from navigation and collision avoidance systems to operational safety and risk management projects. The technologies developed in Trondheim are expected to revolutionize the shipping industry as human crews are no longer needed to literally man the ship.

"As far as we know, there are no such test sites of this kind in the world so the Norwegian Coastal Authorities are taking the lead in a changing maritime world," Kongsberg Seatex President Gard Ueland said when the site opened. "We will also see technology that has the potential to enable fully autonomous cargo vessels. Much of this will come from Trondheim, thanks to the unmatched maritime expertise here and our autonomous vehicles test bed."

While pilotless smart ships are a logical application of autonomous technology, Kongsberg Seatex has also been using the Trondheim site for the continued development of its snake-like Eelume underwater cleanup and inspection robot. The modular vehicle, which we saw early versions of last year, is being developed so that it can live permanently underwater without the need for a tethered support ship. Rolls-Royce, which expects to build a fleet of remote controlled ships by 2020, is also using the Trondheim test bed as it builds a new remote fleet management center in Alesund, about 150 miles to the Southeast.

In this article: autonomous, norway, NTNU, robots, science, transportation, trondheimfjord
All products recommended by Engadget are selected by our editorial team, independent of our parent company. Some of our stories include affiliate links. If you buy something through one of these links, we may earn an affiliate commission.