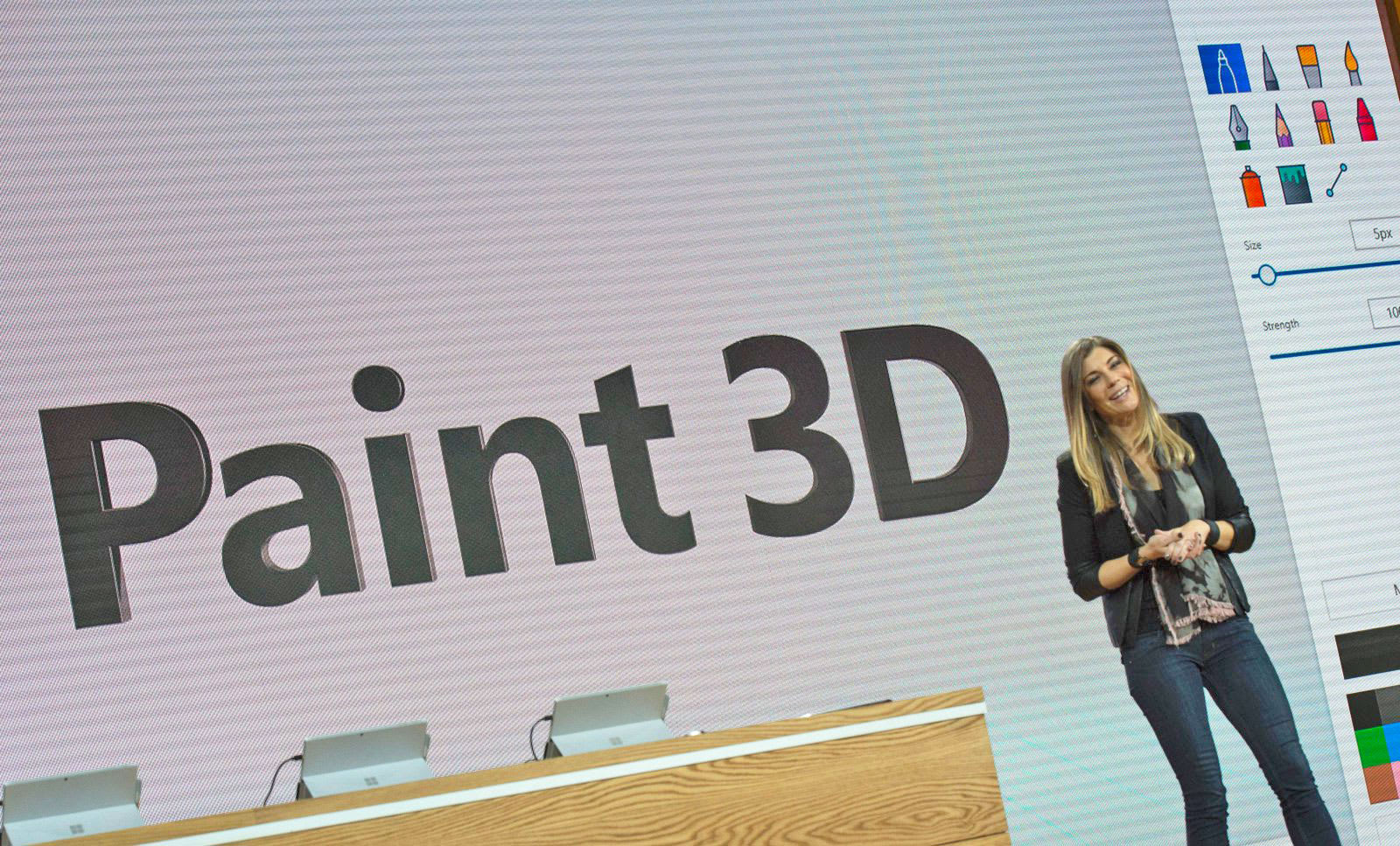 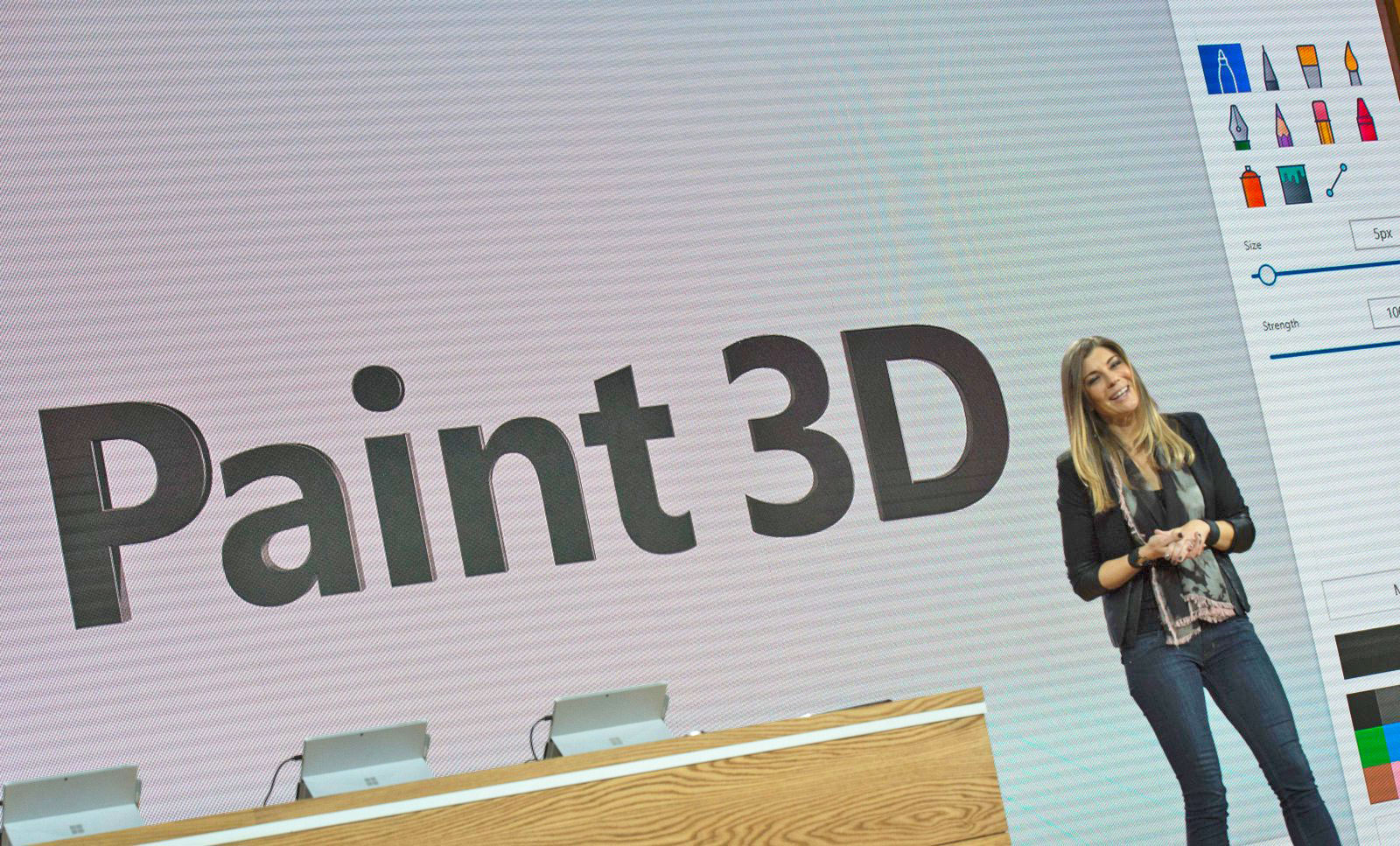 Paint 3D was a surprise. Even longtime Microsoft watchers had no idea the company was working on a 3D spin on Paint, and it seemed like a left-field choice for most consumers. But after diving into Paint 3D in the Windows 10 Creators Update, I can say it actually makes complete sense for Microsoft. It's an ideal way to introduce a new generation to building and thinking in three dimensions. And according to Megan Saunders, Microsoft's head of 3D experiences in Windows, that's a skill that will be particularly useful with the rise of VR, AR and 3D printing.

"If you look at all the AR and VR devices, they have this amazing potential," Saunders said in an interview with Engadget. "But it's really the content and the software that will show up across all those devices where there's a real huge opportunity. And, unfortunately, the state of the 3D market now and then is especially broken." We don't think much about working with 2D content these days -- snapping a photo and posting it on Facebook is pretty seamless. But when it comes to creating and sharing 3D content, it's another story entirely. 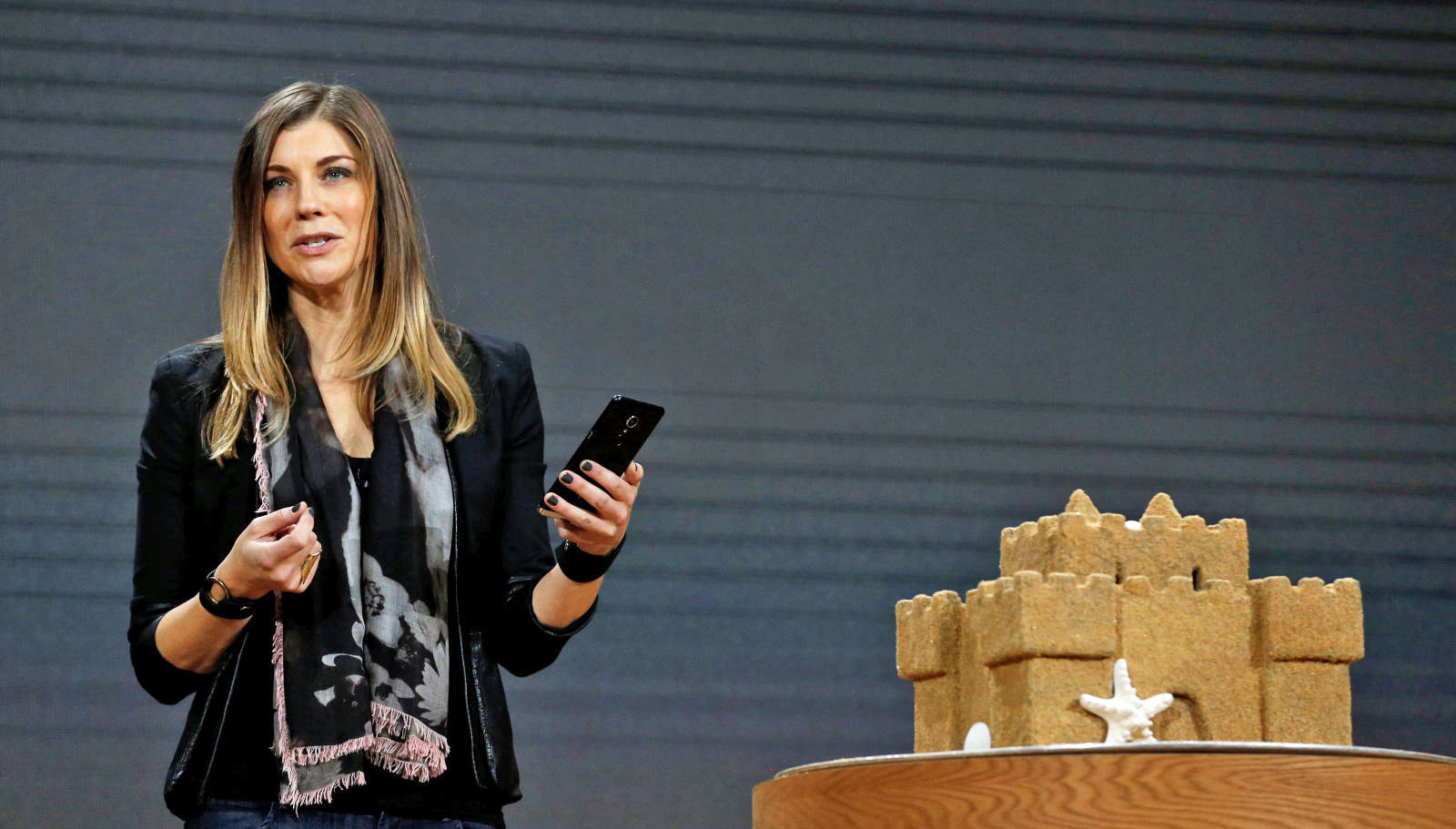 That thinking led Saunders and her team to ponder ways to jump-start the 3D content ecosystem. Microsoft needed to do more than just pay companies to start building models -- it had to figure out how to persuade everyday consumers to also start exploring the possibilities of 3D. "You can't just make something and put it out there without thinking of the value we can bring to people," she said. "We really zeroed in on this idea of unlocking and enabling people's creativity."

One big benefit of 3D? It's simply much easier to convey complex ideas. We're used to working on 2D screens, but we live in a three-dimensional world, so our brains naturally grasp concepts more easily when they're presented in 3D. It's one thing to look at a flat diagram of the solar system; it's another to see the interaction of the planets and their orbits laid out in a VR or AR helmet.

"We also know that people tend to move and grow towards vehicles that allow them to communicate," Saunders added. "A basic core competency of us as people is our ability to express feelings, thoughts, emotions, communicate ideas and get people rallied around. Our simple idea was: If we can match people's innate desire to communicate and express with a new type of content medium ... perhaps that is the way we can get some engagement going across 3D."

Paint 3D is the starting point. It's a free app that every Windows 10 user will have access to in the coming Creators Update. And despite being more complex than the classic 2D program, it doesn't take long to figure out the tools and features. Like Minecraft, it's the sort of thing kids can spend hours with in the act of pure creation. Eventually, you'll also be able to import your Minecraft creations into Paint 3D and then spit them out on a 3D printer.

Microsoft also created a new social network, Remix3D, devoted to sharing, and yes, remixing, Paint 3D creations. And later this year, you'll be able to take your 3D models and plug them into Microsoft Office apps. Just imagine how much better a PowerPoint presentation could be if you could embed interactive 3D models. 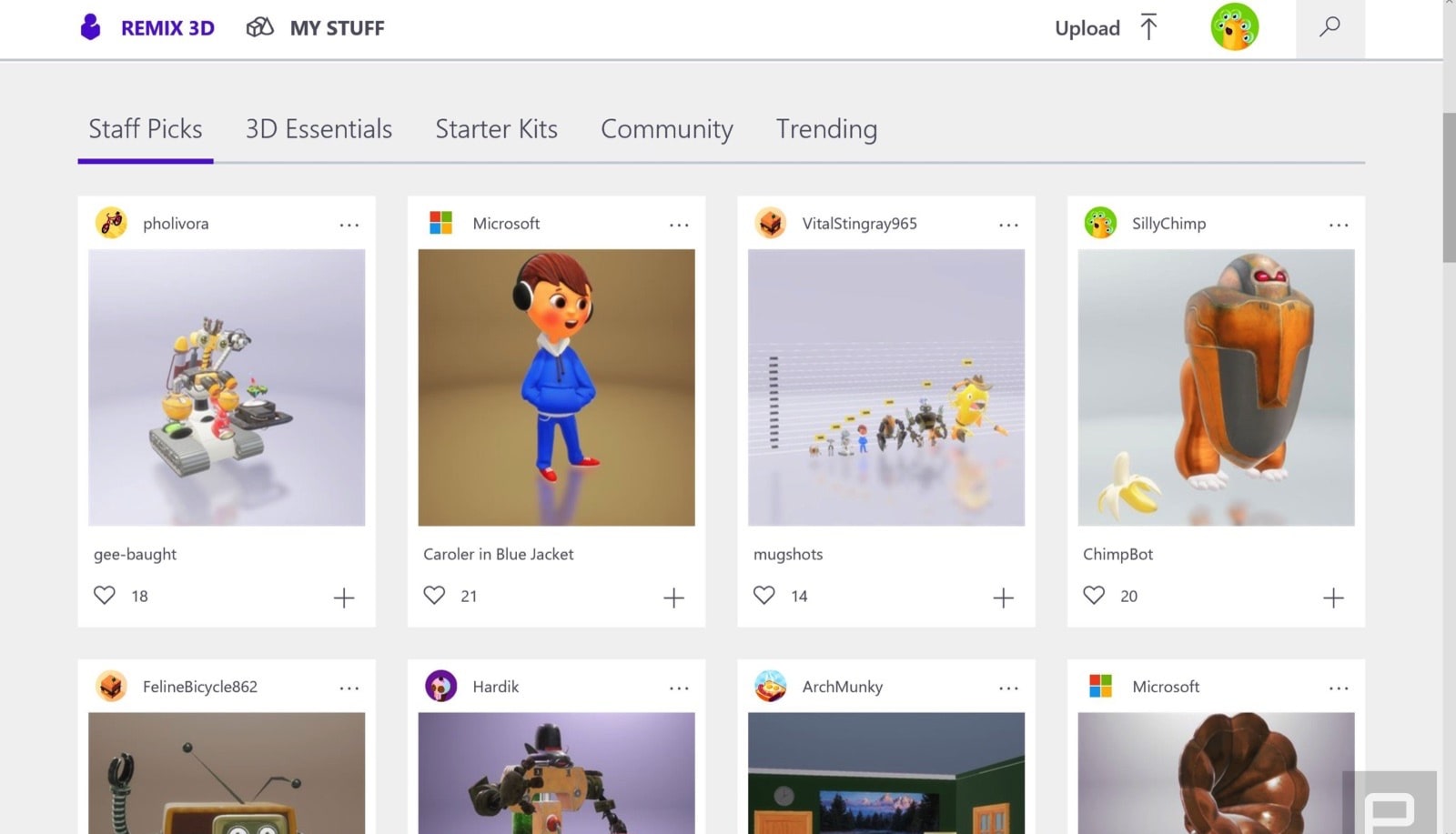 While 3D printing hasn't lived up to its initial hype, it's still an intriguing market for some consumers, and it could be revitalized once everyone can easily build their own 3D models. Saunders was surprised to find a 3D printer at the top of her daughter's Christmas list one year, which she took as a sign.

It was both an opportunity to fuel her daughter's creativity and thinking as well as her ability to learn. And for Saunders, who started out studying literature and hopped across a variety of roles, including serving as the chief of staff for Microsoft's North American president, it was a particularly poignant revelation. "I wonder if I had some different tools or a different path available to me, would I have landed there sooner?"

With the infrastructure in place to support a new 3D ecosystem, Microsoft is now focusing on making 3D work as 2D does. Even the basic concept of opening a 3D file easily and sharing it with a friend needs a lot of work — not everyone has Maya installed, after all. The company is also exploring ways to bring 3D into things you're already doing. That starts with Microsoft Office, but it could be extended into things like Skype, where you could manipulate a model together with a friend.

By banging the 3D drum, Microsoft is hoping to make it easier to take an idea from your head, develop it on a screen and then view it in the real world. Saunders sees it as an "immediate reaction and response," something we can't easily get today. That'll be a boon for everyone, but it could have particular impact for the next generation of users.

In this article: art, av, culture, gear, MeganSaunders, microsoft, Paint3D, Windows10
All products recommended by Engadget are selected by our editorial team, independent of our parent company. Some of our stories include affiliate links. If you buy something through one of these links, we may earn an affiliate commission.