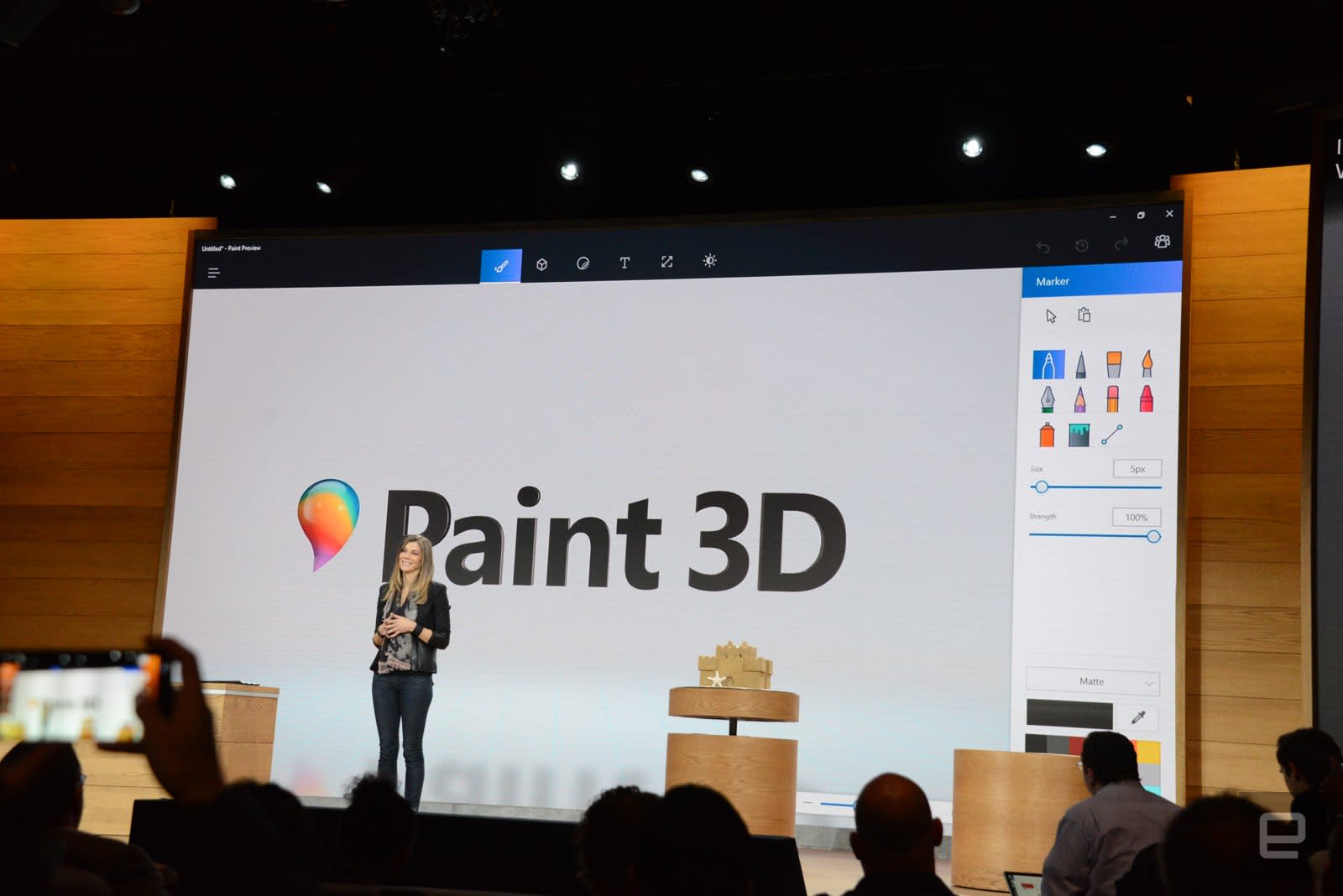 As rumored, part of the new WIndows 10 Creators update is a brand new version of Paint. In 3D. Microsoft general manager Megan Saunders showed it off onstage today at Microsoft's big Surface event using a 3D scan of a sandcastle from the stage, positioned into a scene with her daughters, over a beach background. The good news is that you can export your final creations, render in 3D and post to Facebook and even make custom emojis using the new functionality. You can also jump into Pinterest-alike boards from the community and grab bits and bobs to throw into your masterpiece. Same goes for exporting and printing Minecraft creations you've made. It looks a little gimmicky, sure, but it's not like you could have replicated a Jackson Pollock using Microsoft's earlier painting tools.

In this article: gear, microsoft, microsoftpaint, mspaint, paint, personal computing, personalcomputing, surfaceevent2016
All products recommended by Engadget are selected by our editorial team, independent of our parent company. Some of our stories include affiliate links. If you buy something through one of these links, we may earn an affiliate commission.