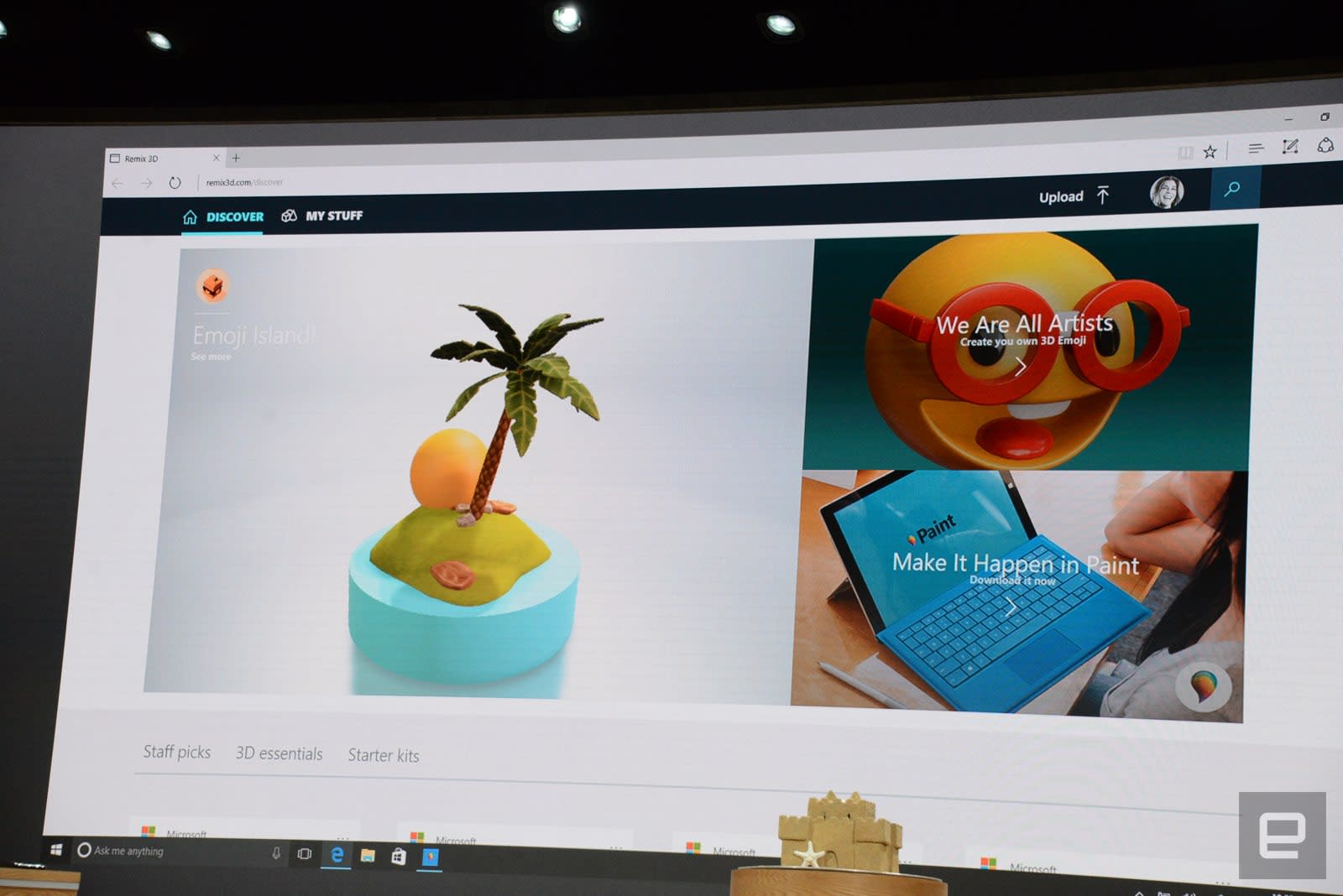 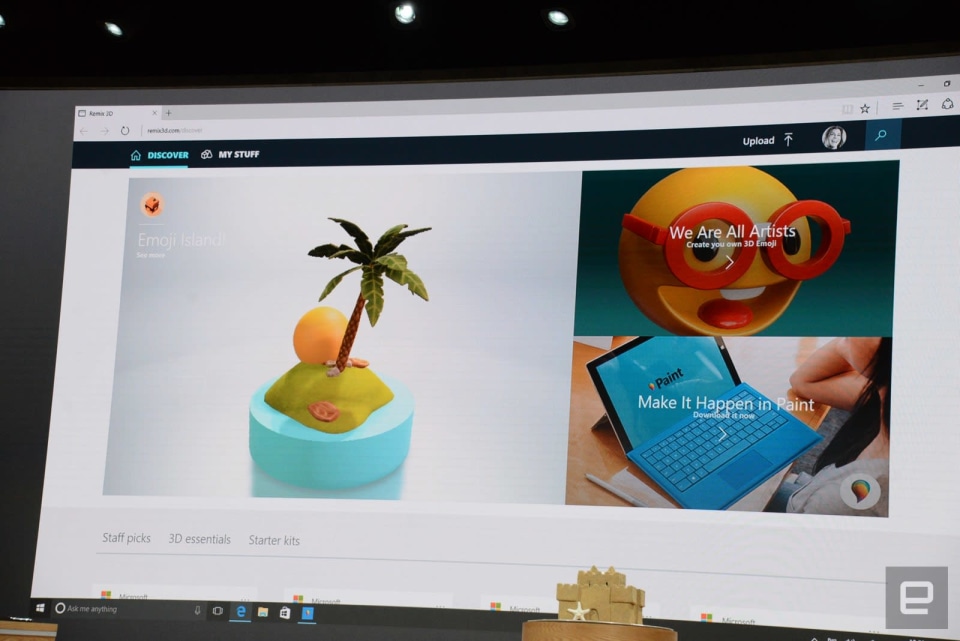 The star of today's Microsoft keynote may be the new Surface Studio all-in-one, but its world still revolves around Windows 10. At today's event, the company revealed a lot of details about the next release, dubbed the "Creators Update." Microsoft started by showing the 3D version of Paint it previewed earlier this month, and it's indeed quite different from the version you may have done pixelated doodles with. As its name suggests, you can scan objects from the real world and bring them into a 3D environment.

"If we want to make 3D creation for everyone. It has to be as easy as taking a photo," Microsoft's Meghan Saunders said on stage. The new app lets you scan real objects and get them into Paint as a full 3D object. Saunders showed off the new "Capture 3D" tool by walking slowly around a sand castle model with a smartphone and capturing it in full 3D. Once you've created an object or scene, you can convert it to a format that can easily be 3D printed.

There's also a new Community pane that allows you to find and pull in creations from other users. During the demo, Saunders pulled in a 3D cloud from Community and used it in montage featuring her daughters. She was able to then transform that into a complete 3D object and, naturally, share the whole thing on Facebook. The creations can also be viewed in 360 degrees from Microsoft's HoloLens AR headset and -- this is Microsoft, after all -- they can also be used in PowerPoint.

Speaking of HoloLens, Microsoft also showed off a new app called HoloTour, an app that lets you explore and interact with places and cities around the world. Though built for the HoloLens, it also works with regular VR headsets. To wit, Microsoft also revealed that virtual reality headsets based on HoloLens will be coming from Dell, HP, Lenovo and other manufacturers.

For gamers, Microsoft also launched a new Twitch-like feature for Windows 10. It lets you broadcast your Xbox games just by hitting the Windows button and hitting "G" to broadcast. Xbox Live will automatically let your friends know you're streaming, and allow them to comment in real time. It looks like Microsoft is using technology from Beam, which it acquired in August, so that's a pretty quick turnaround time.

Microsoft's Terry Myerson says he wants Windows 10 to have the effective of the Gutenberg Press on 3D creation. That probably a bit hyperbolic, as there's already a strongly established 3D community with apps from Autodesk, Blender, TurboSquid and others. However, such apps are often complex, so Redmond could certainly put 3D tools into a lot more hands by simplifying it greatly. As mentioned, the Creators Update is coming in spring of 2017, but people participating in the Windows Insider program will be able to try it as early as next week.

Click here to catch all the latest news from Microsoft's big Surface event.[9:20]
In this article: creatorsupdate, gear, microsoft, personal computing, personalcomputing, Surface, surfaceevent2016, Windows10, windows10creatorsupdate
All products recommended by Engadget are selected by our editorial team, independent of our parent company. Some of our stories include affiliate links. If you buy something through one of these links, we may earn an affiliate commission.