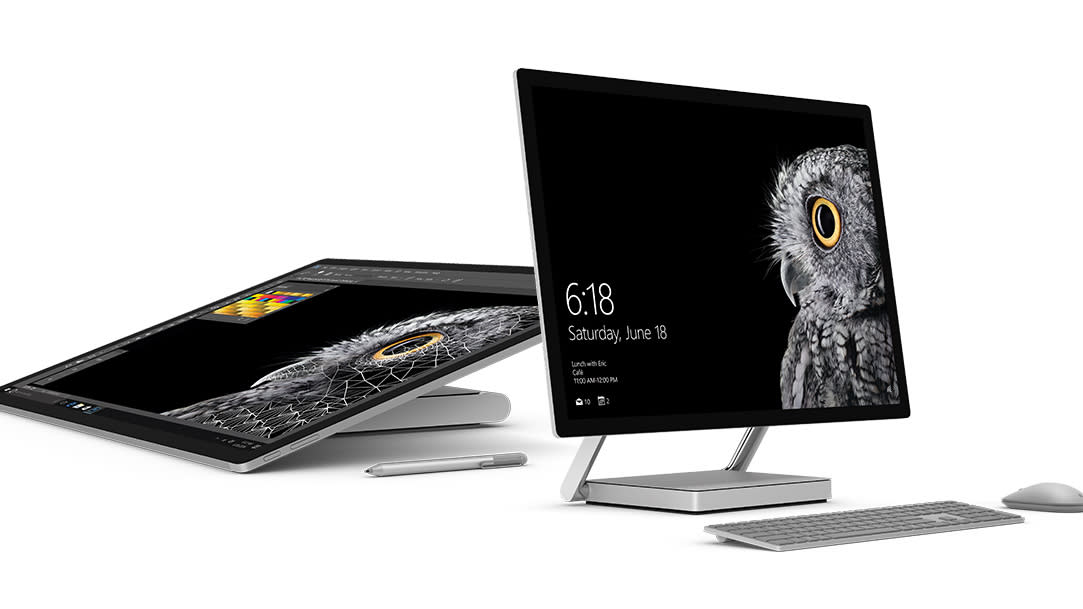 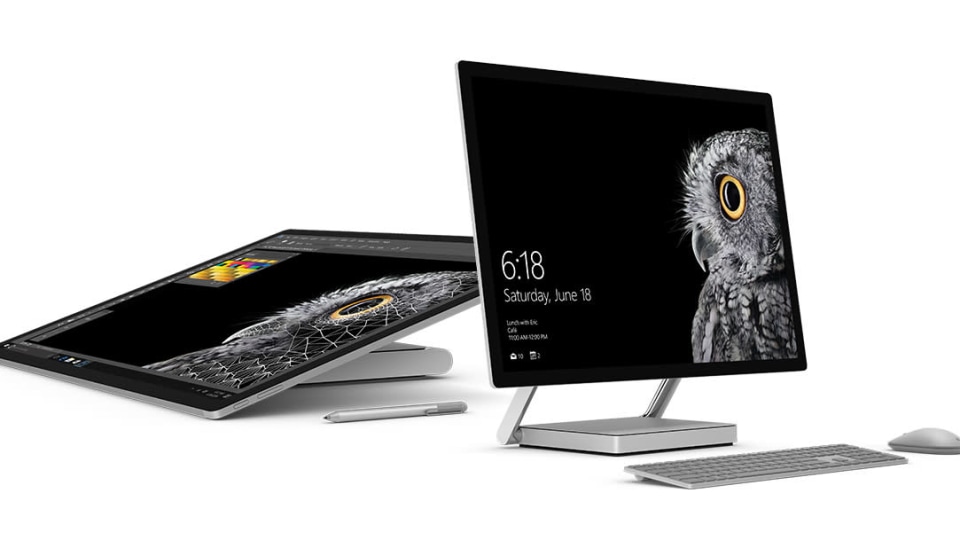 As rumors suggested it would, Microsoft unveiled a new all-in-one PC today at its "Imagine What You'll Do" event in New York. The Surface Studio, as it's called, is a gorgeous desktop that rivals the iMac, while adding various design and software features you won't find on Apple's system. On stage today, Surface chief Panos Panay said the Studio is built for creators and professionals. For starters, it features a 28-inch, 12.5mm thin touchscreen that's capable of pushing 13.5 million pixels -- 63 percent more than a 4K display. Of course, Surface Studio is powered by Windows 10, and Panay says it's designed to work seamlessly with the upcoming Creators Update.

One of the main highlights of Surface Studio is the quality of its 4,500 x 3,000 PixelSense Display. It can switch between DCI-P3 color and RGB on the fly -- a feature that's sure to appeal to graphic designers. Design-wise too, the Surface Studio is no iMac clone. There's a "zero-gravity hinge" that lets you adjust the display down to a 20-degree angle, thanks to 80 custom-tuned springs which turns the display into a versatile piece. The Surface Studio is available for pre-order today, starting at $2,999 for a configuration with a 6th-generation Intel Core i5 processor, 1TB of internal storage, 8GB of RAM and a 2GB GPU. If that's not enough, you can spend $500 extra for a model with a more powerful Core i7 CPU and 16GB RAM. Meanwhile, the top-of-the-line Surface Studio costs $4,199, with a Core i7 processor, a 2TB storage disk, 32GB of RAM and a 4GB NVIDIA GeForce 980M graphics card. Per Microsoft's site, the Surface Studio is scheduled to ship on December 15th.

It'll be interesting to see if Microsoft introduces smaller versions of the Studio later on, to compete with, say, the 21.5-inch iMac.

Gamers in particular should know that Surface Studio has built-in support for the Xbox One Wireless controller protocol, according to Major Nelson. That means you won't need any dongles to connect your controller to the desktop. We'll be taking a closer look at the Surface Studio shortly, so stay tuned for our hands-on post and video.

Update: Check out our hands-on with the Surface Studio right here.

In this article: aio, allinone, gear, imac, microsoft, microsoftsurfacestudio, personal computing, personalcomputing, surfaceevent2016, surfacestudio
All products recommended by Engadget are selected by our editorial team, independent of our parent company. Some of our stories include affiliate links. If you buy something through one of these links, we may earn an affiliate commission.