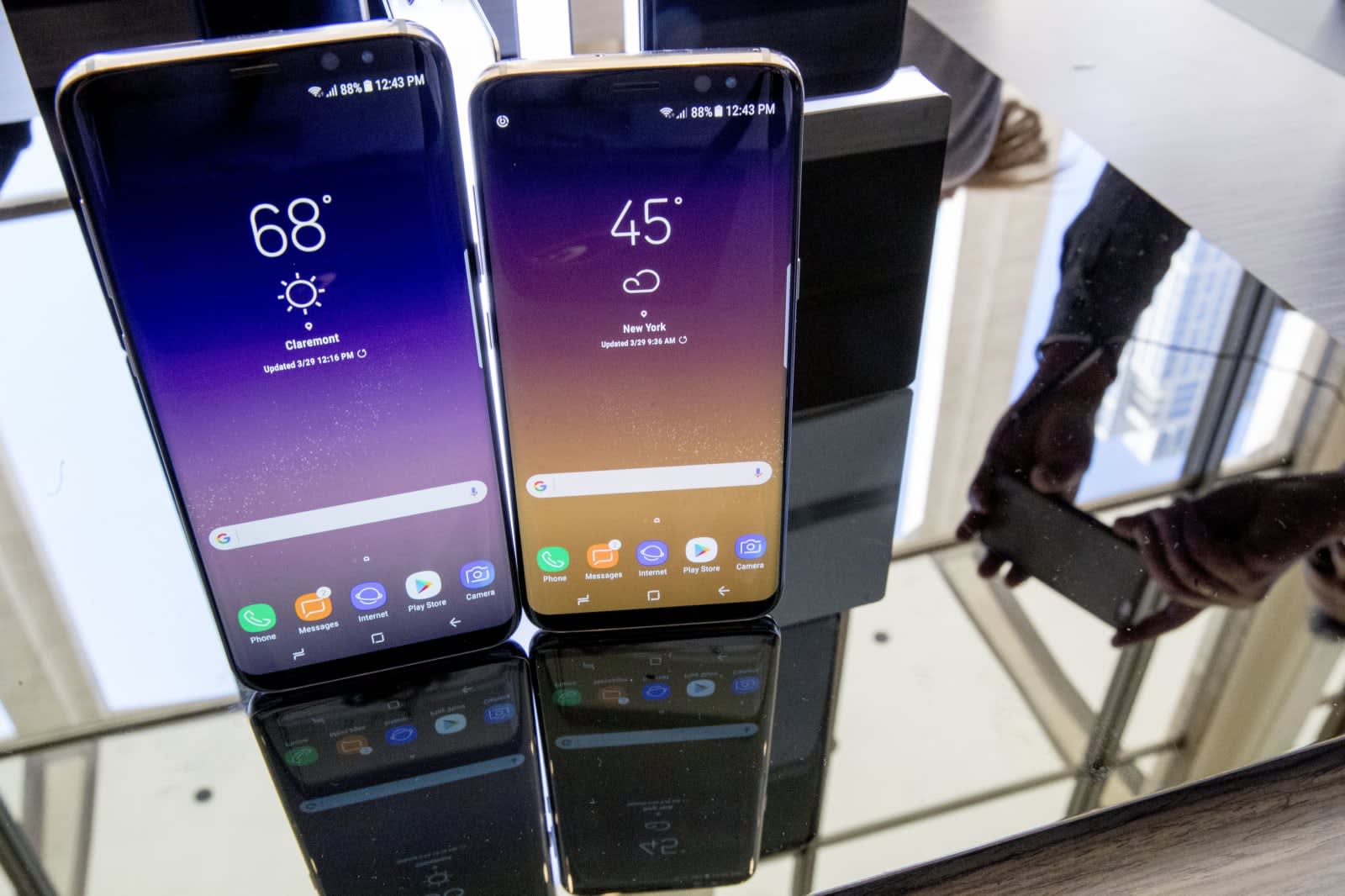 It's only been one week since Samsung unveiled its new flagship phones, the Galaxy S8 and S8+, but there's already a beefier and better version on the way. A more powerful variant of the S8+ will offer 6GB RAM and 128GB storage, ETNews reports, but there's a catch -- it will only be available in South Korea and China (for now, anyway), and it will probably cost over one thousand dollars.

Although there's no official announcement yet, there's a listing on Samsung's Korean website for the upgraded model. ETNews claims it will cost around $1,020 and it will include the Dex dock, which lets the Galaxy S8+ function as a desktop computer. Clearly, Samsung is going all-in on marketing the phone as a replacement for your home rig. It's not the first company to try, though. Motorola came out with a dock/phone setup in 2011 called Atrix, HP had the Elite X3, ASUS put out the PadFone, and Microsoft's Continuum feature for Windows 10 lets users convert their mobile OSes to fuller-featured PC-like setups. None of these ideas caught on with consumers, however, and it's possible Samsung will also strike out.

There's no word yet on whether or not the upgraded S8+ will find its way to the US and Europe. So, if the idea of a hybrid smartphone/desktop appeals to you, and you have money to burn, you're just going to have to wait and hope it eventually heads West.

Via: The Verge
Source: ETNews
In this article: galaxys8, galaxys8plus, gear, mobile, samsung
All products recommended by Engadget are selected by our editorial team, independent of our parent company. Some of our stories include affiliate links. If you buy something through one of these links, we may earn an affiliate commission.