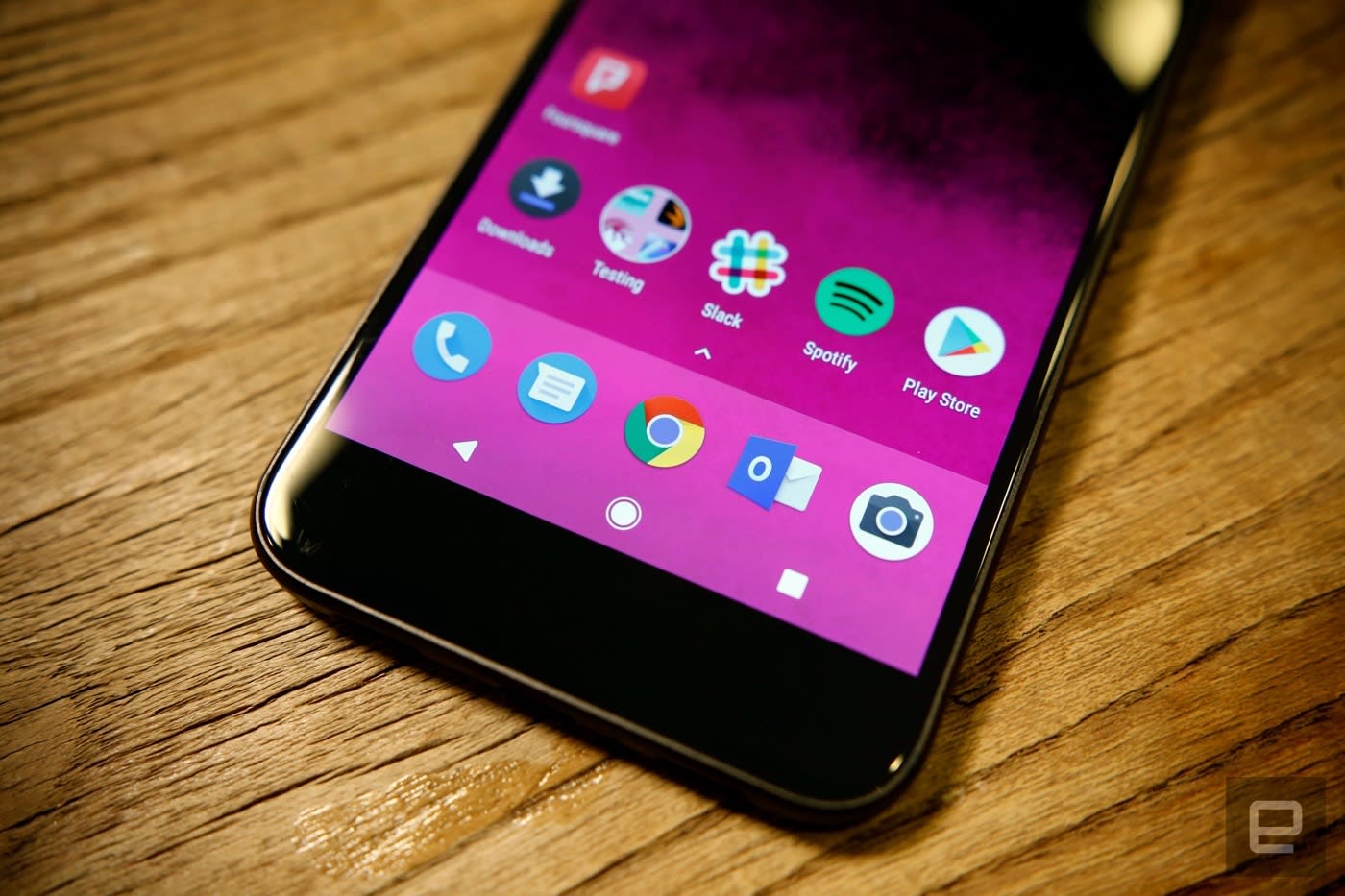 Google, which has taken a hands-off approach to Android hardware until recently, may be getting more involved in smartphone production. It's reportedly investing up to $875 million in LG Display to develop a stable supply of flexible OLED screens for its Pixel phones, according to reports from Korea's Yonhap News and Electronic Times (ET). That would help ease supply problems for the next-gen device, as the current model has been nearly impossible to find.

The search giant would invest a trillion won ($875 million) and possibly more to secure a production line dedicated to its own smartphones. It may also reserve some flexible OLED screens for other devices like a rumored pair of "Pixel" smartwatches. LG display is reportedly mulling the offer, which would be a strategic investment and not just an order deposit. If it signs on, curved screens for the Pixel would likely be built in LG's $1.3 billion flexible OLED line in Gumi, North Gyeongsang Province.

With its Nexus phones, Google let partners Huawei, LG and HTC control all aspects of the devices and hardware. However, with the Pixel and Pixel XL, Google actually took charge of the design and thus, to some level, the hardware. That was both a good and bad thing -- the phone was generally acknowledged as the best-ever Google device, but was only released in the US, UK, Australia, Germany and Canada. Even in those nations, it was pretty damn hard to find.

If the news is accurate (and with supply rumors, that's a big "if") then Google would be playing favorites with one Android supplier, LG, over another, Samsung. On the other hand, Samsung might be quite okay with that, considering it's about to launch its own curved OLED Galaxy S8 smartphone and possibly supply the flexible OLED display for Apple's next iPhone 8. With OLED tech seemingly the only thing that manufacturers want, it makes sense for Google to cut a deal with LG, which isn't faring so well with its own devices.

Via: Techcrunch
Source: Yonhap, ET News (translated)
In this article: CurvedScreen, gear, google, lg, LGDisplay, mobile, OLED, Pixel, Rumor
All products recommended by Engadget are selected by our editorial team, independent of our parent company. Some of our stories include affiliate links. If you buy something through one of these links, we may earn an affiliate commission.