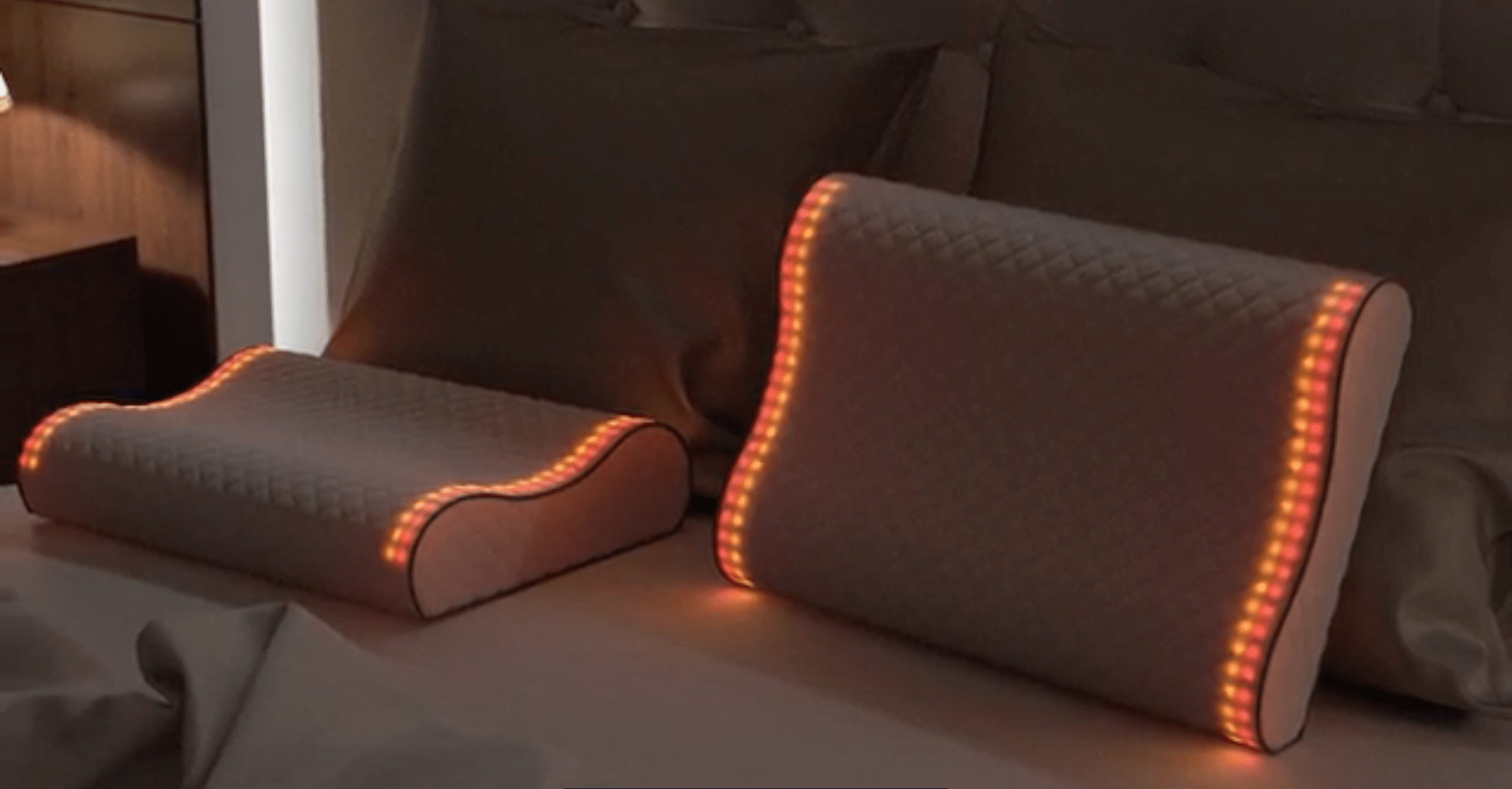 The connected home is getting out of hand. These days your mattress can do everything from keep tabs on your cheating spouse to start your coffee each morning. But why let the surface you sleep on have all the smarts when you can pay $300 for a pillow that knows when you're sleeping and when you're awake? Like Santa but from 1984.

Behold the Sunrise Smart Pillow from Mode Modern. It's currently being crowdfunded via a Kickstarter that has septupled its $50,000 funding goal with nearly two weeks left in the campaign.

This thing is, in a word, ridiculous. There are more gizmos packed into it than Inspector Gadget's chest cavity. Embedded color-changing LED lights flip on in the mornings to both rouse you from your slumber and display a customizable wake up message. The pillow incorporates a gyroscope and accelerometer to monitor how often you toss and turn. It plays wireless music through a Bluetooth connection as well as a variety of white noises. Heck, the Sunrise can even guide you through meditation sessions.

And, of course, all that data it generates gets fed back into its associated mobile app. Because obviously your pillow needs an app. It's 2017, everything needs an app. The Sunrise pillow is currently discounted to $130 through the end of its crowdfunding campaign if you want to throw away only half as much money as you would two weeks from now.

Via: CNet
Source: Kickstarter
In this article: applenews, gadgetry, gadgets, gear, kickstarter
All products recommended by Engadget are selected by our editorial team, independent of our parent company. Some of our stories include affiliate links. If you buy something through one of these links, we may earn an affiliate commission.