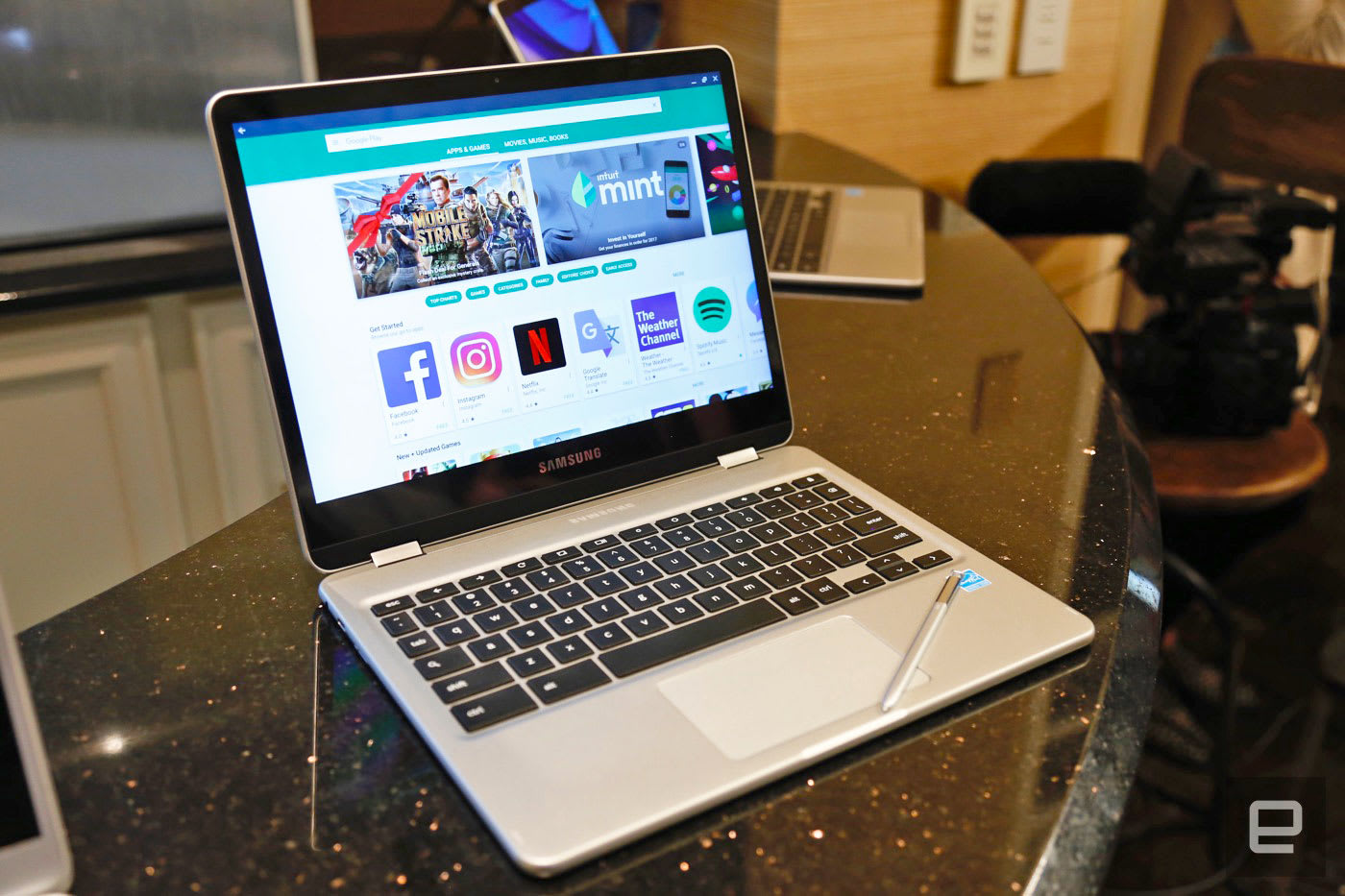 Chrome OS didn't get any real attention at the Google I/O keynote this week, but a little news popped up regarding the delayed Samsung Chromebook Pro. The laptop -- one of the first to run Android apps -- was supposed to arrive in April, but there hasn't been a peep about its delay. But today, Chrome product direct Kan Liu told The Verge that the laptop should be available to purchase on May 28th.

Liu dropped more details about what to expect. For starters, the Play Store unfortunately will not quite be out of beta as promised. An official statement we received from Google confirms this: "We aren't quite ready to bring the Play Store out of Beta. We're still hard at work improving the experience of Android Apps on Chromebooks before we make the Play Store more widely available."

He described it as "80 percent" ready to go for most users and said the best use case will be for people who just need an app or two that otherwise doesn't work with Chrome OS. And while the Chromebook Pro will run Android Nougat, it won't have some advanced multitasking features like split-screen, resizing, docking apps to the side of the screen when it launches. Liu said that the remaining work will involve getting the interplay of Chrome OS and Android to work well for people looking to push apps harder than average user.

Those features should show up eventually -- because Chrome OS is on a six-week update cycle, the team will be able to start integrating some Android features quicker than we might have expected. "For things that makes sense on this form-factor -- APIs and features that we think are important for our users -- we're going to be pulling stuff in whenever it's ready," Liu told The Verge.

The last tidbit here is that Samsung had to do some hardware redesigning to get the Chromebook Pro. That's actually good news, because a prototype version of that computer I tested in February definitely did not feel ready for prime time. With improvements to both the software and hardware coming before the Chromebook Pro finally launches in a few weeks, I'm hoping it'll live up to the promise it first showed when we tried it back at CES. Even if the Play Store is still in beta.

Update 5/19/17: Samsung officially announced today that the Chromebook Pro will be available May 28th. When the time comes, expect to hand over $550 to nab one online from Best Buy, Amazon, Samsung or inside the ShopSamsung app.

Source: The Verge
In this article: applenews, chromebookpro, chromeOS, gear, google, googleio2017, personal computing, personalcomputing, samsung
All products recommended by Engadget are selected by our editorial team, independent of our parent company. Some of our stories include affiliate links. If you buy something through one of these links, we may earn an affiliate commission.