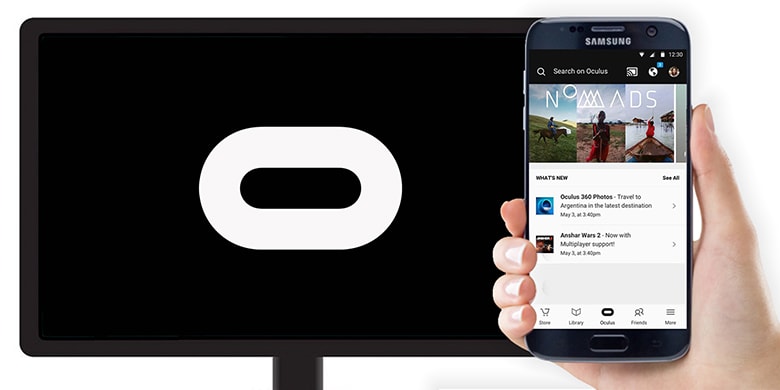 For as much fun as you can have donning a VR rig and slipping into a virtual environment these days, it's still pretty awkward to watch as an outside observer. Now that Google has partially solved the VR spectator problem by building Cast into the next version of Daydream, Oculus and Gear VR are joining the party and adding their own support for Google's streaming solution.

In a blog post announcement, the Oculus team notes that all you need to stream from your Gear VR headset to your TV in real-time is the latest versions of Android and the Oculus mobile app, plus a compatible TV or streaming box. Users only need to hit the Cast button to select a nearby screen and pop on the headset. While spectators obviously won't get the 3D stereoscopic effect, they will get a look at everything that's going on inside the headset. That should greatly simplify things the next time you feel like throwing a VR gaming party, showing off the hardware to your grandparents or just bringing your friends along to the next VR heavy metal concert.

Source: Oculus
In this article: applenews, av, chromecast, gadgetry, gadgets, gear, gearvr, google, googlecast, oculus, samsung, services, virtualreality, VR
All products recommended by Engadget are selected by our editorial team, independent of our parent company. Some of our stories include affiliate links. If you buy something through one of these links, we may earn an affiliate commission.