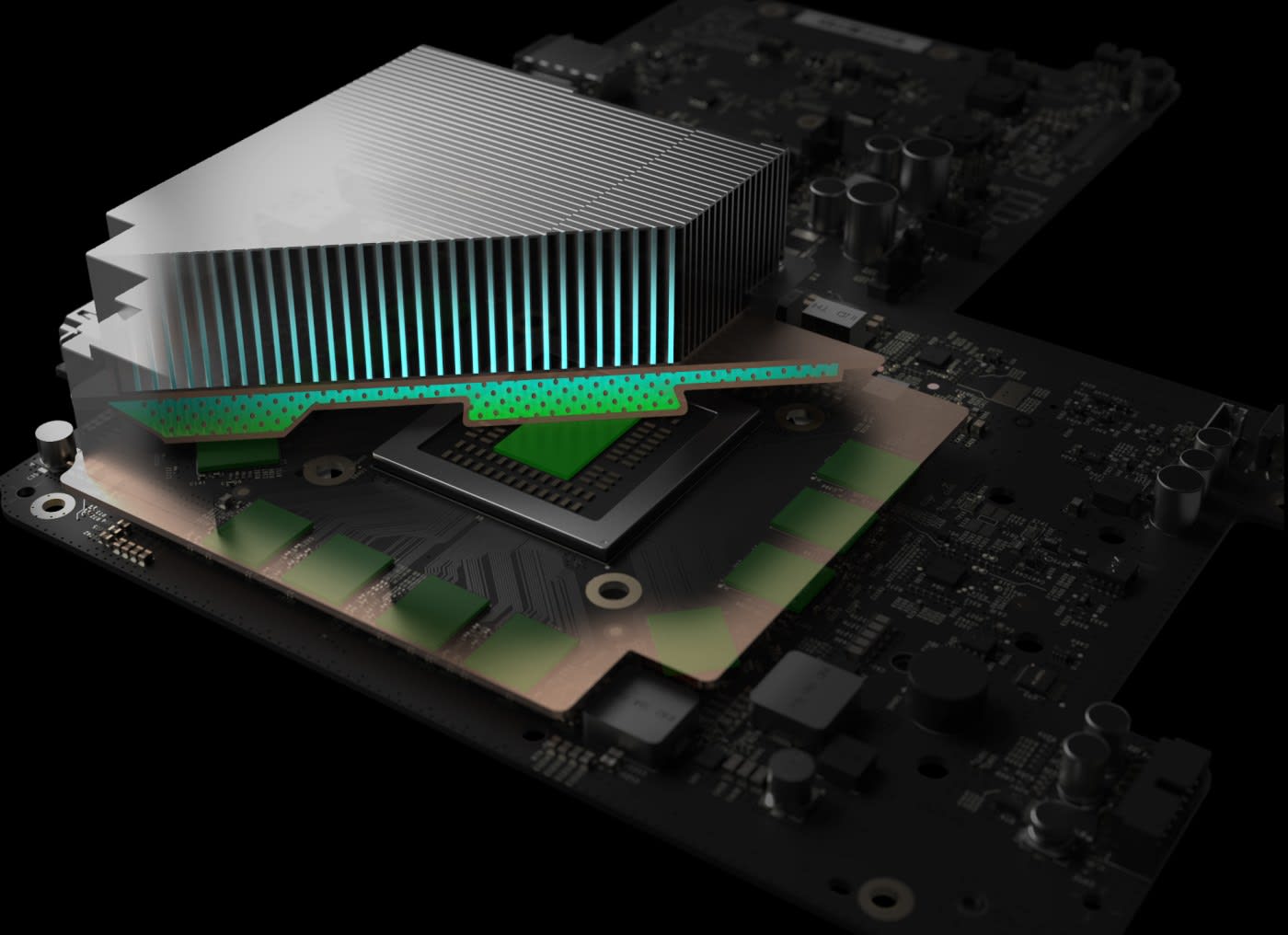 We're still a couple of days away from seeing Microsoft officially reveal its Project Scorpio Xbox, but details continue to dribble out. Xbox & Windows gaming platform VP Mike Ybarra tweeted that the team "unlocked extra GB of RAM for (game developers), now 9GB of GDDR5." In April, program manager Kevin Gammill told Gamasutra that Scorpio would ditch the Xbox One's 32MB ESRAM / 8GB GDDR3 setup for specs showing 12GB of GDDR5 RAM built in (the devkits that we've seen feature 24GB of RAM), with 8GB available for games. The rest of the resources are reserved to handle system features, multitasking apps and other non-game elements.

We'll keep tuning Scorpio to empower creators to share the best versions of their games. Unlocked extra GB of RAM for them, now 9GB of GDDR5

Sometimes system optimizations can free up resources, as we saw with the PS3, or disabling features, as we've seen with the Xbox One using Kinect or Snap picture-in-picture. Early demos of the Project Scorpio hardware have shown its ability to handle 4K, 60fps gaming, but every bit of extra RAM doesn't hurt, as Ybarra explained that even when games don't use the extra RAM directly (read: unoptimized existing Xbox One games), it will be available for caching to speed things up. The only thing that hasn't expanded, however, is the space on your DVR, which you may need since Xbox boss Phil Spencer says the company's Sunday afternoon press conference is likely to stretch beyond the scheduled 90 minutes.

Games that don't use the full 9GB, the rest of the RAM will be used as a cache (making things load way faster, etc.). All games = better. https://t.co/yZTGOvBJRx

Source: Mike Ybarra (Twitter)
Coverage: Gamasutra
In this article: applenews, E32017, gadgetry, gadgets, gaming, microsoft, MikeYbarra, ProjectScorpio, RAM, XboxOne
All products recommended by Engadget are selected by our editorial team, independent of our parent company. Some of our stories include affiliate links. If you buy something through one of these links, we may earn an affiliate commission.