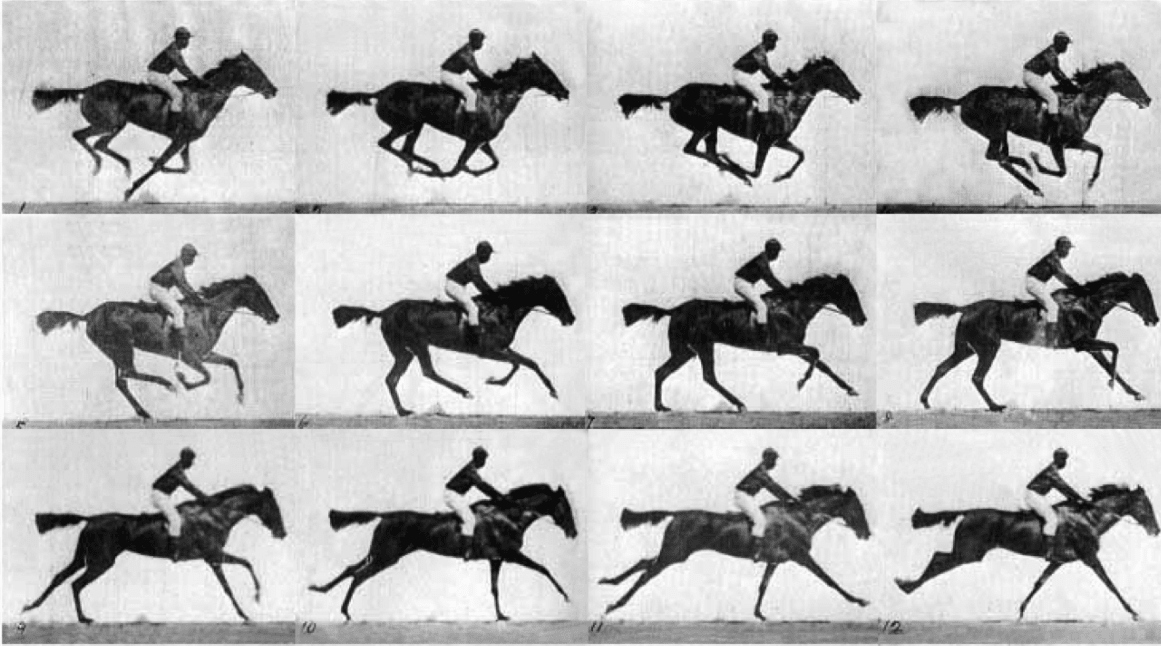 Forget USB drives and the cloud -- what if you could carry every bit of data you've ever used on your skin? That's the long-term goal of researchers at Harvard Medical School, who have stored a video in the DNA of bacteria. It's the first time a video has been recorded into living cells, as opposed to synthetic material.

The team inserted a short animated image of 'The Horse in Motion' (one of the earliest moving images ever created) into E. coli, using gene-editing system CRISPR. The movie was split into five frames, and each frame chopped into single-colored pixels. They then created DNA codes corresponding to each color and strung them together. Each bacterium carried snippets of the video stored in their DNA, and when taken together, the scientists were able to retrieve and reconstruct the pieces to play the video.

It's not the first time we've seen data stored in this fashion. Back in 2003 a small message was encoded into DNA, and more recently we've seen a full operating system written into DNA strands. One team is even trying to store poetry in DNA. But this is the first time it's been attempted with living bacteria, rather than synthetic material, which presents a unique set of challenges. Live cells are constantly moving and changing, and are liable to interpret the addition of data to their DNA as an invading virus, and subsequently destroy it. That's why, shaky and blurred as it is, this movie breaks new ground.

The world is generating huge amounts of digital data, and scientists see DNA as an effective way of not only dealing with the volumes produced, but as a secure method of preservation. In the face of nuclear explosions, radiation exposure or extreme temperature fluctuation some bacteria can continue to exist -- data centers will not.

It'll be some time before you can use this technology to upload data into your body, but in the meantime it has valuable research applications. The scientists behind the study hope the breakthrough will eventually lead to the creation of "living sensors" that can record what is happening inside a cell or in its environment.

Via: Stat News
Source: Nature (PDF)
In this article: bacteria, data, DNA, services, storage, tomorrow
All products recommended by Engadget are selected by our editorial team, independent of our parent company. Some of our stories include affiliate links. If you buy something through one of these links, we may earn an affiliate commission.