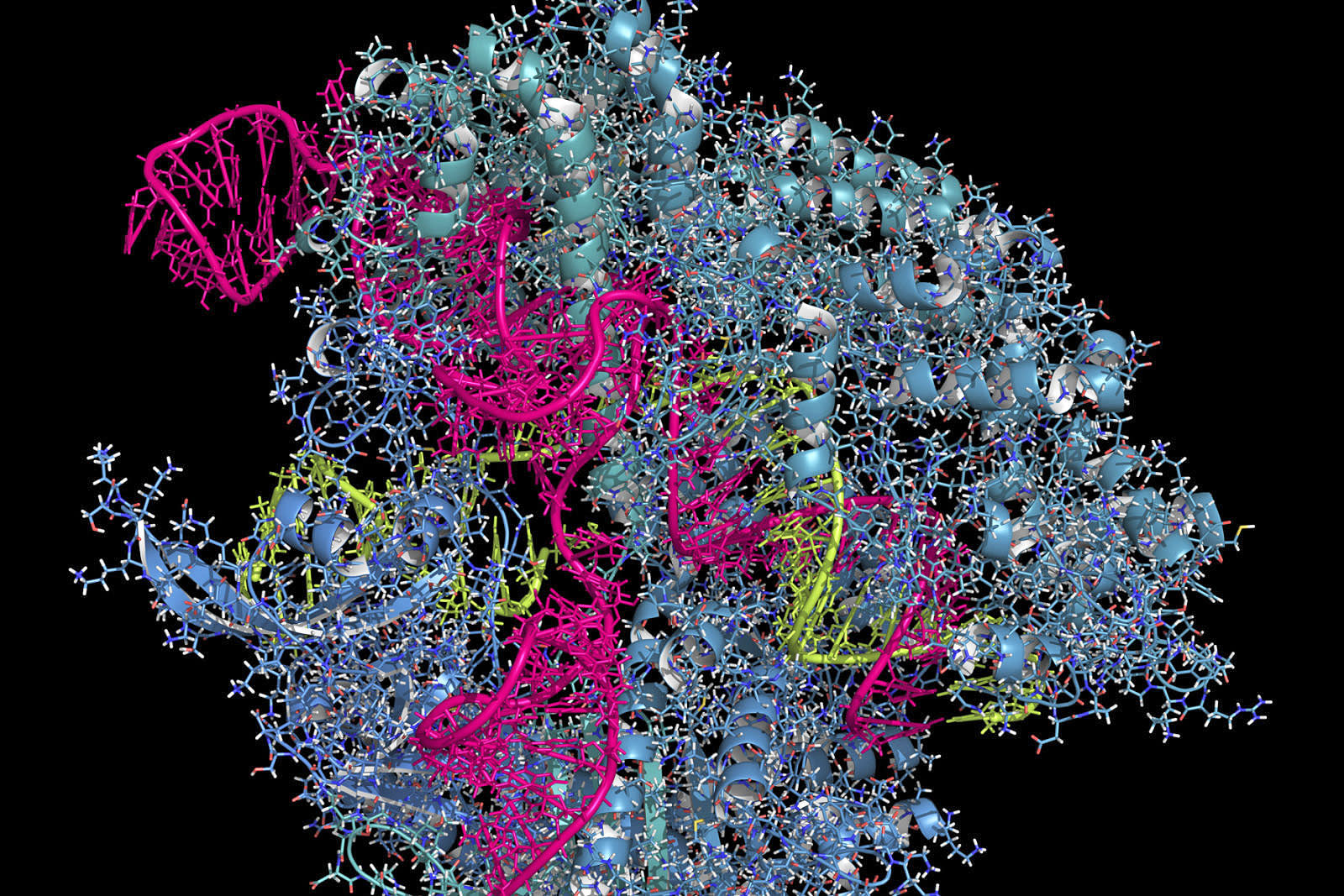 Believe it or not, scientists haven't had a close-up look at CRISPR gene editing. They've understood its general processes, but not the minutiae of what's going on -- and that raises the risk of unintended effects. They'll have a much better understanding going forward. Cornell and Harvard researchers have produced snapshots of the CRISPR-Cas3 gene editing subtype (not the Cas9 you normally hear about) at near atom-level resolution. They used a mix of cryo-electron microscopy and biochemistry to watch as a riboprotein complex captured DNA, priming the genes so the namesake Cas3 enzyme can start cutting. The team combined hundreds of thousands of particles into 2D averages of CRISPR's functional states (many of which haven't been seen before) and turned them into 3D projections you can see at the source link.

As for what the researchers learned? Quite a bit, actually. They found that the riboprotein forces a small piece of DNA to unwind, allowing an RNA strand to bind and create a "seed bubble" that serves as a sort of fail-safe -- if the targeted DNA matches the RNA, the bubble gets bigger and the rest of the RNA continues binding until it forms a loop structure. The riboprotein then locks down the DNA and lets the enzyme get to work. The whole process is surprisingly precise and accident-proof, so it shouldn't cut the wrong genes.

The Cas3 technique isn't what you'd call delicate. The team likens it to a "shredder" that eats DNA past the point of no return where Cas9 is more of a surgical tool. The discoveries made here could improve gene editing across the board, however. They could modify CRISPR to improve its accuracy and avoid any inadvertent effects, and methods that have only a limited use right now (like Cas3) could be used for other purposes. Ultimately, this could give scientists the confidence they need to use gene editing to eliminate diseases and harmful bacteria -- they can go forward knowing their genetic tweaking should be safe.

In this article: CornellUniversity, crispr, crisprcas3, cryo-electronmicroscopy, dna, geneediting, genetics, HarvardMedicalSchool, medicine, rna, tomorrow
All products recommended by Engadget are selected by our editorial team, independent of our parent company. Some of our stories include affiliate links. If you buy something through one of these links, we may earn an affiliate commission.