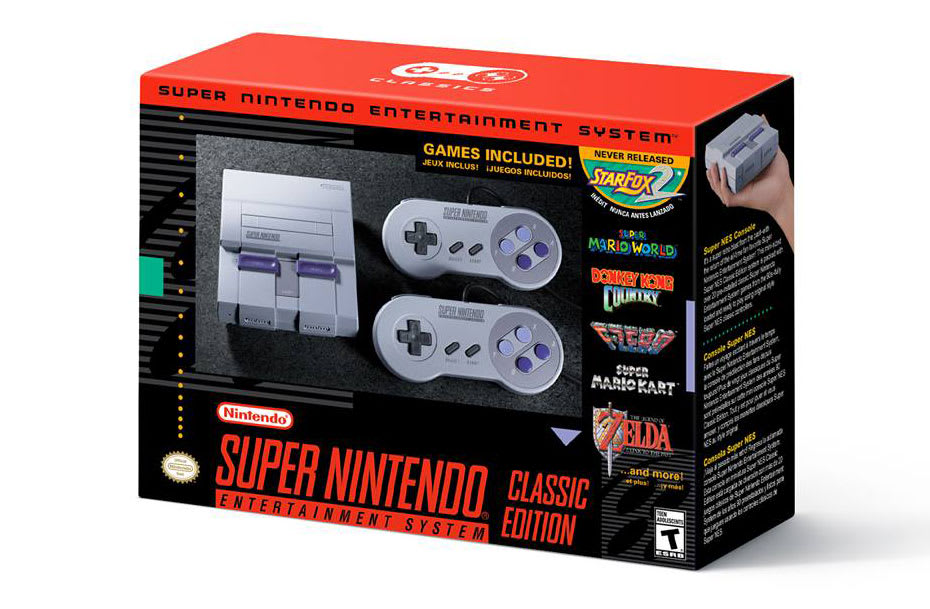 The SNES Classic has already had a tumultuous history, and it was only officially announced last month. But now, Nintendo has confirmed (really for real) that the system will actually (really) be available for pre-order later in August.

Rumors swirled around the SNES Classic after its older brother, the NES Classic, was abruptly discontinued even though it was incredibly popular. Its existence was finally confirmed in late June, scheduled to release on September 29, and Walmart began taking pre-orders for the retro console. However, the retailer canceled all orders late last month, blaming a "technical glitch" for making the console available ahead of its on-sale date.

But now, Nintendo has assured anxious customers that the console does indeed exist and there will be pre-orders for it. The on-sale date is still September 29, with 21 games -- including Star Fox 2, which was never released. It will cost $80. Nintendo hopes to avoid the shortages that faced the NES Classic this time around, promising to ship more of the product than last year's console. That being said, it looks like the SNES Classic might only be produced in 2017 -- their Facebook posts says units will ship "throughout the balance of the calendar year" -- so if you're desperate to get your hands on one, you should probably pre-order as soon as you can.

Source: Nintendo
In this article: av, gaming, nintendo, snesclassic
All products recommended by Engadget are selected by our editorial team, independent of our parent company. Some of our stories include affiliate links. If you buy something through one of these links, we may earn an affiliate commission.