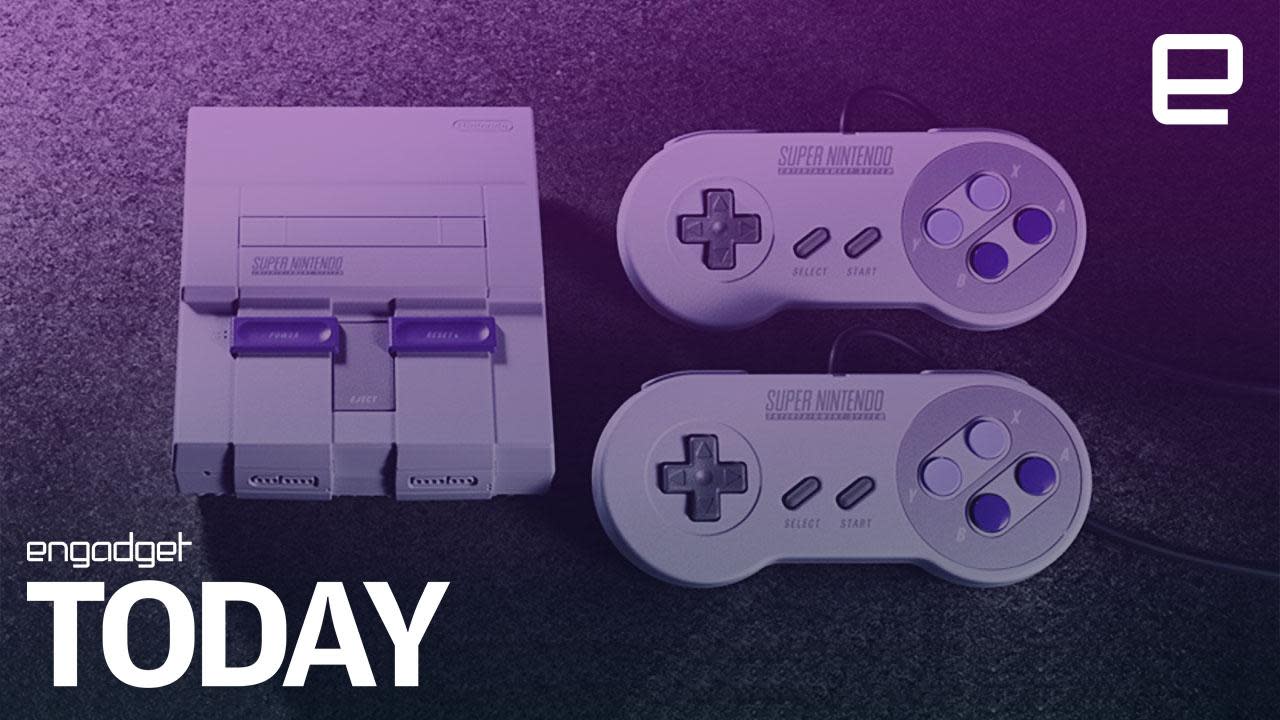 The delicious rumors are true: Nintendo is gearing up to launch the SNES Classic, a miniaturized version of the glorious original Super Nintendo Entertainment System. According to Nintendo's Twitter account, the system will be available on September 29th with 21 games built-in -- including the never-released Star Fox 2.

The $80 system generously includes two controllers this time (the NES Classic only came with one) and fits in the palm of your hand, just like last year's throwback model.

In addition to Star Fox 2, the SNES Classic comes with other massive hits like Super Mario World, Super Mario Kart, The Legend of Zelda: A Link to the Past, Donkey Kong Country, F-Zero, Super Metroid, Mega Man X, Yoshi's Island and more.

Just like it did with the NES Classic / Famicom, Nintendo is again opting to do region-specific releases -- the UK and other territories will get the Super Famicom styling -- it's the same console, just with some different visual flair.

There's no question this will be an incredibly hot holiday season item, but we're going to be skeptical about Nintendo's commitment to the SNES Classic after last year's debacle. It was basically impossible to get your hands on an NES Classic from the moment it launched, and Nintendo never really caught up with demand. Instead, they just discontinued it, apparently giving up on the truckloads of money they could have made keeping it around.

Update: As the SNES / Super Famicom has been announced in Japan as well, we're finding out that the Japanese version will feature slightly different game lineups than the others. In Japan, it loses games including EarthBound and Super Castlevania IV, while adding Fire Emblem: Mystery of the Emblem, Super Soccer, Panel de Pon and Ganbare Goemon: The Legend of the Mystical Ninja, Super Soccer. Finally, it swaps out SFII Turbo: Hyper Fighting for Super Street Fighter II: The New Challengers, and will go on sale October 5th for 7,980 yen ($71 US).

In this article: aoloriginals, applenews, av, console, dailyshow, EngadgetToday, entertainment, gaming, KerryDavis, nintendo, retro, snes, SNESClassic, SuperFamicom, supernintendo, video
All products recommended by Engadget are selected by our editorial team, independent of our parent company. Some of our stories include affiliate links. If you buy something through one of these links, we may earn an affiliate commission.