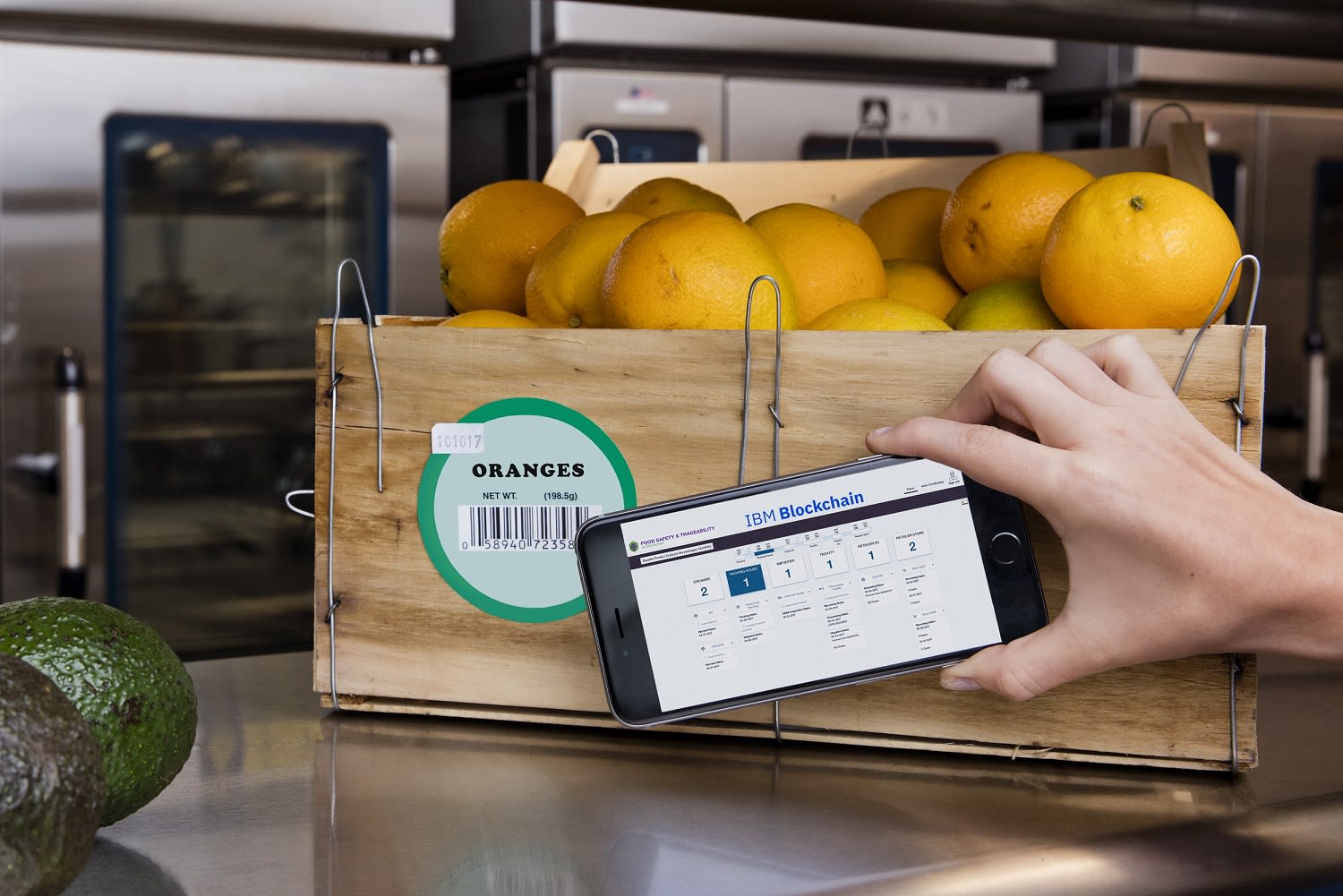 IBM has joined with a group of food supply companies and retailers to use the computing company's blockchain tech to keep food fresh. Currently, it can take up to two weeks to track down the source of contaminated foodstuffs. But just like tracking cryptocurrency transactions all over the world, this consortium will harness IBM's enterprise blockchain services to give its members access to a constantly-updating ledger of food, from source to store.

IBM announced last November that it was working with Walmart for a similar reason -- so the company could use the blockchain to track down soured food before it reached the consumer. In retrospect, that was a test run for the current deal, which is harnessing an enterprise-specialized version of the earlier tech called IBM Blockchain Platform. The retail colossus is just one of many companies under this new partnership umbrella, which also includes Dole, Driscoll's, Golden State Foods, Kroger, McCormick and Company, McLane Company, Nestlé, Tyson Foods and Unilever.

All will have access to the same food-tracking information, which should let them pool information far more easily than trading proprietary product shipping data in the event of food contamination. More to the point, that information is trustworthy, since the blockchain solidifies data in each "block" which prevents anyone from tinkering with it in the future.

It's similar to IBM's earlier partnership with the global shipping company Maersk that lets it -- and anyone else -- use its blockchain tech to track materials across the world. It's unclear if everyday folks will get the same amount of access to the consortium's food shipping information, but it's still a promising application for a number of businesses to see and trust each other's data. And hopefully, of course, fewer contaminated food scares.

Via: TechCrunch
Source: IBM
In this article: blockchain, contamination, dole, food, ibm, IBMBlockchainPlatform, nestle, services, unilever, walmart
All products recommended by Engadget are selected by our editorial team, independent of our parent company. Some of our stories include affiliate links. If you buy something through one of these links, we may earn an affiliate commission.