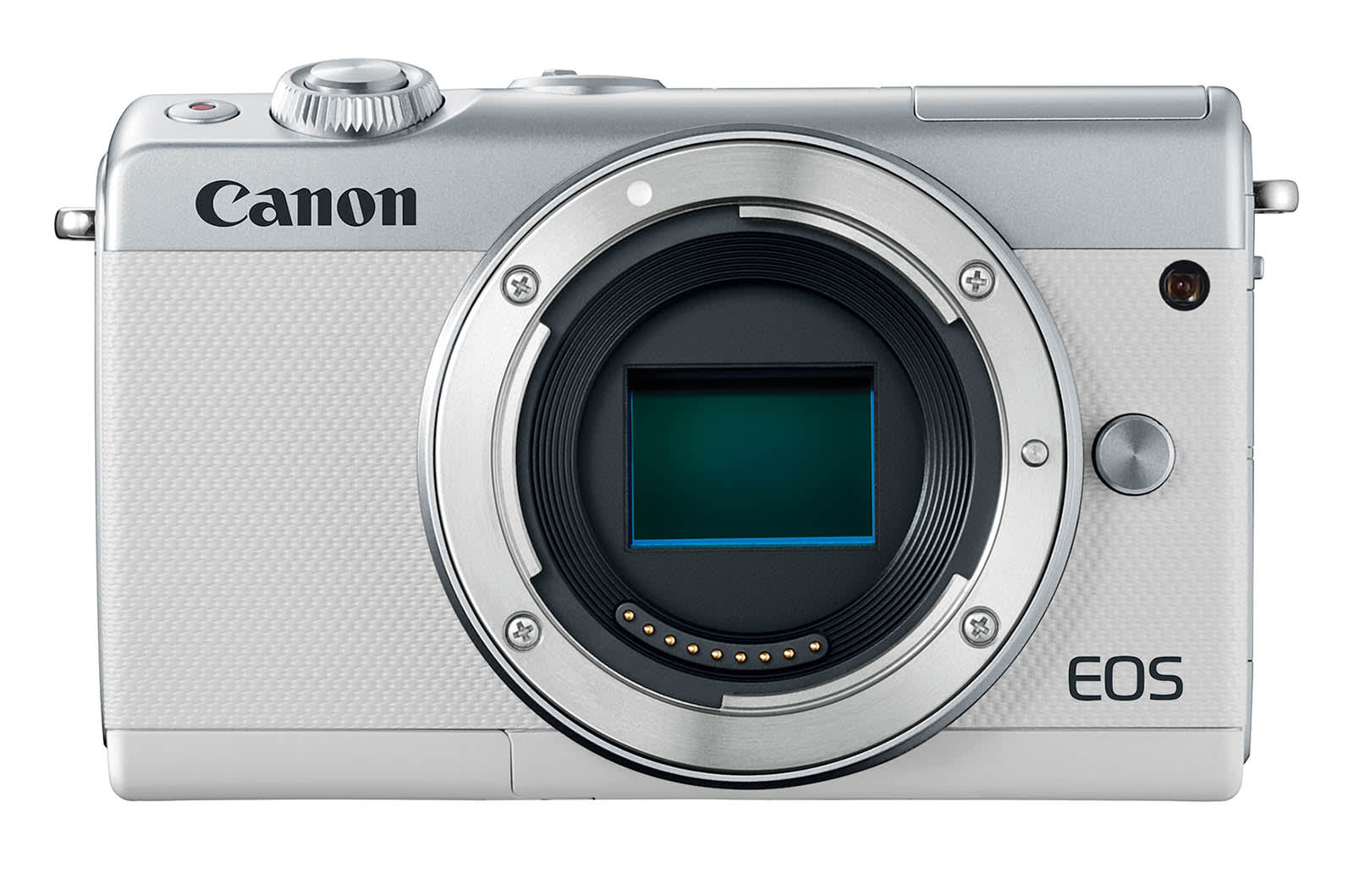 Canon's M5 and other mirrorless cameras don't get the respect of Fujifilm or Sony models, perhaps because of the blah style and lack of features like 4K that users have come to expect. However, it's gradually improved the lineup and managed to increase mirrorless sales by 70 percent this year. To attract those who want to step up from smartphones, Canon has launched the M100, a replacement for the budget M10. The standout feature is a new 24.2-megapixel sensor that provides a big resolution improvement over the previous model's 18 megapixels. Though the M100 lives at the bottom of its mirrorless lineup, the sensor is now the same as the one used on the high-end M5 and M6. Along with an updated Digic 7 processor, it allows up to 6.1 fps shooting and a 100-25,600 ISO range, decent specs for a relatively small and cheap mirrorless model. It also packs Canon's Dual Pixel focus system, which improves autofocus speed whether you're shooting stills or video. Video, is limited to 1080p, unfortunately, but at least you can shoot at 60 fps.

Other features helpful for the selfie set include a 3.0-inch, 180-degree tiltable touchscreen, HDR backlight control for tricky lighting and WiFi, Bluetooth and NFC for smartphone sharing or remote shooting. The touchscreen can be used for menu selection as well as touch focus for video. The Creative Assistant can help beginners blur out backgrounds or make a scene brighter.

In this article: cameras, canon, EosM100, gear, InterchangeableLens, M100, mid-range, mirrorless
All products recommended by Engadget are selected by our editorial team, independent of our parent company. Some of our stories include affiliate links. If you buy something through one of these links, we may earn an affiliate commission.