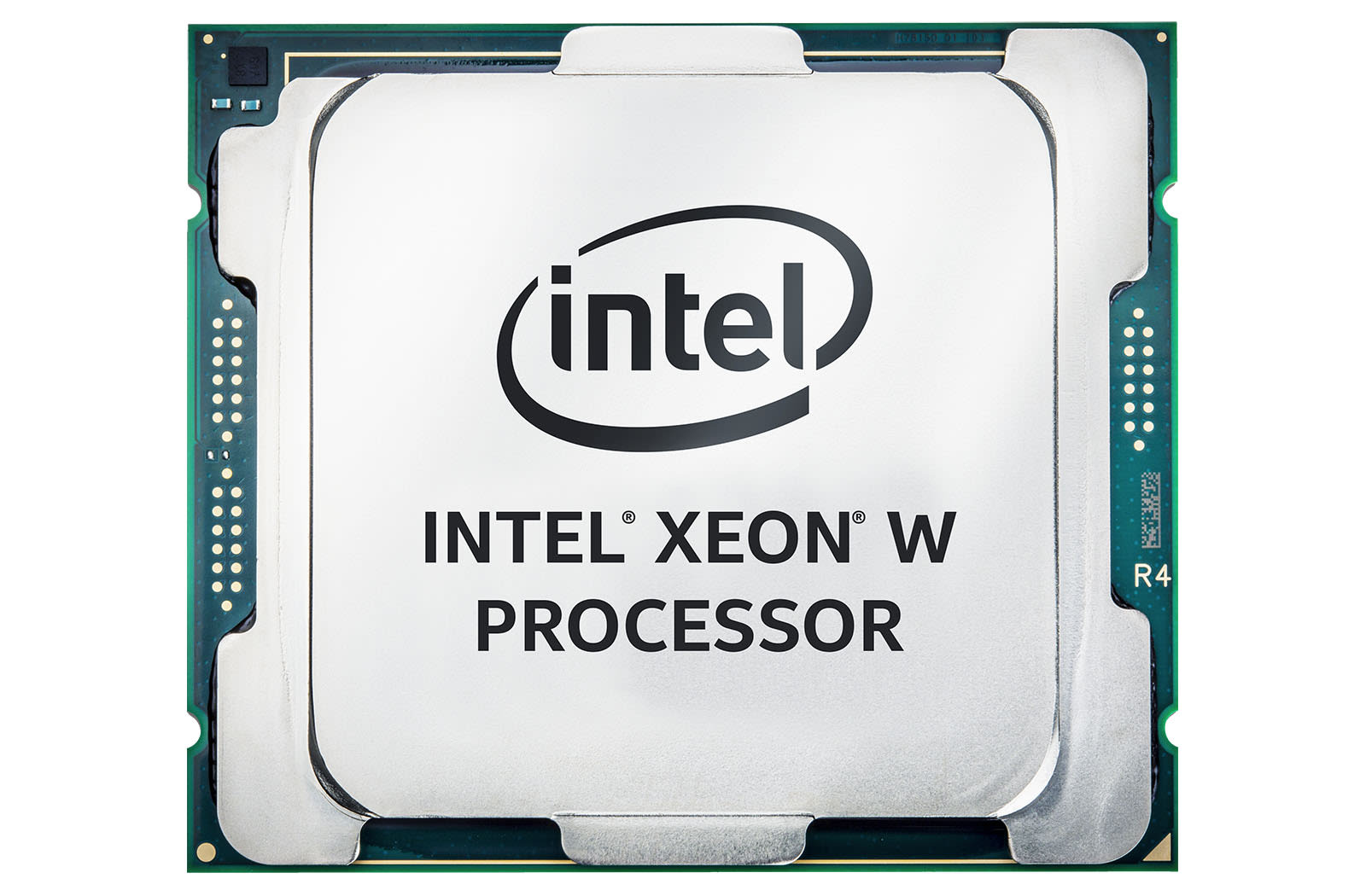 There's been a lot of speculation about which Xeon chips the upcoming iMac Pro will use, but Intel may have just revealed the answer. During IFA, it unveiled the Xeon W-series lineup aimed at high-end, single-CPU, mainstream graphics workstations. Intel didn't say that the iMac pro would use the chip, but the stars line up: The flagship Xeon W has 18 cores and is due by Q4 2017, and Apple promised that iMac Pros with up to 18 cores would arrive this December.

After the 18-core model, you're looking at Xeon Ws with 14, 10, 8 and fewer cores. The top-of-the-line chip can be boosted to 4.3 GHz if you've got the cooling, while the lesser models can go up to 4.5 GHz. The new CPUs also support up to 512GB of DDR4-2666 ECC RAM and have 48 PCI Express 3.0 lanes, giving you plenty of storage and port options. All told, performance is 38 percent better than the current Xeon E5 generation, Intel says.

To be clear, these processors are aimed at video, graphics and VR content creators, not gamers. For those folks, there's the crazy Core-i9 lineup, which blows current single-CPU Xeons out of the water. The $1,000 10-core model is faster than all but two Xeon CPUs, according to PassMark, so the $2,000 18-core model should handily eclipse them all when it's released later this year. That performance no doubt grabbed the attention of graphics and video types, so Intel likely didn't want to wait too long to unveil new Xeon chips lest they be cannibalized.

Intel hasn't said yet which PCs are supporting the Xeon Ws, but with IFA upon us, you might see announcements from Dell, HP, Lenovo and other workstation makers. Apple could also give us some more iMac Pro information during its next iPhone event, rumored to be on September 12th. There's no pricing for the 18-core model yet, but the 10-core W-2155 is $1,440, about 50 percent more than the 10-core i9 CPU.

In this article: 18-core, CPU, gear, IFA2017, intel, personal computing, personalcomputing, Workstation, Xeon
All products recommended by Engadget are selected by our editorial team, independent of our parent company. Some of our stories include affiliate links. If you buy something through one of these links, we may earn an affiliate commission.