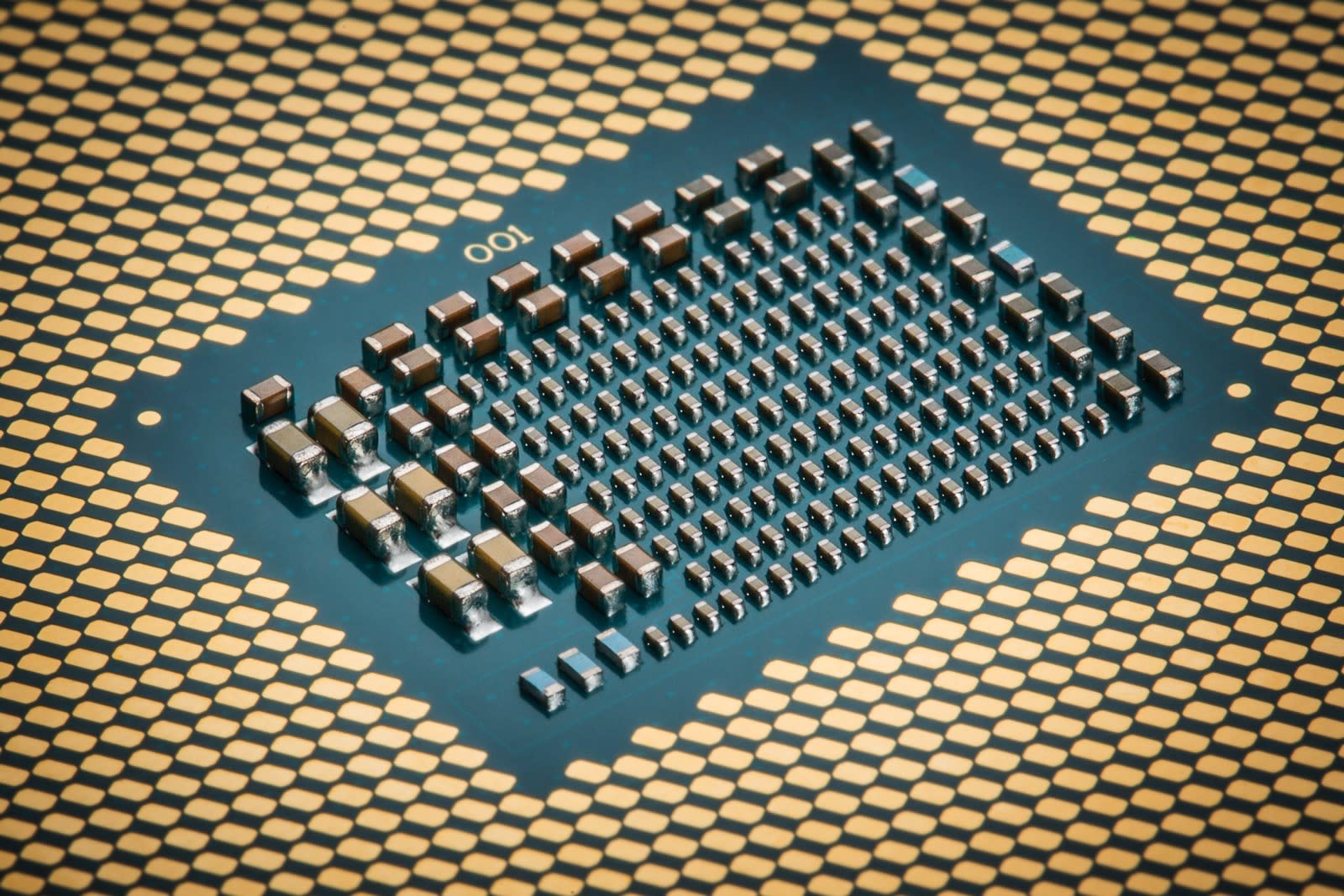 Intel’s 18-core chip was a risk. It will probably pay off.

The company's most powerful CPU ever was built for superfans.

Intel's high brass made a decidedly un-Intel move last August. During a routine business meeting at the company's Santa Clara headquarters, they decided to upend their desktop CPU roadmap for 2017 to prepare something new: the beastly 18-core i9-7980XE X-series. It's the company's most powerful consumer processor ever, and it marks the first time Intel has been able to cram that many cores into a desktop CPU. At $2,000, it's the sort of thing hardware fanatics will salivate over, and regular consumers can only dream about.

The chip's very existence came down to a surprising revelation at that meeting last year: Intel's 10-core Broadwell-E CPU, which was only on the market for a few months and cost a hefty $1,723, was selling incredibly well. And for Intel, that was a sign that there was even more opportunity in the high-end computing world.

"The 10-core part was absolutely breaking all of our sales expectations," Intel's Anand Srivatsa, general manager of its Desktop Platform Group, told Engadget in an interview. "We thought we'd wait six months or so to figure out whether this was actually going to be successful. But within the first couple months, it was absolutely clear that our community wanted as much technology as we could deliver to them." 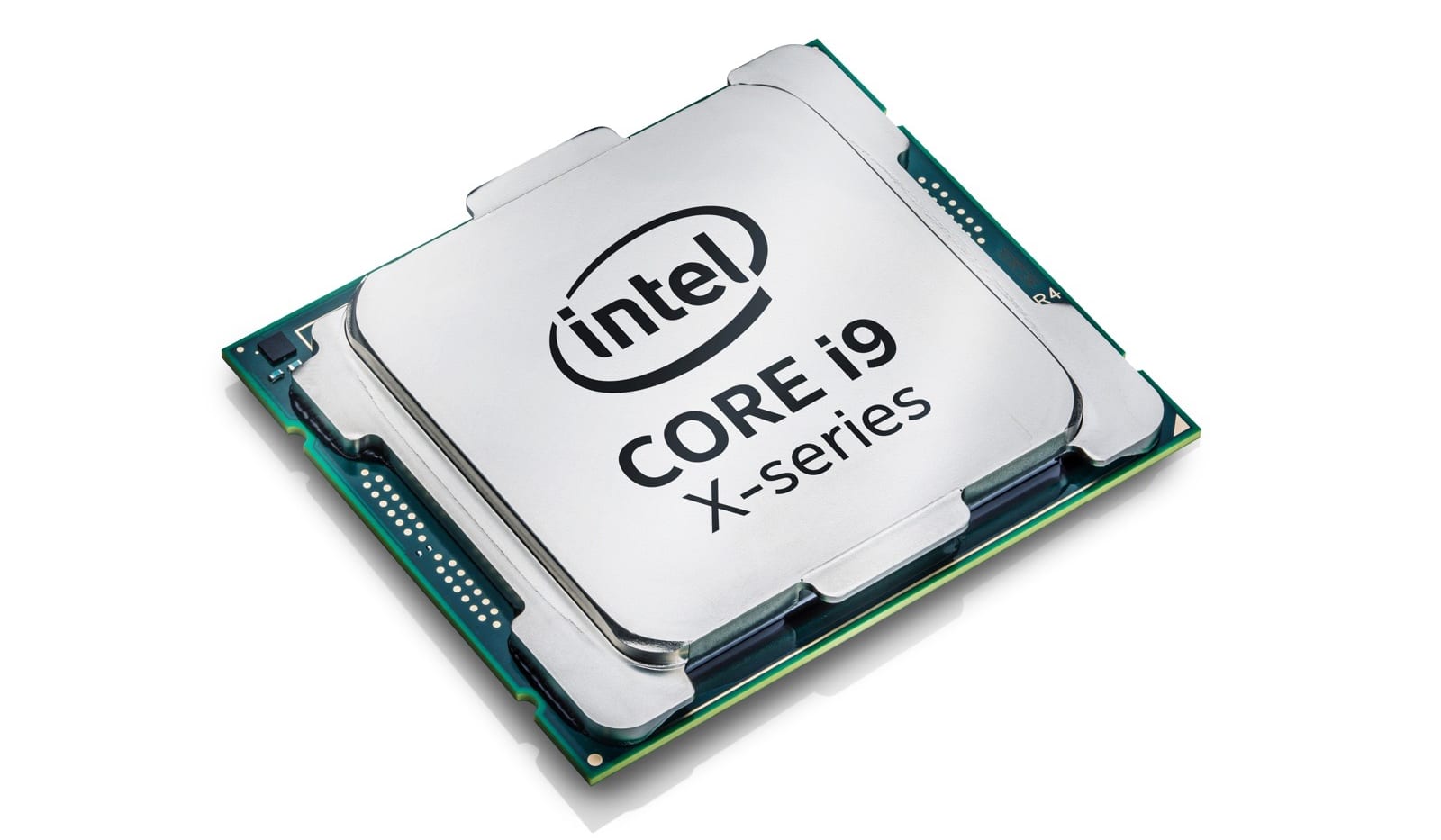 Most consumers these days don't need a full-size desktop. That's no surprise. The rise of smartphones, tablets and ultraportable laptops — along with hybrid devices like Microsoft's Surface — saw to that. But while it might seem like high-end desktop users are merely a niche audience, Intel recognized that they were a niche worth catering to.

As always, there are the gamers who want to eke out the best possible performance. But now that plenty of video game fanatics are broadcasting their exploits live on services like Twitch, there's more demand for computing power than ever before. Their systems need to ensure that their games look good — especially if they're playing at high resolutions like 4K — but they also need to handle video encoding and streaming at the same time without any hiccups.

There are also around 130 million content creators out there, according to Intel's stats. Armed with high-quality cameras and easy-to-use editing tools, they cater to online audiences hungry for video. And of course, they want machines that can also handle a few games as well.

With all of that in mind, Intel set out to make its most uncompromising enthusiast processors yet. Reaching 18 cores was the most prominent achievement, but the entire X-series family (which steps all the way down to four cores) also has plenty of features to satisfy more demanding users.

"Typically a lot of these users are doing prosumer type work; this is time to money," Srivatsa said. "It was clearly indicated to us that if we offered more, people would come back in and refresh faster. That's really where we think the money is."

Meet the Core i9 X-series family

Although we got a taste of Intel's new lineup back in May at Computex, the company today is officially revealing specs for the higher-end i9 family, codenamed "Basin Falls." At the top end, the 18-core i9-7980XE features a base speed of 2.6GHz, and a Turbo Boost 2.0 speed of 4.2GHz. It might seem odd for the creme da la creme of CPU these days to rock a base clock under 3GHz — especially at $2,000 — but the boost figure is more important when you're actually trying to get work done. The chip can also reach up to 4.4GHz with Turbo Boost 3.0, which ups the performance even more on two cores (more on that below).

It'll be a while before we know just how well these chips actually perform, but Intel gave us a small preview from its own benchmarks: The 16-core i9 CPU reached a Cinebench R15 score of 3200 while running an NVIDIA GTX 1080Ti GPU. That puts it right below a 24-core Xeon E5 2697, according to 3D Fluff's database. Another point of comparison: Intel's quad-core i7-7700K -- its fastest consumer CPU from earlier this year -- scored just 966 on that same benchmark.

You'll be able to get your hands on the 14-18 Core i9 CPUs on September 25th, while the 12-core will arrive sooner, on August 28th. The other chips are already available. The road to 18 cores

You can trace Intel's path to its new Core i9 chip back to 2013, when the company decided to refocus its energy on enthusiasts. Up until that point, Srivatsa admits, Intel was paying more attention to new form factors, like ultraportables and convertibles, rather than innovating with desktop chips. The company noticed that enthusiasts were the one key audience that was "absolutely livid" that it decided to skip fifth-generation Core chips on desktops in 2014. Their anger showed they cared far more about Intel's actual products than most other customers. So, it was probably a good idea to show them some love.

Intel's first big volley for enthusiasts came during Computex in 2014, with the launch of its "Devil's Canyon" chips. Although they were basically just souped-up versions of the company's fourth-generation processors, which originally debuted in 2013, they were still the fastest desktop chips Intel had ever made. The Core i7-4790K (which still sits in my rig today) was the company's first quad-core CPU and clocked at 4GHz.

Sweetening the pot even more for gear heads, these were all unlocked chips with better power management than previous models, so overclocking them was a cinch. While Devil's Canyon processors didn't quite live up to their initial hype — many overclockers hoped they could reach speeds of 5GHz with just air cooling — they still performed better than what came before.

The company quickly followed up in 2014 with the $1,000 8-core Haswell-E "Extreme Edition" processor. It lived up to the promise of being Intel's most powerful desktop CPU at that point — but it was also disappointing to gamers, since it was clocked much lower (between 3GHz and 3.5GHz) than the Devil's Canyon chips, which had come out just four months prior. For anyone who cared more about clock speed, it paradoxically made more sense to stick with previous-generation chips. Still, that apparently didn't matter to some buyers.

"Devil's Canyon and this [Haswell-E] part were really a test to see if the engagement that the enthusiast community had with our products was going to translate into them buying these chips," Srivatsa said. With Haswell-E, Intel ended up seeing a 25 percent jump in sales compared to the previous generation. 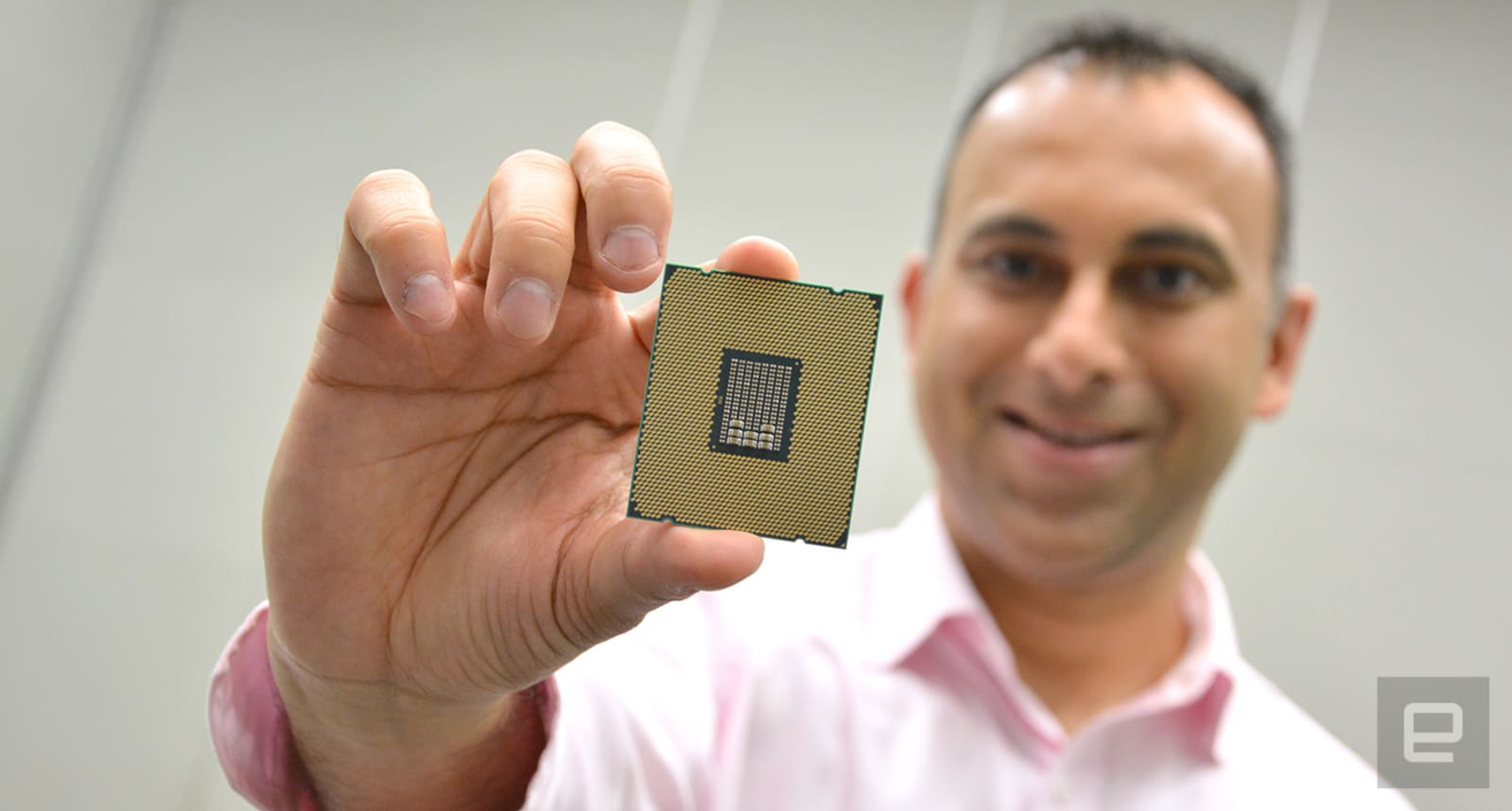 Broadwell-E, which debuted at Computex in 2016, was the next major CPU milestone. It was the first time Intel managed to deliver a 10-core desktop chip, and even at $1,723, enthusiasts ate it up. Its early success put Intel on the path to developing the 18-core i9 Extreme Edition, by forcing it to open up its roadmap. Without the success of Broadwell-E, Intel would have stuck to its original plan and waited much longer before making the jump to 18 cores.

"I'll be honest, there was a lot of discussion about whether we were putting out cores nobody wanted," Srivatsa said. "We had this expectation that the actual workloads don't typically need as much as we think they would. We thought maybe there wasn't as much of a demand for additional cores and additional performance in this segment."

Turbo Boost Max... to the max

Beyond reaching a new core count milestone, Intel also aimed to fix a longstanding dilemma with its Extreme Series CPUs. Typically, if you wanted one of these chips, you'd have to sacrifice a bit of clock speed in exchange for having more cores. That's why the Haswell-E was 1GHz slower than the older Devil's Canyon CPU, despite costing three times as much.

The problem for consumers: Games rely more heavily on single-threaded performance, so you'd want the highest speed possible. Things like encoding and broadcasting video, meanwhile, take advantage of multi-threaded performance, which means the more cores the better. That left many buyers with a tough choice: Should they buy a system better suited for games, or one that was better for content creation?

Srivatsa notes that tradeoff is "honestly a part of physics." The more cores you cram onto a CPU, the more you have to worry about cooling them all down. But last year, Intel introduced something on the Broadwell-E chip that could help deal with that issue: Turbo Boost Max 3.0. Simply put, it's an evolution of the company's Turbo Boost technology that allows one core to perform much faster than it could before.

Last year at Computex, Intel's Navin Shenoy (now vice president and manager of its data center group), explained it like so: "Let's say you've got 10 cores running ... There's a distribution curve in our manufacturing profile, so one core may run slightly faster than the others. Historically we would just say, we'll run all the cores at the frequency of the weakest link. Now we're able to, on a 10-core processor, say one core is faster than the other nine, and we can dedicate single-threaded workload to that core so you can get faster speeds."

While it was a noble effort, the original incarnation of Turbo Boost Max was difficult to use. You needed a motherboard that supported it, and it was controlled by a driver, which required manually choosing programs to speed up. Or, if you were lazy, you could just have it work on whatever application you had in the foreground.

This time around, with the Core i9 X-series chips, Intel made Turbo Boost Max both more powerful and easier to use. It can now push two cores and four computing threads up to 4.5GHz, instead of just getting a single core to 4GHz. That makes it just as powerful as its fastest single-threaded performer, the Core i7-7700K, which should be a boon for gamers. And Intel also made Turbo Boost Max natively compatible with Windows, so you don't have to worry about managing a driver and any additional software to take advantage of faster speeds. The OS will do all the work for you. If you've been feeling nostalgic for an old-school computing hardware war, we're about to get one. AMD also announced its Threadripper CPUs for high-end desktops a few months ago, and, as usual, they're significantly cheaper than Intel's offerings. The 16-core AMD 1950X will cost $999, with speeds between 3.4GHz and 4GHz .That's the same price as Intel's 10-core i9 X-series processor, while the 16-core model will run you $1,699.

This is a familiar battle. AMD gained a reputation among enthusiasts for delivering CPUs that were a better overall value than Intel's. But while it hasn't innovated much on the desktop front over the past few years, AMD is betting big on its new Ryzen CPU architecture, which could give it more of a fighting chance against Intel. The Threadripper scored 2,876 on Cinebench R15 — but while that's below Intel's 16-core X-series result of 3200, it's also $699 cheaper. It'll be years before most consumers need a CPU as extravagant as Intel's 18-core powerhouse X-series. And by the time they do, you can bet that an equivalent chip will be much cheaper. But the fact that it exists tells us a lot about Intel's current priorities. The company is finally betting big on enthusiasts. And since plenty of its high-end innovations will eventually trickle down to rest of the market, that's ultimately a good thing for everyone.