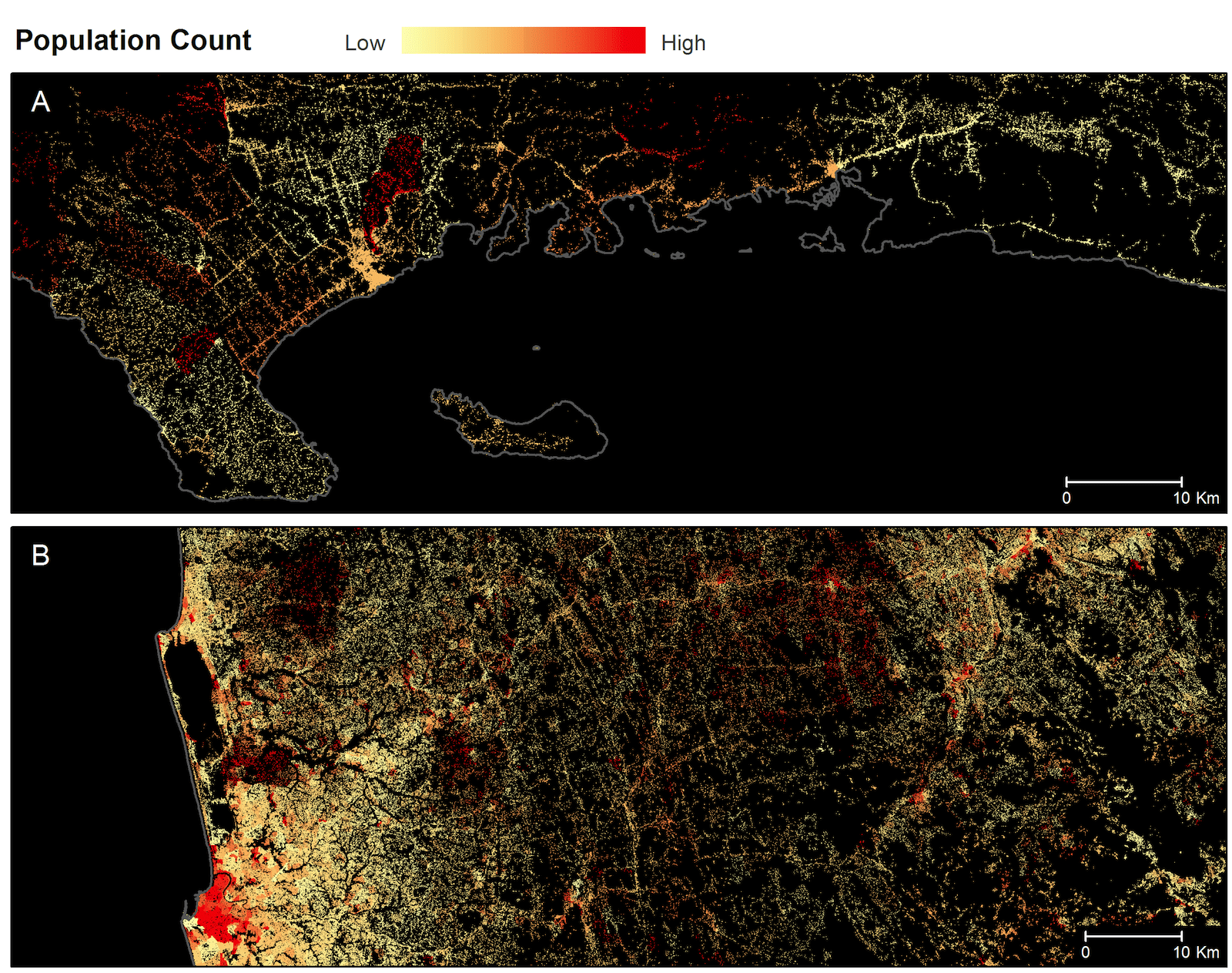 In its research into the best way to provide the internet to the entire world, Facebook has mapped where all 7.5 billion people on the planet live. By combining government census data and satellite images along with some help from Facebook's image recognition neural network, the company can now locate every single man-made structure to within just five meters.

The mapping technology is being used to figure how to deliver internet to populations that currently don't have it or have poor connections to it. Along with ground networks, Facebook has determined that using drones and satellites will be most effective in pushing connectivity further. CNBC reports that Facebook's head of strategic innovation partnerships and sourcing, Janna Lewis, said at the Space Technology and Investment Forum this week, "We're trying to connect people from the stratosphere and from space."

Around half of the over 500 US satellites orbiting around Earth were launched for commercial reasons and because of groups like SpaceX, Blue Origin, Virgin Galactic and Virgin Orbit, launching satellites has never been cheaper. That makes the idea of a space-based internet delivery system a much more attainable reality than ever before. "Satellites are exciting for us. Our data showed the best way to connect cities is an internet in the sky," said Lewis.

While it has worked on generating its maps, Facebook's Connectivity Lab has released findings from the work. Last year, it released a dataset that included information on 23 countries. The team found that 99 percent of the population in those countries lived within 63 km of the nearest city. "Hence, if we are able to develop communication technologies that can bridge 63 km with sufficiently high data rates, we should be able to connect 99 percent of the population in these 23 countries," the Connectivity Lab's Tobias Tiecke wrote.

Update: While the original report indicated that Facebook has mapped the Earth's entire population, a spokesperson confirmed the technology has been used on 23 countries noted in its blog post, not the entire world.

Source: CNBC
In this article: BlueOrigin, connectivitylab, facebook, gear, internet, satellite, space, spacex, tomorrow, VirginGalactic, virginorbit
All products recommended by Engadget are selected by our editorial team, independent of our parent company. Some of our stories include affiliate links. If you buy something through one of these links, we may earn an affiliate commission.