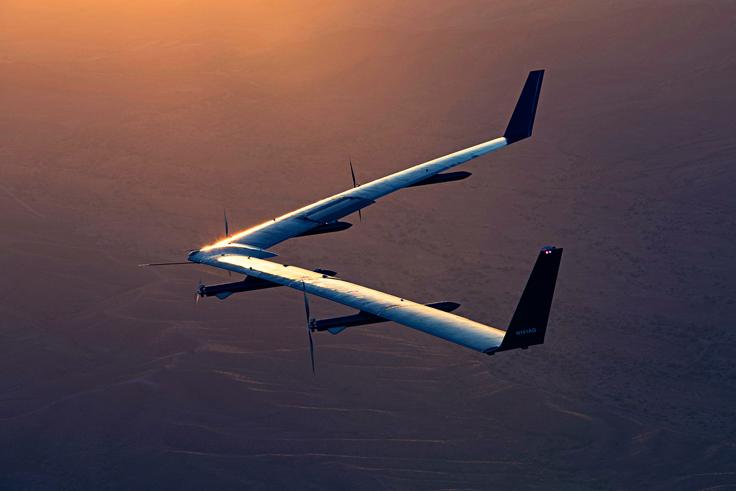 Facebook has been testing its solar-powered unmanned aircraft, Aquila, for the past couple of years. The internet-providing drone made its first full flight last June, though it crashed on landing after the 96-minute flight in Yuma, Arizona. The accident prompted a US investigation, which found that the autonomous plane went down due to windy conditions. The second full flight, just announced by Facebook, took place on May 22, ran for one hour and 46 minutes and landed successfully.

Facebook says that it improved Aquila based on the lessons the drone crew learned from the first unsuccessful flight. The team included new "spoilers" to the wings to increase drag and reduce lift while landing. The plane now has hundreds of new sensors to gather data with, modified autopilot software, new radios, a "smoother finish" and a horizontal propeller that helps stop the plan when landing. The takeoff in May was normal, according to Facebook, and climbed at a rate twice as fast as the original test flight. The craft has no landing gear and lands on Kevlar pads attached to the motor pods. The Aquila landed on a 500-foot circle of level gravel, which is about 6 inches deep with the consistency of rough sand.

Facebook says this second flight, also in Yuma, was all about gathering data. "We flew lengthy test points at constant speed, heading, and altitude to measure the airplane's drag," the company writes in a blog post. "The data from these 'trim shots,' as they're called, will be used to refine our aerodynamic models, which help us predict the energy usage and thus optimize for battery and solar array size." The successful launch and subsequent successful landing in this second full test flight bodes well for Faceboook, who wants to use the planes to provide internet connectivity to places in the world without it.

In this article: aircraft, aquila, autonomous, drone, facebook, gear, internet, landing, robots, testflight, unmanned, video
All products recommended by Engadget are selected by our editorial team, independent of our parent company. Some of our stories include affiliate links. If you buy something through one of these links, we may earn an affiliate commission.