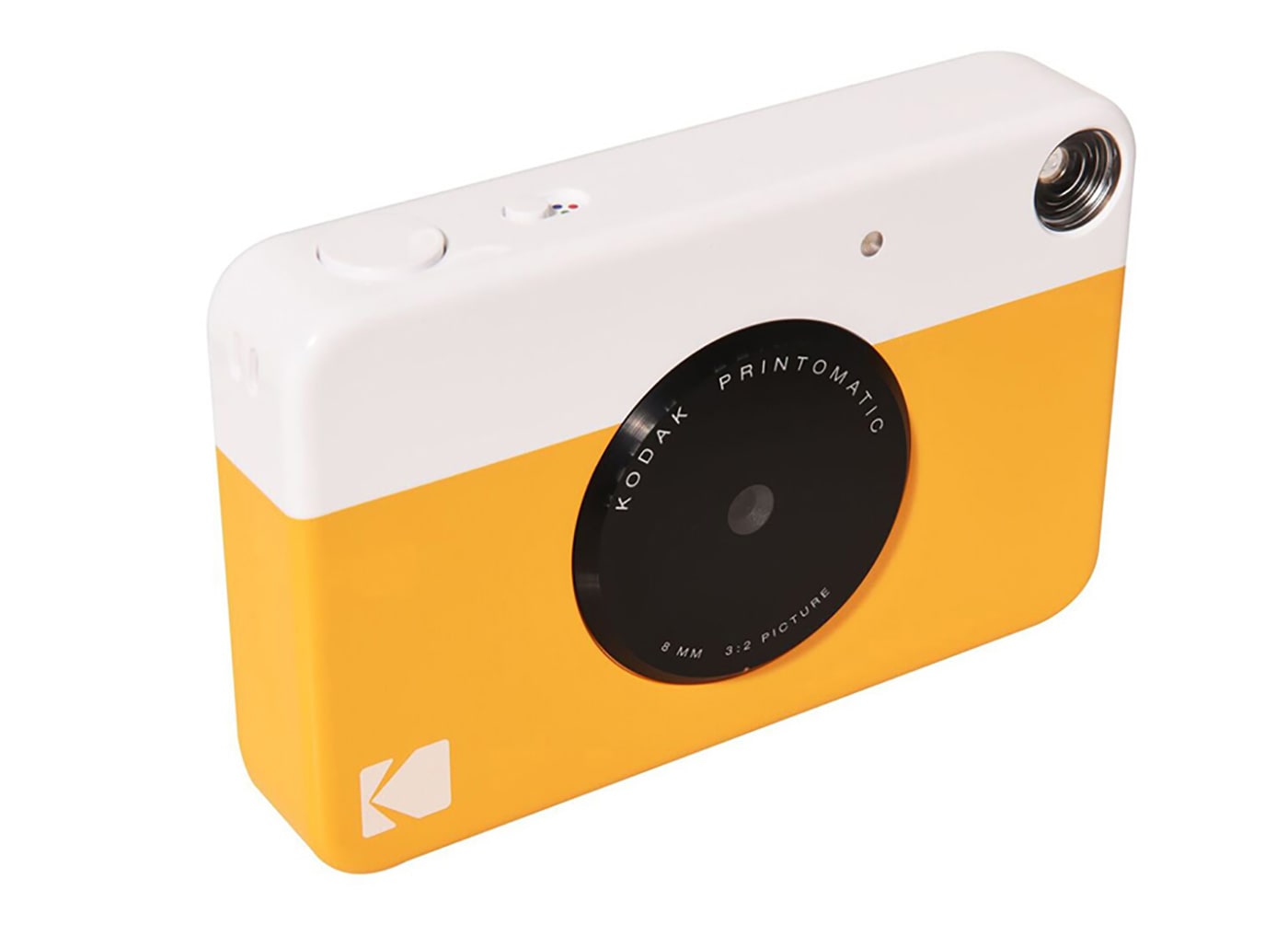 I still remember how excited I was when my parents brought home a shiny Kodak instant camera, and how that turned to disappointment when it was recalled in a patent dispute with Polaroid (yes, I'm that old). I'm not nearly as excited with Kodak's latest instant camera, the Printomatic, though. That's because this time, it's nearly a carbon copy of Polaroid's Snap, introduced in 2015 and produced by a third company, C+A Global, that licensed Kodak's name.

The camera was in fact designed by the same company and has an identical form, as the Verge notes, albeit with the optical viewfinder in the corner instead of popping up above the lens like on the Polaroid Snap. It uses the same type of ZINK (zero ink) heat-activated, color-crystal, 2 x 3-inch paper, in lieu of inkjet or photochemical paper. You also get 10-megapixel digital copies stored on a MicroSD car.

C+A Global is obviously hoping to exploit the instant camera trend and Kodak's name, as other interlopers like Fujitsu and Leica have recently staked out turf. If you really want that nostalgic buzz, however, you might be better off with the rival models, as they actually use good old chemical instant film -- originally created by, you guessed it, Kodak. Those types of films invoke the look of old Polaroid cameras much more than ZINK.

The main thing it Kodak does have going for it with the Printomatic is the price: It's just $70 with a 10-pack of ZINK paper, memory card and USB-cable. It arrives in September in gray or yellow.

Via: Imaging Resource
Source: Kodak
In this article: CAGlobal, cameras, gear, InstantCamera, Kodak, Polaroid, Printomatic, Zinc
All products recommended by Engadget are selected by our editorial team, independent of our parent company. Some of our stories include affiliate links. If you buy something through one of these links, we may earn an affiliate commission.