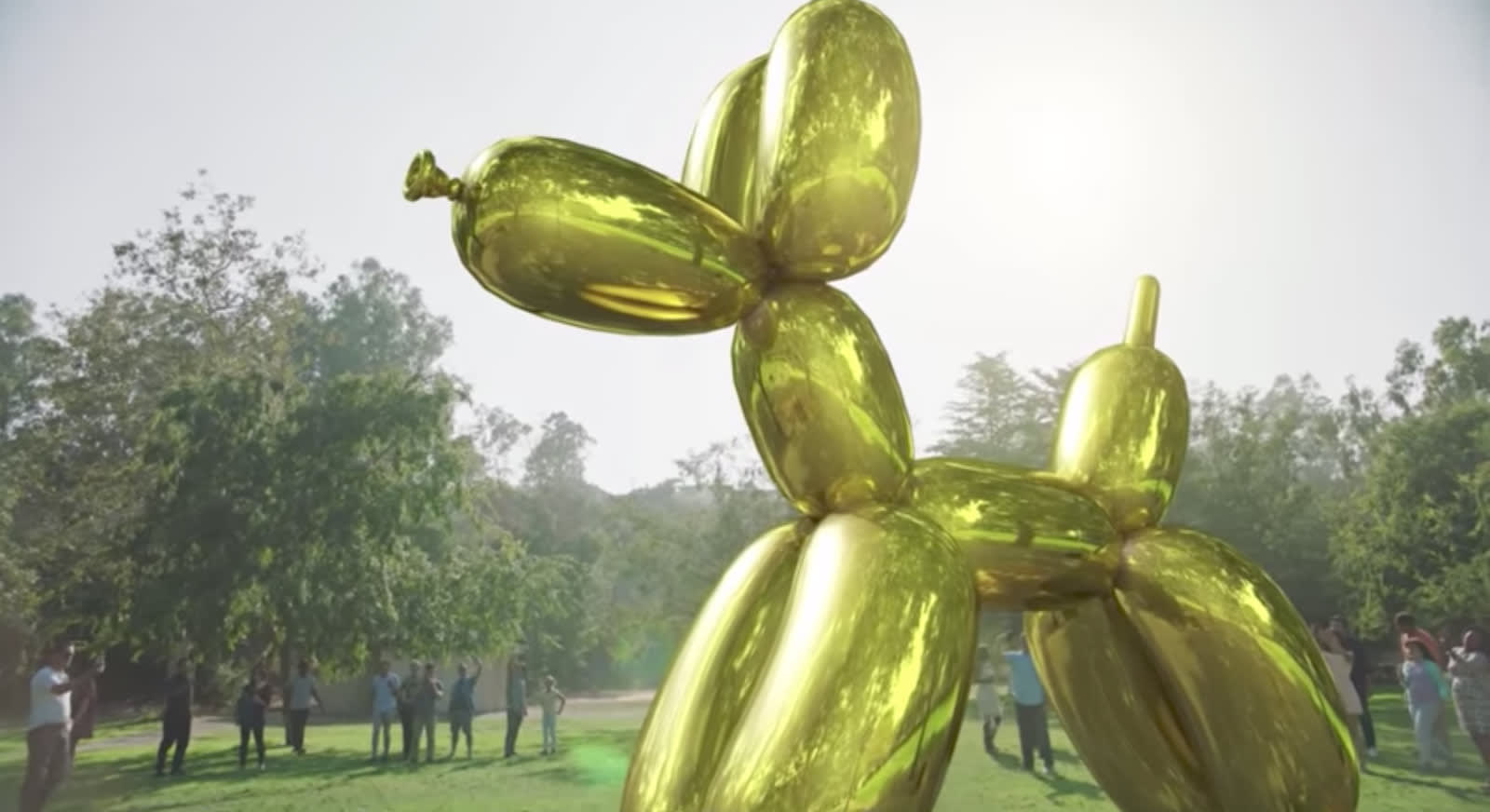 Snap is bringing a touch of art world glitz to Snapchat. Keen observers will have noticed a newly launched countdown on its art.snapchat.com URL. Well, the internet has already cracked its code. And no, you're not about to get a Snapchat drone (at least not yet). The domain is apparently tied to a new augmented reality art project featuring Jeff Koons and, possibly, more artists down the line. When logged into the app, users will be able to point their phones at a distinct spot to view Koons' signature giant balloon installations.

I wish startups would learn to start guarding against client-side date setting pic.twitter.com/TY8zMneEDq

Snap is also opening up the feature to applicants (likely other artists), who will be able to sign up via the website. Software engineer, and Twitter user, Jonah Grant first unlocked the site's secrets by simply setting his computer's clock ahead a few hours. Since then, other users have shared screenshots and a video from the site. The clip below (which comes courtesy of Paul Stamatiou) lacks audio, but clearly features footage of Koons interspersed with people using the feature.

full snapchat art video.. no audio. i screencasted from an expired youtube link that was cached HT @jonah pic.twitter.com/Zhyl1hVYTe

According to the stills, the artists' AR balloons will be viewable in Champ de Mars, Paris; Central Park, New York; and Hyde Park, London. Whether or not it's tied into the Snap Map feature is unclear. But, the tool could piggyback on the same tech that Snapchat uses to power its world lenses. It recently opened up the AR capability to advertisers, and this latest feature indicates that it may be mulling a further expansion.

Snap is not commenting on the tool directly, instead claiming that it will "share more soon." We're guessing all will be revealed when the countdown runs out at 3PM ET. That also happens to be when the company's co-founder Evan Spiegel will take the stage at Vanity Fair's New Establishment Summit in Los Angeles.

Source: Jonah Grant (Twitter)
Coverage: TechCrunch, Mashable
In this article: ar, art, AugmentedReality, gear, mobile, MobileApps, snap, snapchat
All products recommended by Engadget are selected by our editorial team, independent of our parent company. Some of our stories include affiliate links. If you buy something through one of these links, we may earn an affiliate commission.