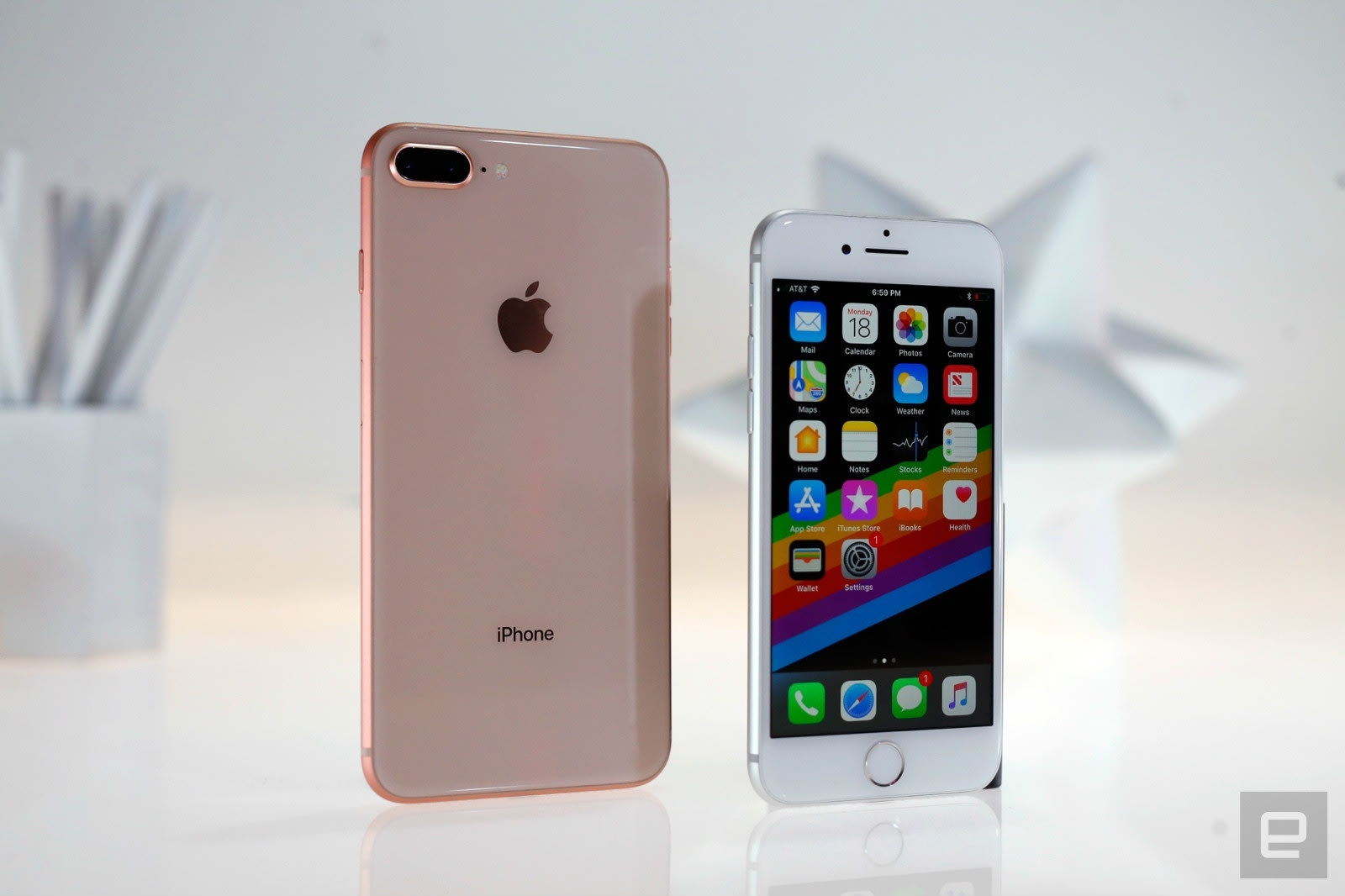 In the midst of its intensifying legal battle with Qualcomm, Apple is designing iPhones and iPads without its long-time partner's chipsets, reports The Wall Street Journal. Instead, it's eyeing Intel and MediaTek's modem chips as a replacement, according to WSJ's sources. They add that Qualcomm has been withholding software for testing in prototypes of Apple's flagship devices, which will likely further dent relations between the two firms.

After years of using Qualcomm's chips in its hardware, Apple began embracing Intel in the iPhone 7 and 7 Plus. And, both companies' components again made the cut on the iPhone 8 and 8 Plus. Yet, there's still time for Apple to change its mind and make amends with Qualcomm -- it has until three months prior to the expected September launch of next year's iPhone to switch suppliers. The release of the next iPad Pro, on the other hand, could be as soon as mid-year 2018.

For its part, Qualcomm said that its modem for the next-gen iPhone has "already been fully tested and released to Apple." It added that it's "committed to supporting Apple's new devices." But, the reassuring words don't match the company's actions.

The spat between the tech titans has been escalating since the onset of 2017. Back then, Apple kicked things off by filing a $1 billion lawsuit claiming Qualcomm ordered it to pay unfair licensing royalties for tech "they have nothing to do with." Things turned nastier still when Apple stopped making payments to the chipmaker -- the fallout from which saw Qualcomm drop its Q3 2017 revenue estimate by half a billion dollars.

Qualcomm responded with its own suit, and several patent infringements that essentially sought to block sales of select iPhone models in the US. The latest chapter in the legal feud saw the battleground switch to China, with Qualcomm requesting a ban on iPhones in the country.

Source: The Wall Street Journal
Coverage: AppleInsider, MacRumors
In this article: apple, business, chipset, gear, ipad, iphone, mobile, qualcomm
All products recommended by Engadget are selected by our editorial team, independent of our parent company. Some of our stories include affiliate links. If you buy something through one of these links, we may earn an affiliate commission.