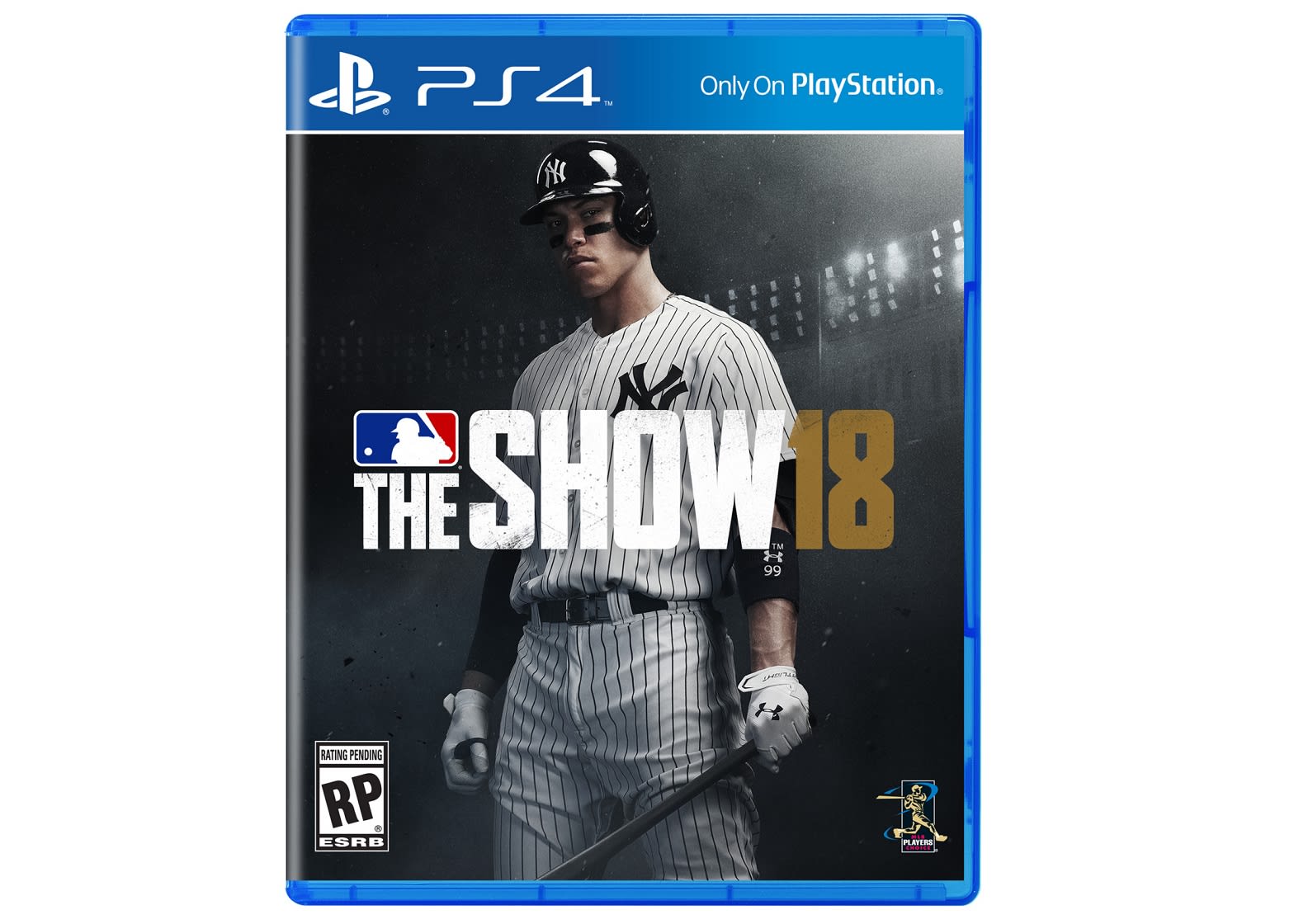 Sony's MLB: The Show franchise has earned a reputation for hitting it out of the park with each annual edition -- and introducing cool new features, like last year's Retro Mode. Now we know when the next one will come out: MLB: The Show 18 launches on March 27th. And who else to grace its cover than the titan of teeing off, the Yankees' Aaron Judge.

Listen, I'm no fan of the Pinstripe Pugs, but seeing Judge decimate this year's Home Run Derby was a thing of beauty. You Canadians won't have to see him grace your copies, however: Editions sold north of the US border will feature Toronto Blue Jays' Marcus Stroman.

There are some standard in-game goodies if you pre-order, but doing so at GameStop or on the PS Store grants early access to play the game on March 23rd. And if you're a serious fan of the Judge, you can pony up $100 for the 'All Rise' special edition at GameStop and EB Games, which includes a hat, spiffy metal case and a host of extras in the game. Sadly, it seems like Sony was serious about releasing the series on PS4 only, following MLB: The Show 17, which was the franchise's first to forgo the PS3.

Source: PlayStation Blog
In this article: av, baseball, gaming, MLB, mlbtheshow, MLBTheShow18, sony
All products recommended by Engadget are selected by our editorial team, independent of our parent company. Some of our stories include affiliate links. If you buy something through one of these links, we may earn an affiliate commission.