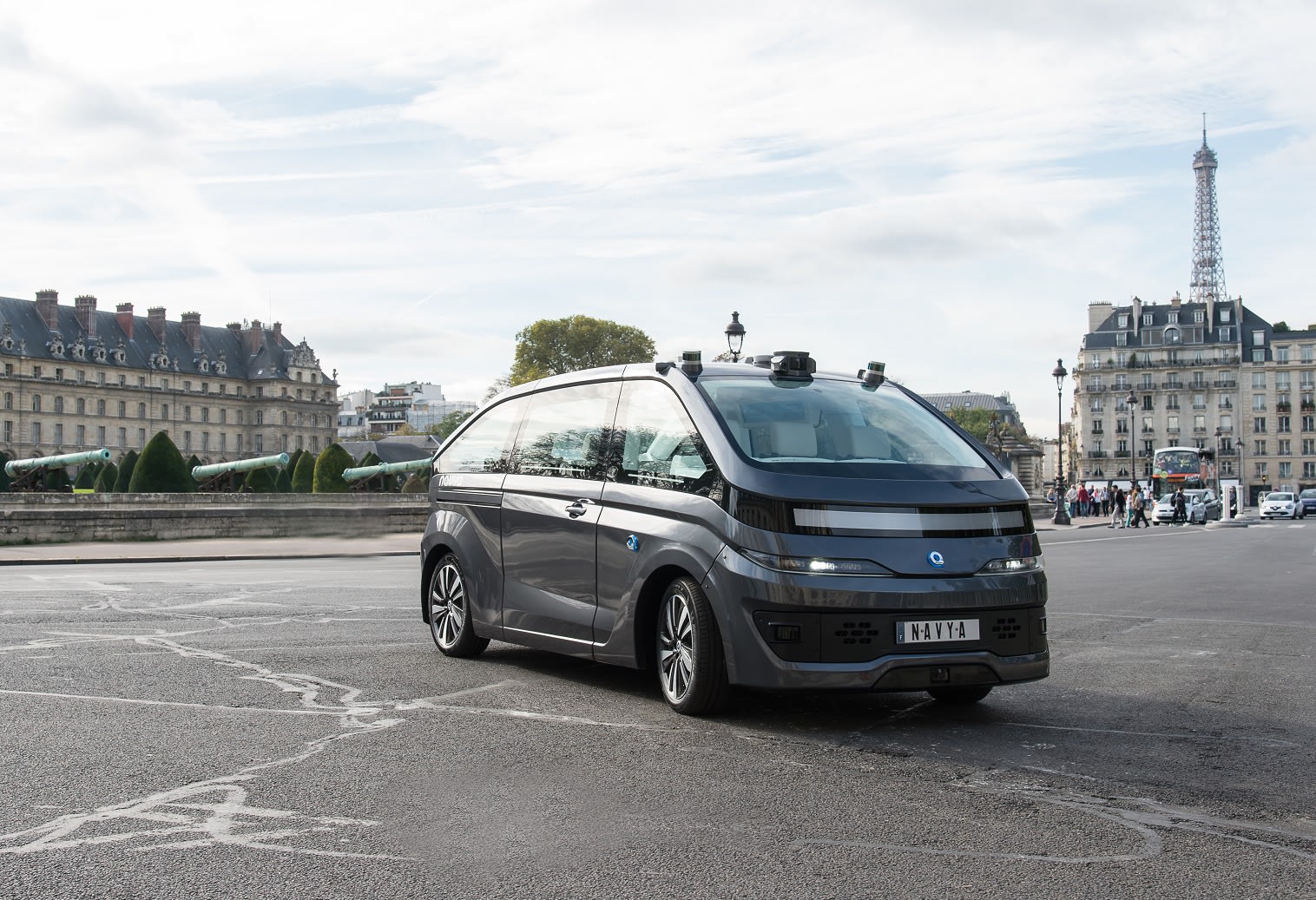 Uber and Lyft have been racing to apply autonomous technology to their ridesharing platforms, but Navya might have beat them in the race for the first self-driving taxi. Today, the company announced its Autonom Cab vehicle, which is built to haul up to six people around cities without a driver.

The Autonom Cab is essentially a smaller, higher-speed version of Navya's self-driving shuttles that have been roaming around the University of Michigan and will start plying Las Vegas' roads tomorrow. While those drive at around 15 miles per hour, the Autonom Cab will zip around city streets at an average of 30 mph, carting people to and from their destinations. And just like the shuttles, the Cab doesn't have a driving wheel or pedals, meaning it's built to be level 4 ADS-DV autonomous and require no human input to move.

Navya's just introducing a new vehicle, not a service; They're leaving all the ridesharing infrastructure heavy lifting to companies that want to buy the Autonom Cab. But given the inroads Navya has already made in University of Michigan and Las Vegas, they could get their new self-driving taxi on more US streets.

Source: Business Wire
In this article: autonomous, autonomoustaxi, AutonomousVehicles, car, gear, Navya, SelfDrivingCar, transportation
All products recommended by Engadget are selected by our editorial team, independent of our parent company. Some of our stories include affiliate links. If you buy something through one of these links, we may earn an affiliate commission.