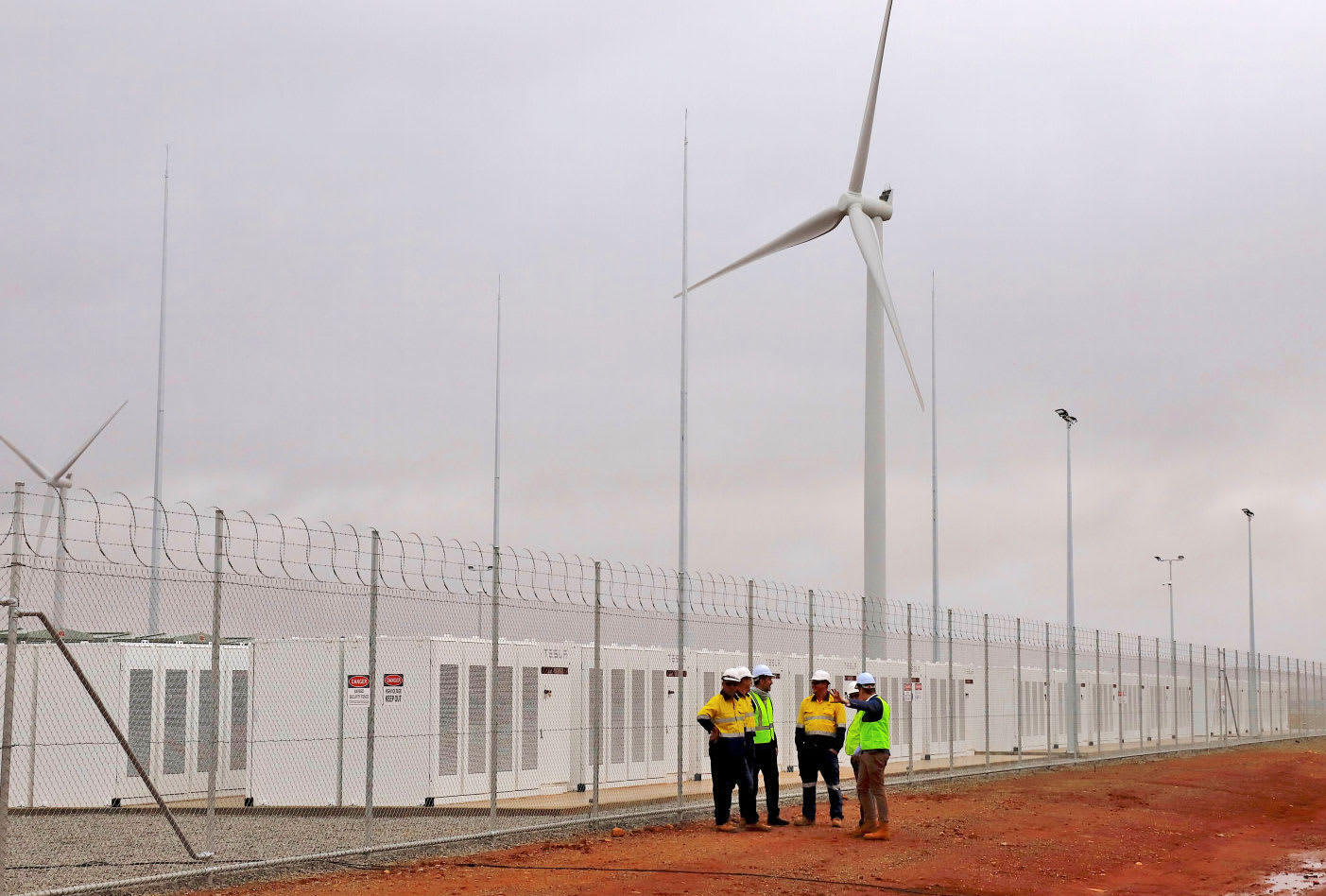 With a little lot of help from Tesla, Australia is now home to the world's largest lithium-ion battery. Back in March, Elon Musk told Atlassian CEO Mike Cannon-Brookes that he could create a 100MWh battery storage farm within 100 days -- otherwise, his company would do the job for free. The Twitter pledge was in response to ongoing power shortages in South Australia, which were causing blackouts and political uncertainty about the country's push toward renewable energy sources. The batteries were delivered and installed before the summer -- well ahead of Musk's self-imposed deadline -- and today, they were switched on for the first time.

Tesla's Powerpacks are connected to a wind farm in Hornsdale, owned by French renewable energy company Neoen. Jay Weatherill, a politician and current Premier of South Australia, says it's the first time the state has been able to reliably dispatch wind energy to the grid 24 hours a day, seven days a week. It was possible, of course, to capture this energy resource before -- the problem has been controlling when, and how much of the resulting electricity is fed back into the grid. With a 100MWV battery farm, the state can now power more than 30,000 homes, regardless of the weather.

"The completion of the world's largest lithium-ion battery in record time shows that a sustainable, effective energy solution is possible," a Tesla spokesperson said. "We are proud to be part of South Australia's renewable energy future, and hope this project provides a model for future deployments around the world." Tesla has built similar battery farms before; a year ago, the company completed a 20 MW system in Ontario, California that can store up to 80 MWh of electricity. It took just 90 days for the company -- that hopes to commoditize electric cars, semi-trucks and home energy storage -- to install the necessary 396 Powerpacks.

Via: The Verge
Source: Jay Weatherill
In this article: Australia, Battery, BatteryFarm, business, Powerpack, SouthAustralia, Tesla, tomorrow, Wind, WindFarm
All products recommended by Engadget are selected by our editorial team, independent of our parent company. Some of our stories include affiliate links. If you buy something through one of these links, we may earn an affiliate commission.