Tesla has completed its 100 megawatt Powerpack battery backup system in South Australia within 100 days (easily), as Elon Musk had promised. That means the company essentially won the "bet," and won't be on the hook for the entire cost of the project, estimated at $50 million. More importantly, it means that some 30,000 homes in South Australia will have a power backup in case there's no breeze at the Hornsdale Wind Farm located about two hours from Adelaide.

"An enormous amount of work has gone in to delivering this project in such a short time," said South Australian Premier Jay Weatherill in a statement. "The world's largest lithium ion battery will be an important part of our energy mix."

Musk famously promised to build the Powerpack-based system in 100 days, but that now seems more like a savvy PR move than an actual bet. Musk said that the clock would start when the contract was signed, and on that day (September 29th), the project was actually about half done, as the photo above shows. That said, Tesla finished a whopping 45 days ahead of schedule, and if you don't count weekends, Tesla did actually finish the project exactly 99 days after Musk made the initial bet. 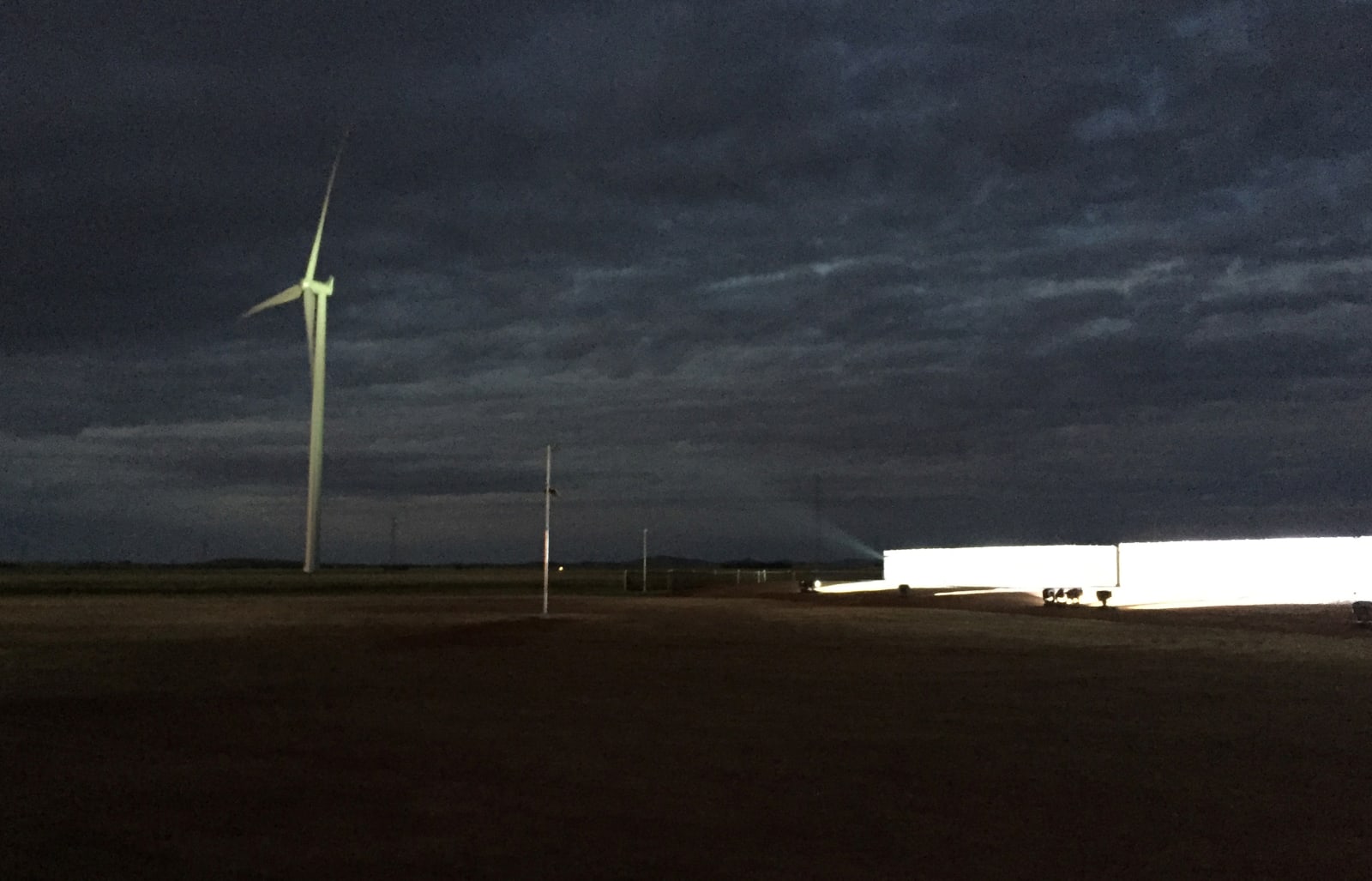 The next step is to test the Powerpack system, which is designed to backup around 30,000 homes -- exactly the number that were affected by a long blackout in September, 2016. That set off a storm of criticism in South Australia, include a sharp exchange between Weatherill and Australian Environment Minister Josh Frydenberg.

Critics of solar and wind energy claim that unlike coal or nuclear, it's often not dependable -- sometimes, obviously, the wind doesn't blow and the sun doesn't shine. Lithium battery backup systems from companies like Tesla can charge up when such power plants are productive, however, and then provide backup energy when they're not.

Tesla sells the Powerwall system for individual homes, letting users get more out of their solar panels. The Powerpack, however, is aimed at businesses and large power producers. The Hornsdale farm is currently the largest battery backup installation in the world at 100 megawatts, but as solar and wind energy become increasingly popular, that record is likely to be shattered soon.

Congratulations to the Tesla crew and South Australian authorities who worked so hard to get this manufactured and installed in record time! https://t.co/M2zKXlIVn3