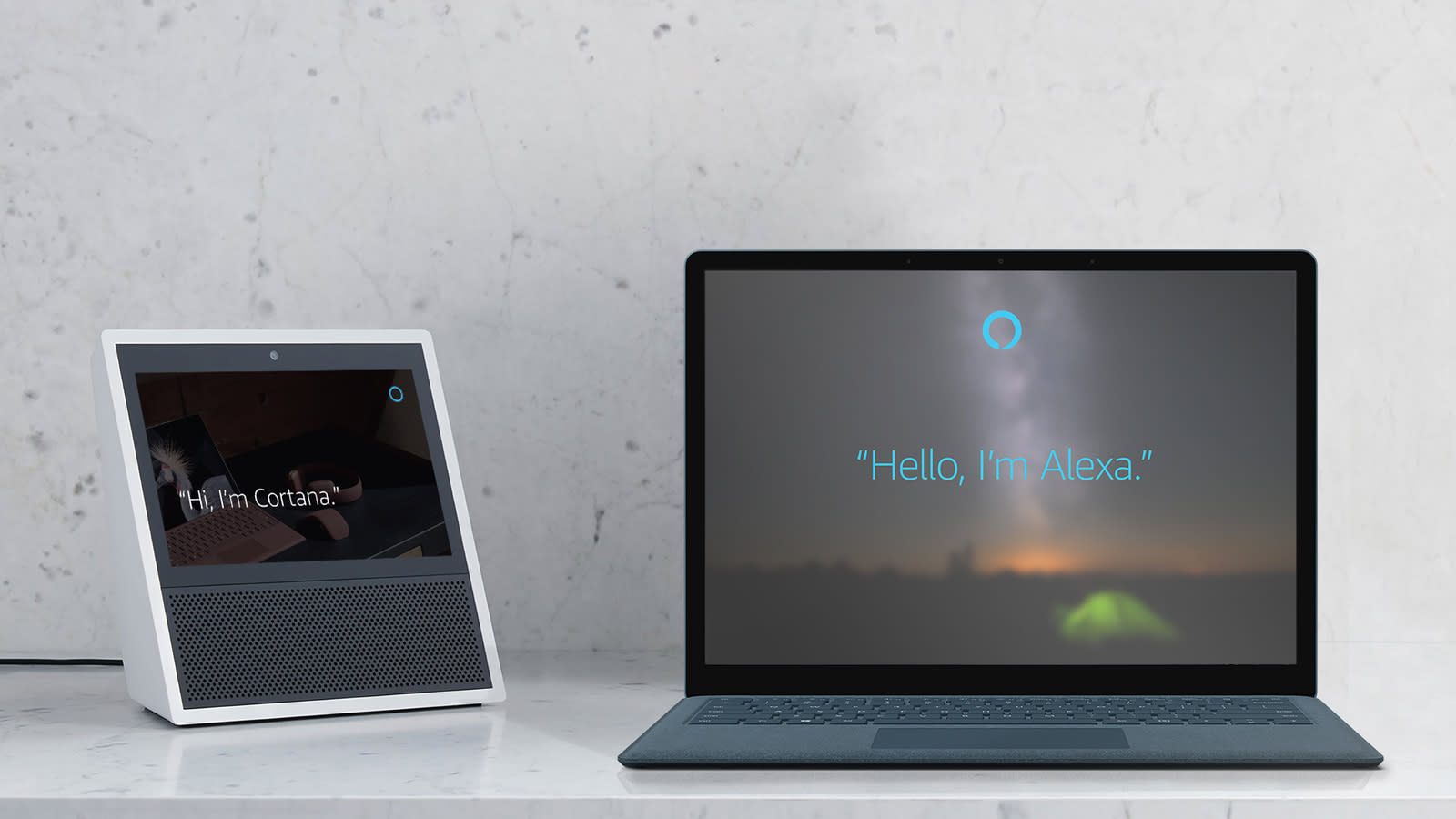 Remember how Amazon and Microsoft unveiled a team-up that would let Alexa and Cortana talk to each other by the end of 2017? As you might have noticed, that didn't quite work out as planned. Thurrott has pointed out that the voice assistant crossover still isn't available as 2018 begins. It's not clear why, either. Both Amazon and Microsoft have said that they expect to say more "soon," but that's no guarantee of news at CES or another imminent event.

The team-up promises to greatly simplify voice control in the home. You could issue commands to an Echo speaker that take advantage of Cortana's access to Office- and Windows-specific features, while you could use Cortana to access the many, many skills Alexa offers. In short: instead of having to remember which AI helper to use at any given moment, you could settle on one.

It's also a defensive measure. Both Amazon and Microsoft have to worry about competing platforms. Google is the most direct threat, since it allows Assistant on third-party hardware, but the two have to consider Apple as well -- after all, you're less likely to consider an Echo or a Cortana speaker if you buy a HomePod. Theoretically, this lets Amazon and Microsoft focus on their largest threats instead of trying to take each other down.

In this article: ai, alexa, amazon, av, cortana, gadgetry, gadgets, gear, internet, microsoft, voiceassistant, VoiceControl, VoiceRecognition
All products recommended by Engadget are selected by our editorial team, independent of our parent company. Some of our stories include affiliate links. If you buy something through one of these links, we may earn an affiliate commission.