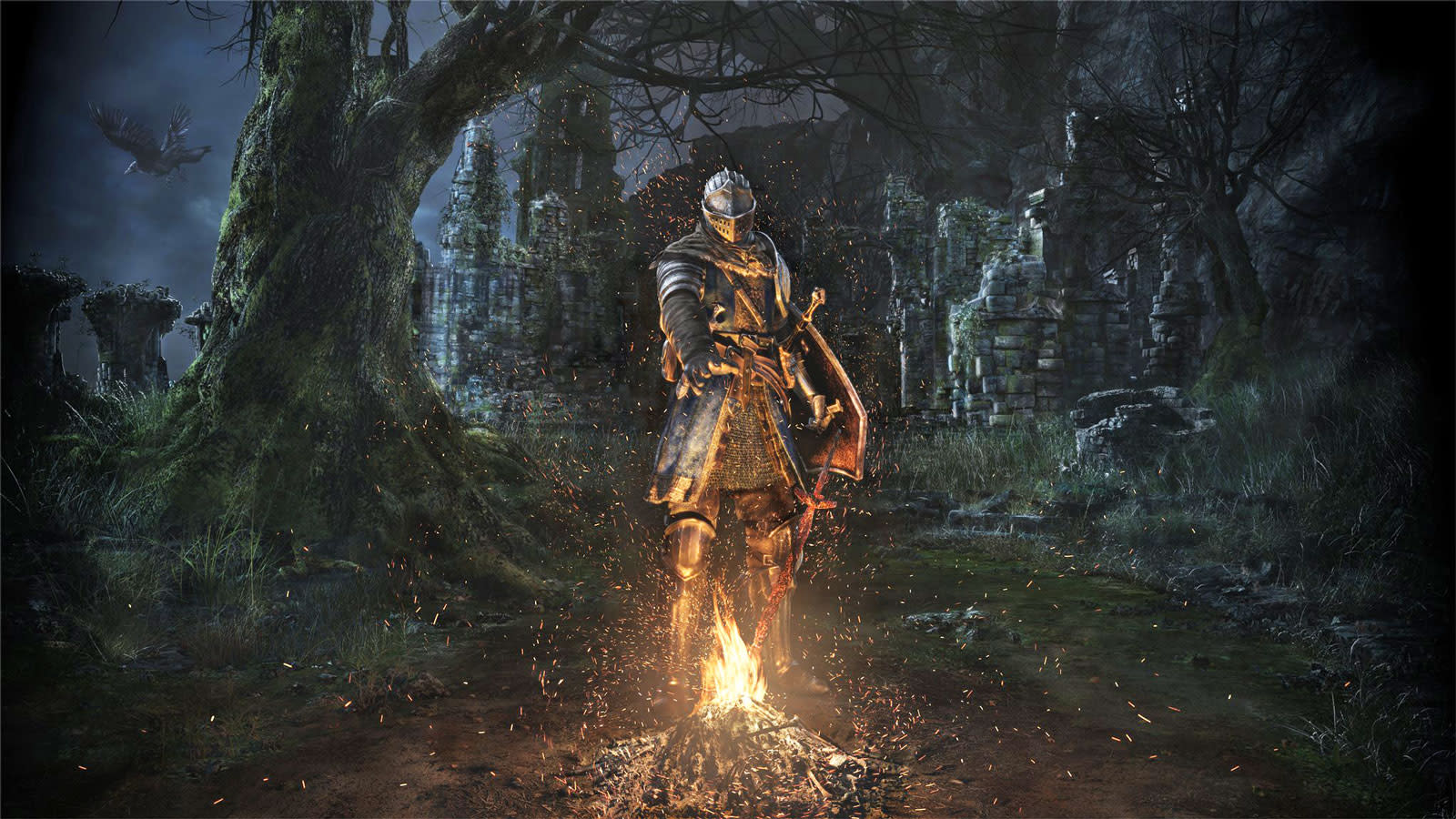 Nintendo revealed another slew of titles that will come to the Switch, from old favorites and cult classics to, uh, Dark Souls. In today's Nintendo Direct video, the company announced new Kirby and Mario Tennis games headed to the console, plus a couple indie games and re-releases. There's also DLC coming for some of the console's best games, including Super Mario Odyssey, Pokkén Tournament DX and Mario + Rabbids.

Dark Souls: Remastered, out on May 25th, joins Skyrim and Doom as prominent third-party games getting new life on Nintendo's console. The 2013 game Payday 2 is also coming to the Switch on February 27th, complete with online cooperative gameplay. On the indie side, the EA Originals game Fe is coming to Nintendo's console on February 16th, while tower platformer Celeste is out on January 25th.

Players looking for more relaxed gameplay can try out the Dragon Quest Builders demo, live on the Nintendo eShop today. The Switch is also getting a port of the action RPG Ys VIII: Lacrimosa of Dana this summer, which came out on the PlayStation Vita in 2016. Fighting game fans won't get new full games, but they will get the odd SNK Heroines Tag Team Frenzy this summer and revived 16-bit ACA NEOGEO Art of Fighting today on the Nintendo eShop.

On the first-party side, Nintendo announced Kirby Star Allies will arrive for the Switch on March 16th, while the new title Mario Tennis Aces is slated for release sometime in the Spring. A definitive version of the Dynasty Warriors-like horde brawler Hyrule Warriors, which includes all the content from the old Wii U and 3DS versions of the game plus character skins from Breath of the Wild, will come to the console sometime in Spring 2018. The Wii U's underrated Donkey Kong Country: Tropical Freeze is getting ported to the Switch, out on May 4th. And out of nowhere, Square Enix's Nintendo DS cult hit (released a solid decade ago) The World Ends With You is getting re-released on the Switch and will be available at some point in 2018.

On the DLC front, the free Super Mario Odyssey content addition is titled Luigi's Balloon World and comes out next month. Unfortunately, it's only a minigame with leaderboards, but Nintendo knows their audience: "It's like a new form of objective-based speedrunning!" as the announcer described it in the Direct video. The paid Battle Pack DLC for Pokkén Tournament DX will be split in half, the first arriving on January 31st and the second on March 23rd, with each introducing a new battle Pokémon (Aegislash and Blastoise, respectively) and supports. New DLC for Mario + Rabbids includes new story content starring Donkey Kong as a playable fighter this Spring.

Phew! Sadly, no Metroid, Super Smash Bros or Animal Crossing news, but that's still a hefty amount of new and old content in the next few months to tide us over until Spring announcements.

In this article: av, gaming, mario, mariotennis, nintendo, NintendoDirect, nintendoswitch, pokkentournament, supermarioodyssey
All products recommended by Engadget are selected by our editorial team, independent of our parent company. Some of our stories include affiliate links. If you buy something through one of these links, we may earn an affiliate commission.