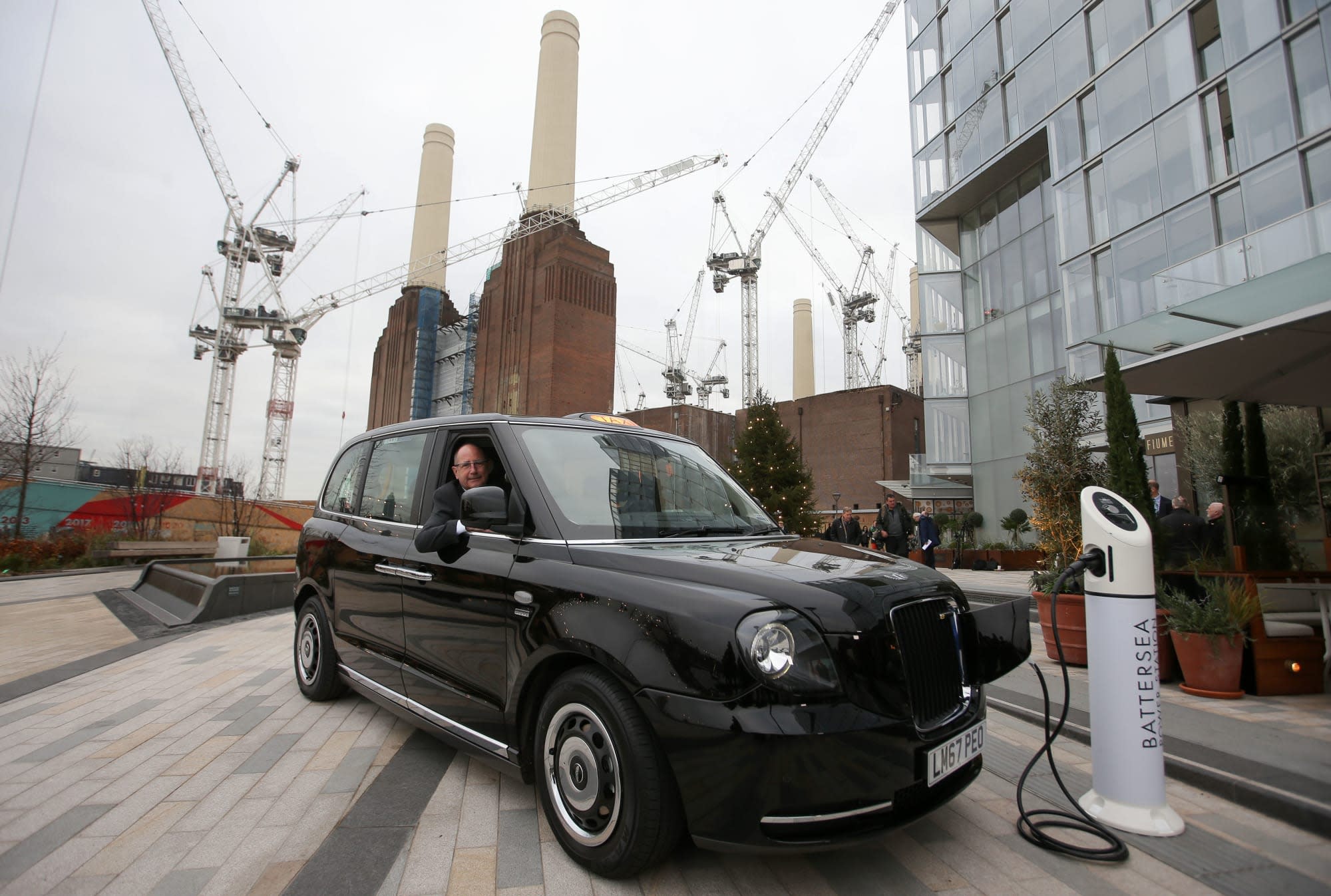 London's new electric taxis have been delayed. The "TX" cabs developed by LEVC were supposed to arrive in the capital late last year. But there's a problem with the system that tracks time and distance — recorded as electric "pulses" — for the all-important fare meter. It's forced the company to push back its delivery schedule while a fix is developed and approved by Transport for London (TfL). "Deliveries are subject to a short delay as a result of an unexpected issue with compatibility with the taxi meters and the taxi," an LEVC spokesperson said. "The problem is understood, and it involves the pulse messages sent between the vehicle and the meter."

LEVC, formerly known as The London Taxi Company, is working with TfL and third-party meter suppliers on a solution. It's unclear exactly which component is causing the issue, however. A spokesperson explained that it's causing the taxis to deliver fewer "pulses" than normal, which in turn produces low, inaccurate fares. (Not a bad problem for London citizens, but I'm sure taxi drivers wouldn't be impressed.) LEVC now expects to fulfil its first taxi orders sometime next week. Only then can it usher in the greener, tech-savvy era of transportation mayor Sadiq Khan has been longing for.

The new car has a 1.3 litre, three-cylinder petrol engine that acts as a generator for a battery pack and electric motor. As a pure EV, it can travel up to 70 miles on a single charge, but with a full tank of petrol that rises to 400 miles. Its green credentials, then, are limited, but it does meet the zero-remissions capable" requirement that was introduced on January 1st. London's air quality is notoriously bad and it's hoped the new cabs will improve public health as older, traditional gas-guzzlers are switched out.

The TX comes with a contemporary interior too. It has onboard WiFi, USB charging and support for contactless payments — a requirement in London since 2016. Drivers also have access to a sat-nav with information about traffic congestion and charger points. The latter will be crucial as the city gradually expands its EV-refueling infrastructure. Steve McNamara, general secretary of the Licensed Taxi Drivers' Association, told the Guardian that there is "still nowhere near the number of rapid charge points" required in central London. Tfl has promised to install 300 by 2020, but the slow roll out could limit the initial interest from drivers.

There's also the issue of price. At £55,600 — including an electric vehicle grant of £7,500 — it's hardly an impulse buy. Though running costs are lower, the initial cost is considerably higher than a traditional diesel model. That's a problem for an industry that is already steeling itself against ride-hailing services such as Uber. At the moment people are very hesitant," McNamara added. "We've got to pay £12,000 more for a vehicle that we don't know the reliability or durability of, at a time when the market is being squeezed by that company [Uber]." The TX has an uphill battle, then, even once LEVC has fixed its mysterious vehicle-to-meter interface glitch.

In this article: Electrictaxi, ElectricVehicle, EV, LEVC, London, LondonElectricVehicleCompany, Taxi, tomorrow, transportation
All products recommended by Engadget are selected by our editorial team, independent of our parent company. Some of our stories include affiliate links. If you buy something through one of these links, we may earn an affiliate commission.