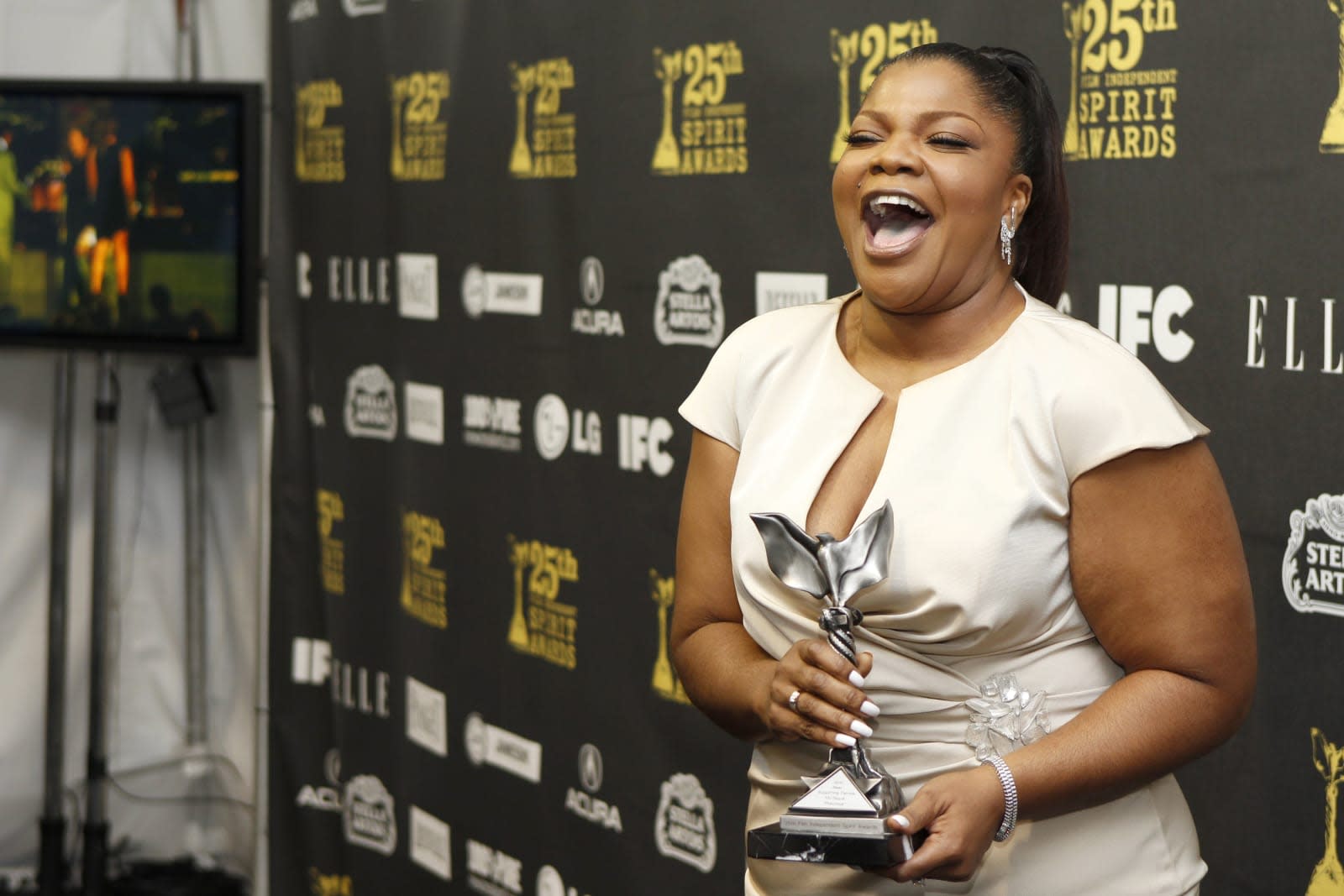 Pay gaps in the entertainment industry might not be limited to conventional productions. Actress and comedienne Mo'Nique has called for a boycott against Netflix after accusing the service of gender- and race-based pay gaps. It reportedly offered Mo'Nique $500,000 for a comedy special where Amy Schumer was offered $11 million (negotiated up to $13 million) and Dave Chappelle was offered $20 million. Mo'Nique said she challenged Netflix on the gap, but received contradictory answers -- while the service claimed "we don't go off resumés" when justifying her pay, it reportedly defended Schumer's revenue by citing her experience.

She also learned that she wasn't alone. Wanda Sykes told Mo'Nique on Twitter that Netflix offered her "less than half" of that $500,000 for a Netflix special, leading her to turn to Epix instead. Needless to say, that raised a question: why would the two comedy veterans receive combined offers less than a tenth those of others? Mo'Nique didn't object to the high pay for others -- it just wasn't clear as to why the figures for her and Sykes were so much lower.

Whether or not the pay difference is evidence of systemic discrimination, it underscores the mounting concerns about discrimination and harassment in streaming services. Now that Netflix and others can regularly pay top dollar for stars, questions over pay gaps could easily become more commonplace: just why is it worth shelling out millions for some stars, but just a fraction of that for others who are clearly famous? This doesn't mean that companies like Netflix will have to offer a middle-of-the-road actor as much as an A-lister, but they may have to pay more heed to disparities going forward.