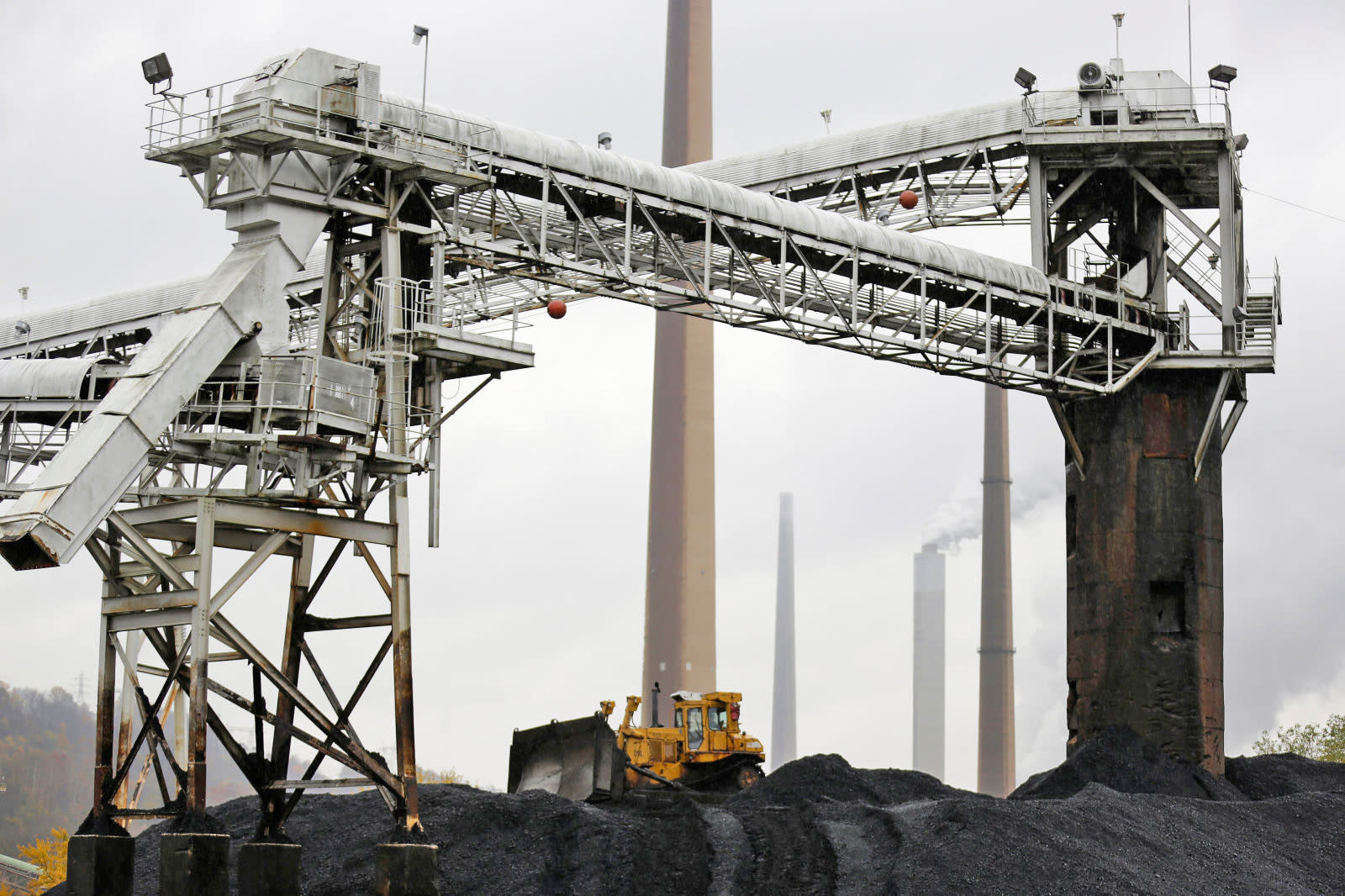 The Trump administration has been eager to prop up the US coal industry despite evidence that it's in a steep decline. But did it have much of an effect? Not really. Reuters has obtained preliminary Mining Health and Safety Administration data showing that there was negligible job growth in coal mining during 2017. The field added a total of 771 jobs, reaching 54,819 -- a figure still near historic lows. There was growth in Pennsylvania, Virginia and West Virginia, but that was largely offset by mine closures in several states, including Ohio (414 jobs lost) and Texas (455).

The picture isn't much brighter for 2018. Pennsylvania, for instance, is poised to see an overall loss in coal jobs now that Dana Mining has planned to close a mine that employs roughly 400.

The job losses are unfortunate, but expected. While renewables are growing quickly, it's mainly natural gas driving the shift -- while it's not as clean as solar or wind, it's cheaper than coal and still reduces CO2 emissions. Companies frequently face the choice of switching away from coal or refocusing on those coal operations that still have plenty of business, such as those shipping to overseas customers.

It's difficult to know whether policies from the White House or the Republicans have had an effect, or even whether they could. While there have been efforts to open the doors to more mining and to roll back environmental protections, those only help if the industry sees a bright future in the first place. When renewable power sources are growing quickly and natural gas is more affordable, it's possible that there's little any politician could do to spark growth.

In this article: coal, donaldtrump, energy, environment, gear, green, politics, scottpruitt, trump, whitehouse
All products recommended by Engadget are selected by our editorial team, independent of our parent company. Some of our stories include affiliate links. If you buy something through one of these links, we may earn an affiliate commission.