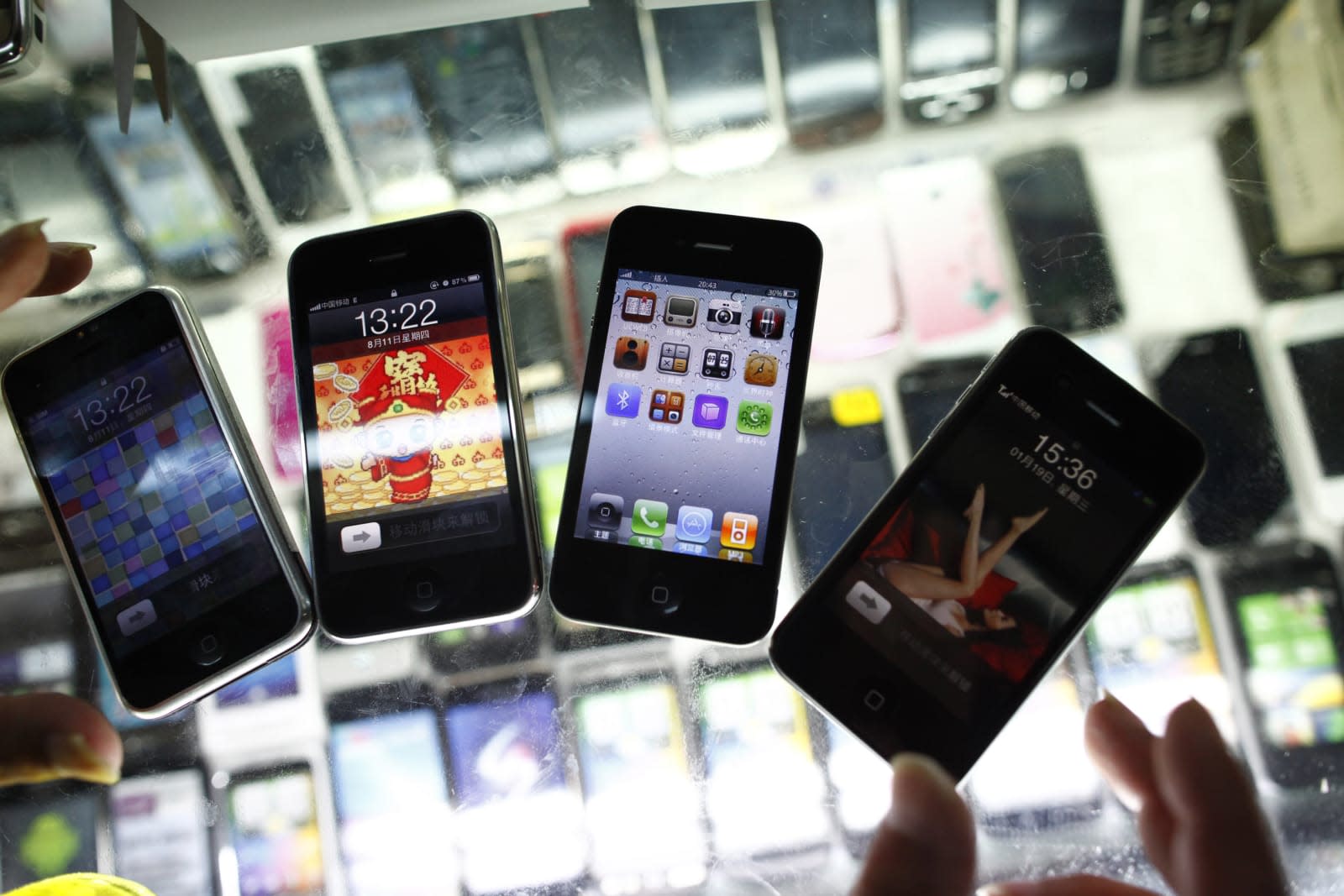 Fake Apple devices have been making the rounds for years, but it's rare that they have much sway in the US -- although it looks like one team of bootleggers had a surprising amount of success. Jianhua Li, a Chinese man living in the US on a student visa, has pleaded guilty to charges he trafficked in more than 40,000 counterfeit electronic devices from China between 2009 and 2014, including iPads and iPhones. All told, he received a whopping $1.1 million in payments -- no mean feat for several years of contraband. He wasn't alone in the plot, either, and the scheme was relatively elaborate.

Three others (Andreina Becerra, Rosario LaMarca and Roberto Volpe) working with Li have already pleaded guilty. The group tried hard to disguise their activities, according to the Justice Department -- they shipped the counterfeit labels separate from the devices to avoid border control, and used carefully crafted money deposits and transfers to hide the source of the ill-gotten revenue.

Li faces sentencing on May 30th.

These sorts of operations are common worldwide, but it's not often that relatively large counterfeiters are caught in the US. Not that this is likely to be last, either. Counterfeit electronics often cost so much less than the real deal (particularly with newer Apple gadgets) that they may seem like a bargain even at a steep markup. In short, they're tempting options for anyone hoping to make a quick buck in counterfeits with little effort.

In this article: apple, china, counterfeit, crime, DepartmentOfJustice, doj, fake, gadgetry, gadgets, gear, ipad, iphone, mobile
All products recommended by Engadget are selected by our editorial team, independent of our parent company. Some of our stories include affiliate links. If you buy something through one of these links, we may earn an affiliate commission.